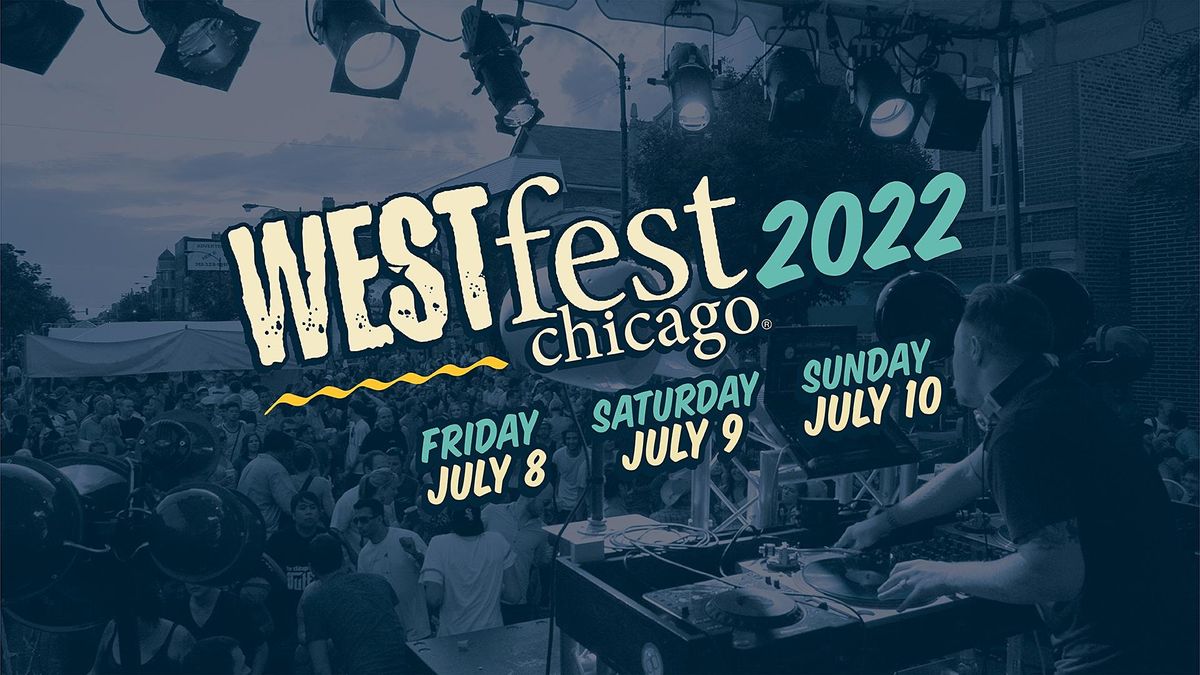 Friday July 8th-Sunday July 10th // All Ages
About this Event

Per day schedules to be released at a later date

WHERE: Chicago Ave. between Wood & Damen

What makes West Fest Chicago so unique? The festival stands out because it is locally planned and managed by the West Town Chamber of Commerce, thus the emphasis is on local offerings and talent. West Fest Chicago presents neighborhood retailers and restaurants, plus local fine artists and makers as vendors. The event also features Pet Fest with dog activities for charity, and Kid Fest with family activities and live entertainment, and more.

There is a $10 suggested donation to attend West Fest Chicago. Proceeds benefit the West Town Chamber of Commerce, a local 501 C6 providing valuable programs and services for the small businesses in West Town Chicago.