Comedy on the Avenue with Dan James & friends! 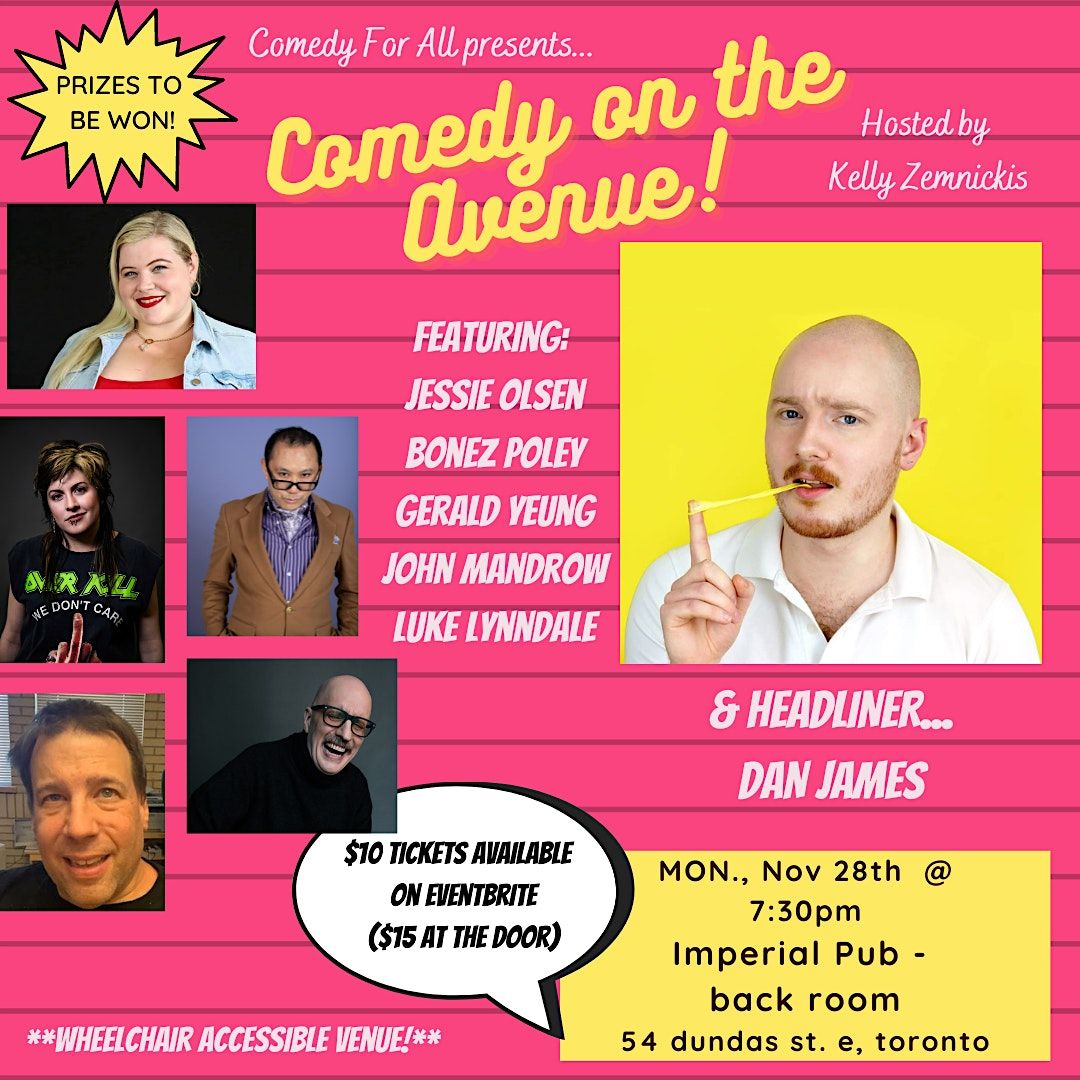 Advertisement
Start your week off RIGHT with a great comedy show, awesome food & drink all in the heart of downtown Toronto. We're fully accessible, too!
About this Event

W﻿e're thrilled to bring you another fantastic night of comedy at Toronto famed (& wheelchair accessible!) Imperial Pub!! On Monday, November 28th at 7:30pm come on down and join for a night of laughter AND prizes (yes! we have prize to win at this show)!!

J﻿essie Olsen is an up-and-coming comedian from Toronto. She hosts a spicy podcast called Your Place or Mine and produces comedy shows all around the city under the same name. When she’s not on stage you can find her wasting hours on Tinder searching for love and a great lay...only somewhat successfully.

Vancouver transplant Gerald Yeung is a standup comic, sketch performer and writer, whose work has been seen in Toronto Fringe and Toronto Sketchfest. He co-produces standup showcase Wretched Hive of Fun and Comedy in the Junction.

B﻿onez Poley leads a colourful life to say the least. Her unique brand of self-deprecating humour weaves twisted testimonies into an honest and intimate storytelling experience.

J﻿ohn Mandrow is a new face on the Toronto scene, and a staple of the virtual comedy scene that bloomed in 2020.

Luke Lynndale is a comedian and actor. When Luke is performing, hang on for the ride - it's fast and hilarious. In September 2022, he recorded his debut comedy album - Luke Lynndale Live (available on all streaming platforms). He was a finalist in the Comedian of The North comedy competition in Thunder Bay, ON, performed in the Salem Comedy Festival (Salem, PA), New York Underground Comedy Competition (New York, NY), Comedy Chateau Festival (Los Angeles, CA.) and Finger Lakes Comedy Festival (Ithaca, NY). Luke's rage-fueled humor has been said to be a combination of Lewis Black and Jerry Seinfeld, if Seinfeld was upset about things that mattered. 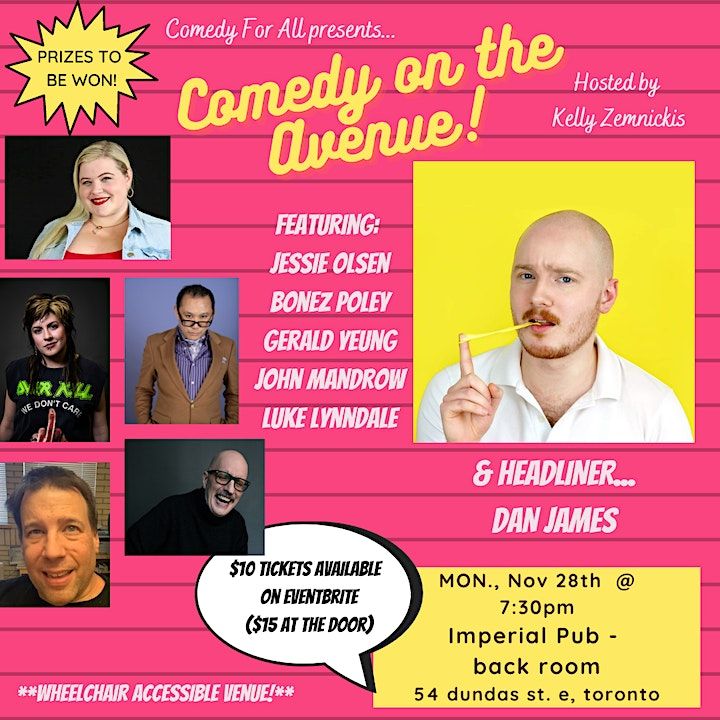