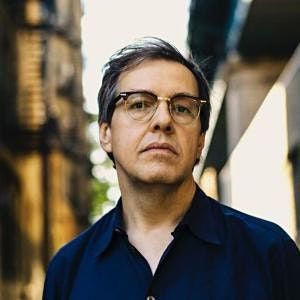 Piano Chair, New England Conservatory of Music, Bruce Brubaker will be giving a masterclass for PYPA Piano Festival young artists on July 30 at 9:30 AM!

Bruce Brubaker joined the New England Conservatory faculty in 2004, and became piano chair in 2005. In live performances from the Hollywood Bowl to New York’s David Geffen Hall, from Paris to Hong Kong, and in his continuing recordings for ECM, InFiné, and Arabesque—Bruce Brubaker is a visionary virtuoso. Named “Young Musician of the Year” by Musical America, Bruce Brubaker performs Mozart with the Los Angeles Philharmonic, and Philip Glass on the BBC. Profiled on NBC’s "Today" show, Brubaker’s playing, writing, and collaborations continue to show a shining, and sometimes surprising future for pianists and piano playing. His blog “PianoMorphosis” appears at ArtsJournal.com.

Pulitzer Prize–winning Washington Post critic Tim Page has said: “I wouldn't trade Pollini, Argerich, Richard Goode, Peter Serkin or Bruce Brubaker (to mention a terrific younger artist) for any handful of Horowitzes!” Brubaker was presented by Carnegie Hall in New York, at France’s International Piano Festival at La Roque d’Anthéron, by the St. Louis Symphony at the Sheldon, at Trifolion in Echternach, the Philharmonie de Paris, at Michigan’s Gilmore Festival, and at Boston’s Institute of Contemporary Art, as opening-night performer in the museum’s acclaimed Diller Scofidio + Renfro-designed building. He is a frequent performer at New York City's Le Poisson Rouge and France’s Folle Journée in Nantes.

Bruce Brubaker’s albums for Arabesque include Time Curve (music by Philip Glass and William Duckworth), Hope Street Tunnel Blues (music by Glass and Alvin Curran, featuring Brubaker’s transcription of a portion of Glass’s opera Einstein on the Beach, Inner Cities (including a live recording of John Adams’s Phrygian Gates and Brubaker’s transcription of part of Adams’s opera Nixon in China, and the first album in the series, glass cage, named one of the best releases of the year by The New Yorker magazine.

Brubaker has premiered works by Glass, Meredith Monk, Nico Muhly, Mark-Anthony Turnage, Oliver Lake, Simon Hanes, and John Cage. He performed at Sanders Theater in collaboration with Cage during the composer's tenure as Charles Eliot Norton Lecturer at Harvard University. Of Brubaker's playing at a later recital at Harvard, The Boston Globe wrote: “A big-toned, brainy, firebrand kind of music making that made you think of—dare one say this?—Rudolf Serkin.”

Bruce Brubaker appeared on Arte in a live broadcast from the Gaîté Lyrique in Paris, and is featured in the documentary film about the Juilliard School, made for the PBS “American Masters Series.” As a member of Affiliate Artists Xerox Pianists Program, he presented residencies and performed with orchestras throughout the United States.

At NEC, in addition to his teaching duties, Brubaker has coordinated schoolwide celebrations of the music of Cage, Chopin, Haydn, Liszt, Messiaen, Schuller, Scriabin, and Shostakovich that have included performers outside the piano department, as well as Preparatory piano students performing alongside College piano majors. Under Brubaker's guidance, the weekly Piano Seminar has exposed piano majors and curious members of the public to a wide range of performers and thinkers. He has appeared at NEC in public conversations with Alvin Curran, Meredith Monk, Tim Page, Russell Sherman, and Salvatore Sciarrino.

Brubaker has given masterclasses and forums at the Royal College of Music in London, the Guildhall School in London, Central Conservatory in Beijing, the Sibelius Academy in Helsinki, the Jerusalem Academy of Music and Dance, Columbia University, Leipzig's Hochschüle für Musik, the École Normale in Paris, Ghent's Orpheus Instituut, North Carolina’s Eastern Music Festival, and the San Francisco Conservatory of Music.

Brubaker's articles about music have appeared in The Wall Street Journal, USA Today, Piano Quarterly, Dutch Journal of Music Theory, and Chamber Music magazine. He was co-editor and a contributor to Pianist, Scholar, Connoisseur: Essays in Honor of Jacob Lateiner (Pendragon Press, 2000), a collection paying homage to his former teacher. His essay “Time Is Time” appears in Unfolding Time (2009), available in the U.S. from Cornell University Press. He presented the closing recital in Harvard University’s Crosscurrents conference in 2008.

Prior to coming to NEC, Brubaker was the creator in 2000–2001 of “B-A-C-H,” a six-concert series in New York examining the connections between the music of J. S. Bach and the composers who followed. The previous year, at the turn of the millennium, he organized “Piano Century” in which 100 pianists performed 101 twentieth-century pieces in eleven concerts. Brubaker created and performed Pianomorphosis, a 70-minute multidisciplinary performance piece for the Gilmore International Keyboard Festival. Brubaker's performance piece Haydnseek, was created together with Nico Muhly. Brubaker is the founder and artistic director of the chamber music festival SummerMusic in his native Iowa.

Well known in the music profession as an identifier and nurturer of musical talent, Brubaker's students have won major international competitions and prizes, and built recording and performing careers throughout the world.

Brubaker trained at the Juilliard School, where he received the school's highest award, the Edward Steuermann Prize, upon graduation. At Juilliard, where he taught for nine years, he originated an interdisciplinary performance course involving actors, dancers, and musicians. At Juilliard, he has appeared in public conversations with Philip Glass, Milton Babbitt, and Meredith Monk.