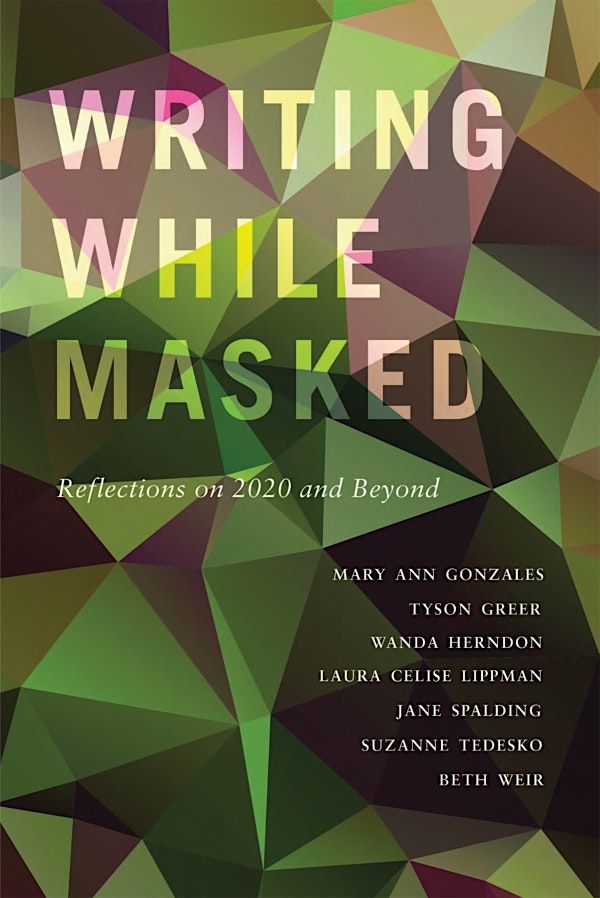 Advertisement
The University Book Store presents Writing While Masked: Reflections on 2020 and Beyond. 7 local authors' recollect about the pandemic.
About this Event

The 7 contributors to the collection Writing While Masked, a local authors’ book of recollections about the early days of the pandemic, are booked for Wednesday December 7 at 6:00 PM! This is a unique opportunity to listen to a lively discussion and meet all the authors while they all still reside in WA.

Each week, seven writers--all retired from professional careers--spend two hours together. The purpose of their gathering is to discuss what they wrote the previous week. For a number of years prior to 2020, the group met in their homes over coffee. The pandemic changed that. Members could not hug at Zoom meetings. Then in May, a white policeman pressed his knee to a Black man's neck for eight minutes and 46 seconds. Other officers looked on with chilling nonchalance as he pleaded, I can't breathe. A teenager captured it all on her cellphone, and the world exploded. The process of putting down their thoughts about the cascading events of the year helped the group weather the challenges of 2020 and beyond. Inside Writing While Masked are personal pieces--writings of the moment, essays that reflect, and poems that express raw emotion. They include thoughts about what the authors experienced and learned, and what they want for the future. Most of all, they are words of hope.

This event is free to attend, though registration is required through the link provided. We encourage all attendees to wear masks during the event and maintain social distancing. If you have questions about this event, please contact us at [email protected] Thank you for supporting your local independent bookstore! 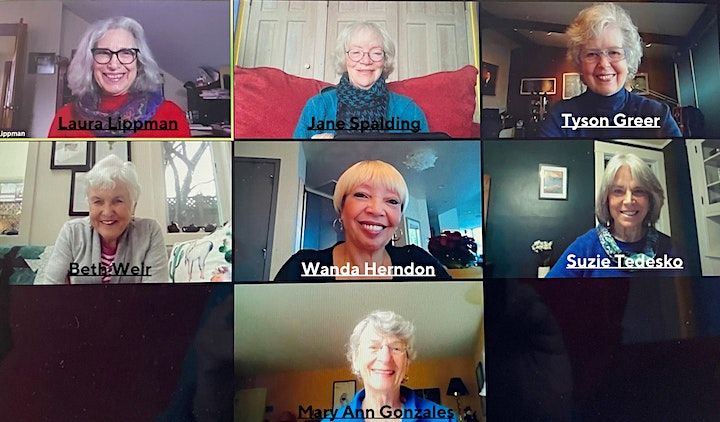 Mary Ann Gonzales helped establish and directed the Ballard Community School for five years. Subsequently she established a similar Community Development Program at Antioch University. Out of that was developed an informational program about AIDS. In addition, Mary Ann spent 17 years as a support group leader for those suffering with AIDS and Multiple Sclerosis. Mary Ann has completed three novels.

Wanda Herndon had a career in corporate public relations attaining executive status in three companies: Dow Chemical, DuPont and Starbucks. Since her retirement she has engaged with business and philanthropic communities and is writing up an account of that experience called Dreadlocks in the Boardroom. Her poem, ‘I Cry’ was published by the Seattle Times after the M**der of George Floyd.

Laura Lippman is a retired family doctor who has discovered many pleasures in retirement; travel, becoming a forest steward, citizen scientist studying fish eggs and seastar epidemics and playing with four grandchildren, besides writing poetry. Her poems have appeared in Crosswinds, Pontoon Poetry, Mobius, The Journal of Social Change among other journals.

Jane Spalding taught for seven years then she discovered nonprofit organizations. That led to twenty years raising money for hospitals, including Harborview Medical Center as the Director of Development. She also spent ten years serving as Director of Corporate and Foundation Relations at Seattle University. Jane’s posts in the book often included her experience of getting to know a friend called Nick. He became her husband in November 2022.

Suzanne Tedesko has had a career as a documentary film researcher and associate director across a broad range of subjects. She began her career in New York and moved to the Pacific Northwest in 1974 to become program director for a six-month long Folklife Festival Expo. Afterwards, she returned to film and video work at KCTS/9, producing two documentaries that aired nationally over PBS stations. Suzanne has just completed her first novel.

Beth Weir was an elementary school teacher in her native New Zealand, a college professor of education for seventeen years in Raleigh, NC and the director of the Dunn Gardens in Seattle. In between she has always written and has been published in magazines such as the Alaskan Beyond Magazine.