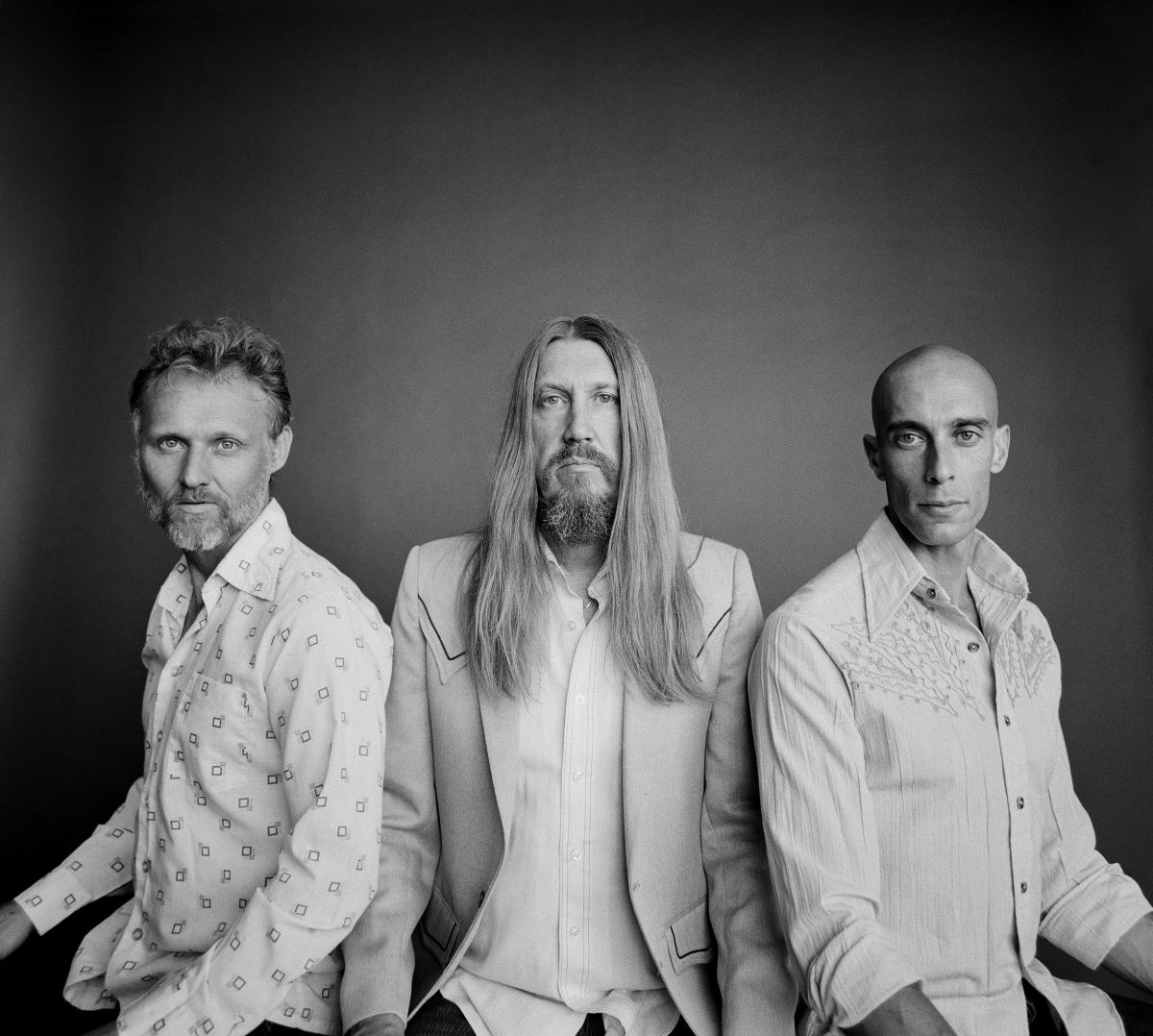 NEW 2021 DATE
About this Event

No backpacks, bags, laptops or tablets allowed in the venue. For a full list of prohibited items, click here.

The Wood Brothers have partnered with Thistle Farms so that $1 from every ticket sold will go towards helping women survivors recover and heal from trafficking, prostitution, and addiction. Thistle Farms is a nonprofit social enterprise based in Nashville, TN, providing a safe place to live, a meaningful job, and a lifelong sisterhood of support. For more info, visit https://thistlefarms.org/pages/our-mission

THE WOOD BROTHERS
Kingdom In My Mind

“Everyone has these little kingdoms in their minds,” says Chris Wood, “and the songs on this album all explore the ways we find peace in them. They look at how we deal with our dreams and our regrets and our fears and our loves. They look at the stories we tell ourselves and the ways we balance the darkness and the light.”

That balance of darkness and light is at the heart of ‘Kingdom In My Mind,’ The Wood Brothers’ seventh studio release and their most spontaneous and experimental collection yet. Recorded over a series of freewheeling, improvised sessions, the record is a reckoning with circumstance, mortality, and human nature, one that finds strength in accepting what lies beyond our control. Thoughtfully honing in on the bittersweet beauty that underlies our doubt and pain, the songs grapple with the power of our external surroundings to shape our internal worlds (and vice versa) through vivid character studies and unflinching self-examination. The lyrics dig deep here, but the arrangements always manage to remain buoyant, drawing from across a broad sonic spectrum to create a transportive, effervescent listening experience that’s indicative of the trio’s unique place in the modern musical landscape.

“My brother came to this band from the blues and gospel world, and my history was all over the map with jazz and R&B,” says Chris Wood, who first rose to fame with the pioneering trio Medeski Martin & Wood. “The idea for this group has always been to marry our backgrounds, to imagine what might happen if Robert Johnson and Charles Mingus had started a band.”

‘Kingdom In My Mind’ follows The Wood Brothers’ most recent studio release, 2018’s ‘One Drop Of Truth,’ which hit #1 on the Billboard Heatseekers Chart and garnered the band their first GRAMMY Award-nomination for Best Americana Album. NPR praised the record’s “unexpected changes and kaleidoscopic array of influences,” while Uncut hailed its “virtuosic performances and subtly evocative lyrics,” and Blurt proclaimed it “a career-defining album.” Tracks from the record have racked up roughly 8 million streams on Spotify alone, and the band took the album on the road for extensive tour dates in the US and Europe, including their first-ever headline performance at Red Rocks, two nights at San Francisco’s legendary Fillmore (captured on their 2019 release, ‘Live At The Fillmore’), and festival appearances everywhere from Bonnaroo to XPoNential.

On past records, the band—brothers Oliver and Chris Wood, and Jano Rix—would often write a large batch of songs and then deliberately capture them all at once, but when it came to making ‘Kingdom In My Mind,’ The Wood Brothers began recording without even realizing it. At the time, the trio thought they were simply breaking in their new Nashville recording studio/rehearsal space, laying down a series of extended instrumental jam sessions with engineer Brook Sutton as a way to learn the lay of the land. Some rooms, they found, were spacious with natural reverb, others were tight and dry; some recording setups required a gentle touch, others encouraged blistering energy.

“We weren’t performing songs,” explains Oliver. “We were just improvising and letting the music dictate everything. Normally when you’re recording, you’re thinking about your parts and your performances, but with these sessions, we were just reacting to each other and having fun in the moment.”

There was something undeniably alive and uninhibited about those performances, and after listening back, the band realized they’d never be able to recreate such spontaneous magic. So, like a sculptor chipping away at a block of marble, Chris took the band’s sprawling improvisations and carefully chiseled out verses and choruses and bridges and solos until distinctive songs began to take shape, songs that reflected influences and elements of the band (like Jano’s smoldering piano work and Chris’s affinity for Latin and African music) that had never shone through in quite the same way before. From there, the brothers divvied up the material that spoke to them most, penning lyrics both separately and together as they pondered what it takes to know contentment in our chaotic and confusing world.

The jaunty “Little Bit Sweet,” which was born from the band’s very first session, learns to appreciate the ups and downs in the circle of life, while the soulful “Cry Over Nothing” and hypnotic “Little Blue” playfully meditate on ego and perspective, and the funky “Little Bit Broken” celebrates the imperfections that make us human. Tracks like the bluesy “A Dream’s A Dream” and hypnotic “Don’t Think About My Death,” meanwhile, grapple with separating truth from fiction, ultimately coming to terms with the fact that our brains will always find new ways to blur those lines. Though the album advocates for acceptance, it’s not a passive brand the brothers sing about, but rather one rooted in strength and empowerment. To understand exactly what that means, look no further than album opener “Alabaster,” which paints a deeply empathetic portrait of a woman who’s broken free from the shackles of her old life and started over fresh.

“At the same time we were making this album, we were looking for some sort of philanthropic organization we could support with our music and in a bit of synchronicity, we came across this great group called Thistle Farms, which was based just down the street from our studio,” says Oliver. “Their goal is to help women who have been victims of sex trafficking or prostitution or addiction to get off the street and into safe housing where they can participate in therapy and job training. The work they were doing was so inspiring and it felt like such a fit with the kind of album we were writing that we teamed up with them to donate a portion of ticket sales from all our shows. It’s our way of using what we’ve got to do whatever good we can in the world.”

More than anything, it’s that mindset, that recognition that we’ve all been dealt our own particular hand of cards and life is in the way we play them, that defines ‘Kingdom In My Mind.’ As Oliver sings on the captivating “Satisfied,” which finds its narrator wondering about the glories of the afterlife before ultimately deciding to make the most of his time on Earth, “I’ve got nothing left to be afraid of / Because I will be satisfied.” With an album this remarkable, The Wood Brothers have plenty to be satisfied about. 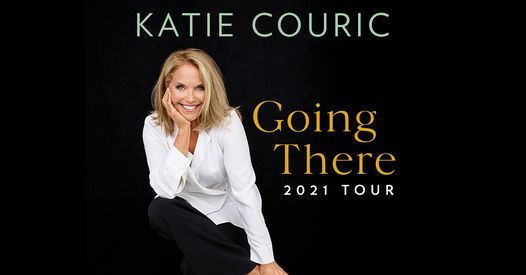 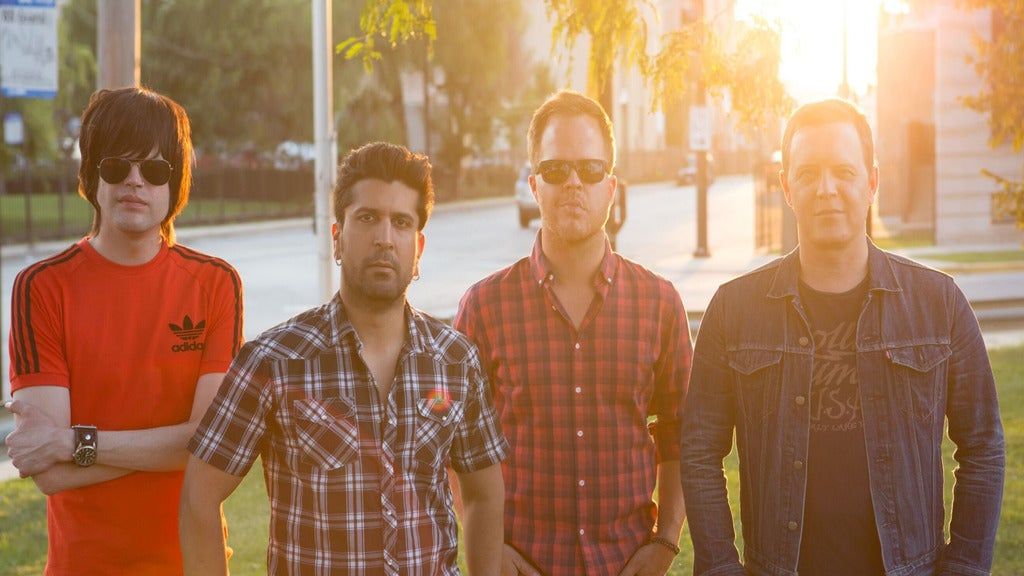 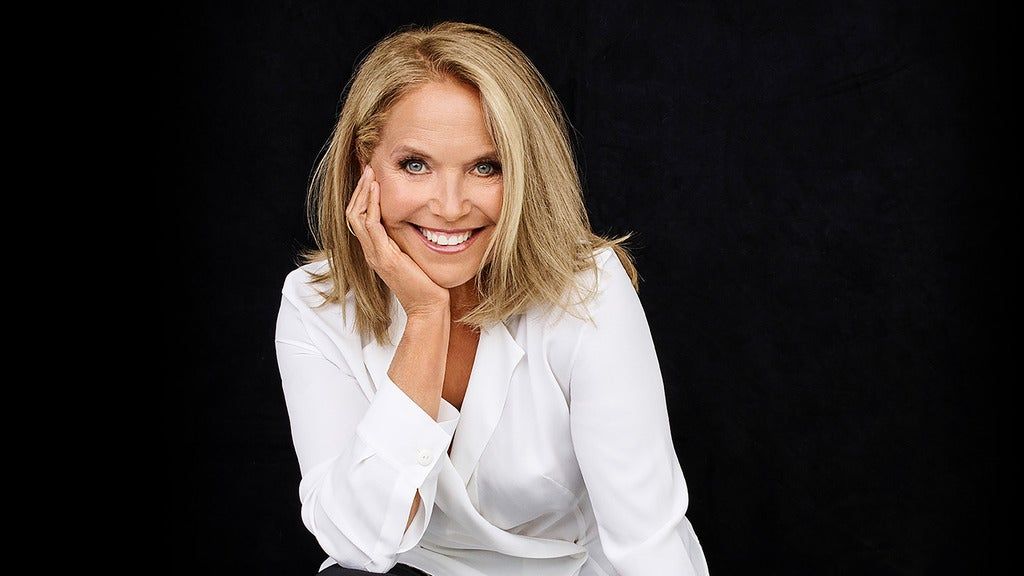 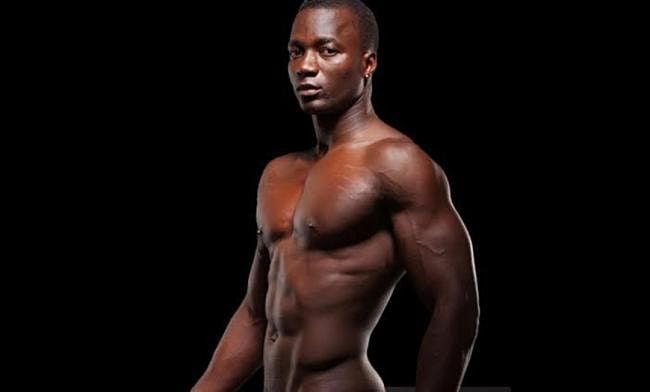 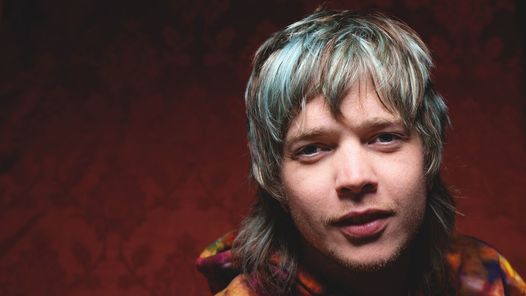 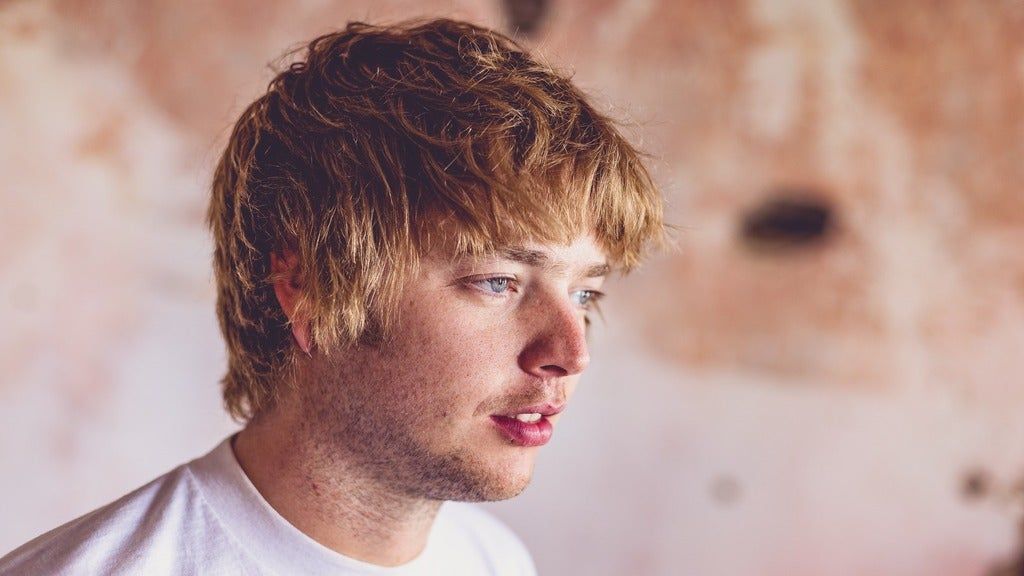 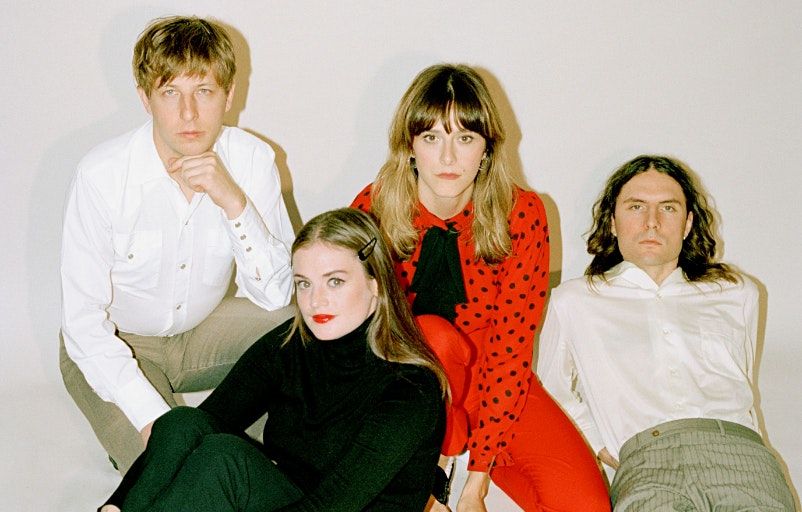 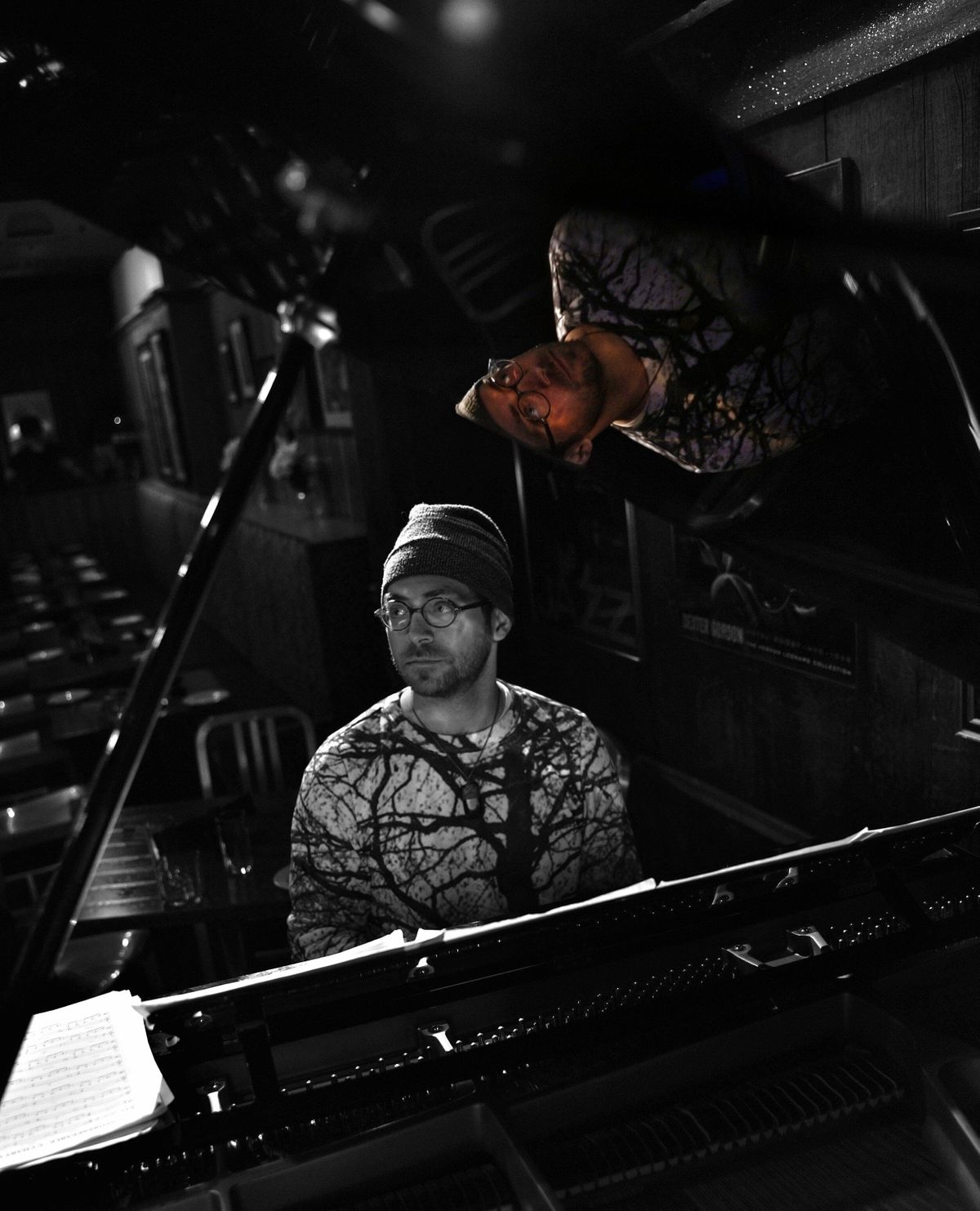 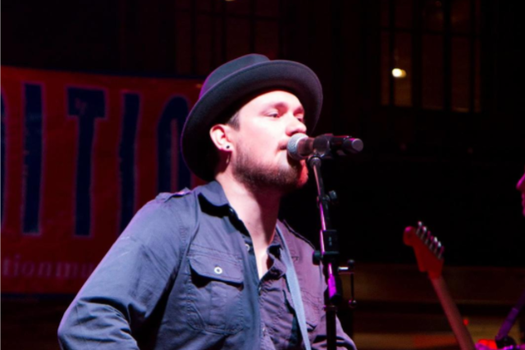