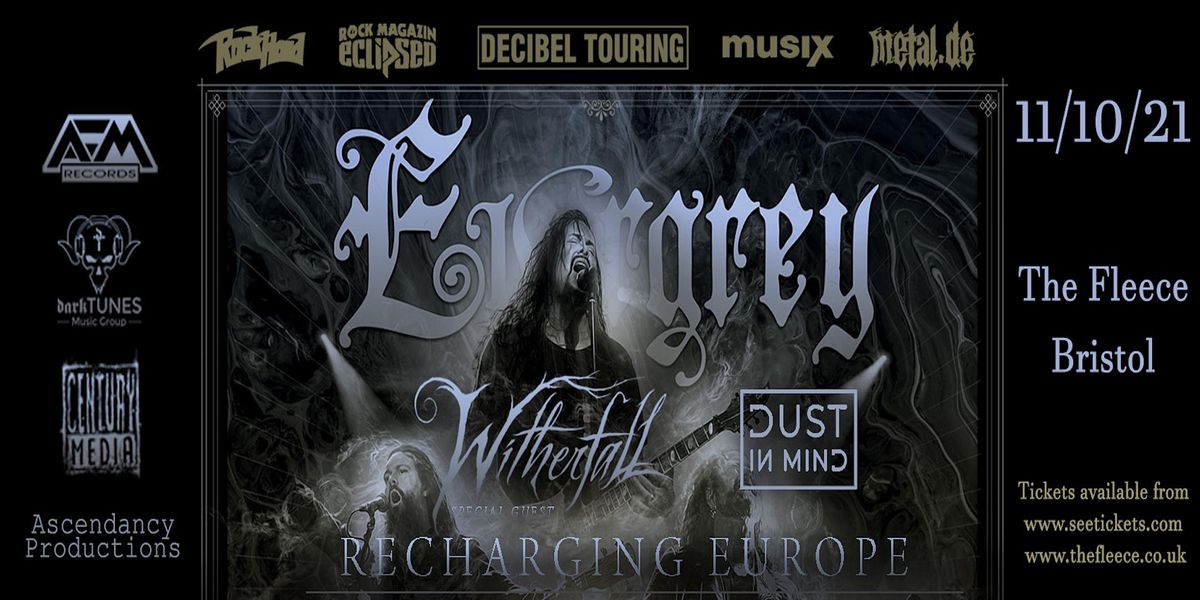 Advertisement
Evergrey / Witherfall / Dust In Mind
About this Event

Evergrey is a melodic metal band from Gothenburg, Sweden.

The band was founded in 1996 and released its debut album The Dark Discovery in 1998.

Evergrey's lyrics have always been of the darker sort. While The Dark Discovery dealt with a variety of ideas, later albums have been concept albums, dealing with issues like self-reformation (Recreation Day), paranoia, alien abduction (In Search of Truth), child abuse, and religion (The Inner Circle).

Recreation Day is an album that covers many issues, ranging from death and mourning to general fear and sorrow, all of which contribute to a greater concept of re-creation of oneself. These ideas are explored from many different points of view, such as someone contemplating suicide ("As I Lie Here Bleeding"), mourners after a funeral ("I'm Sorry," a cover of Dilba Demirbag's hit) and dying priests looking back on their "unforgivable" sins (molestation) ("Unforgivable"). "Unforgivable" also acted as a catalyst for the next album, (The Inner Circle), which dealt with the same two issues described in the song: religion and child abuse.