Comedian Alingon Mitra in Seattle! | The Too Good Tour | Stand Up Comedy 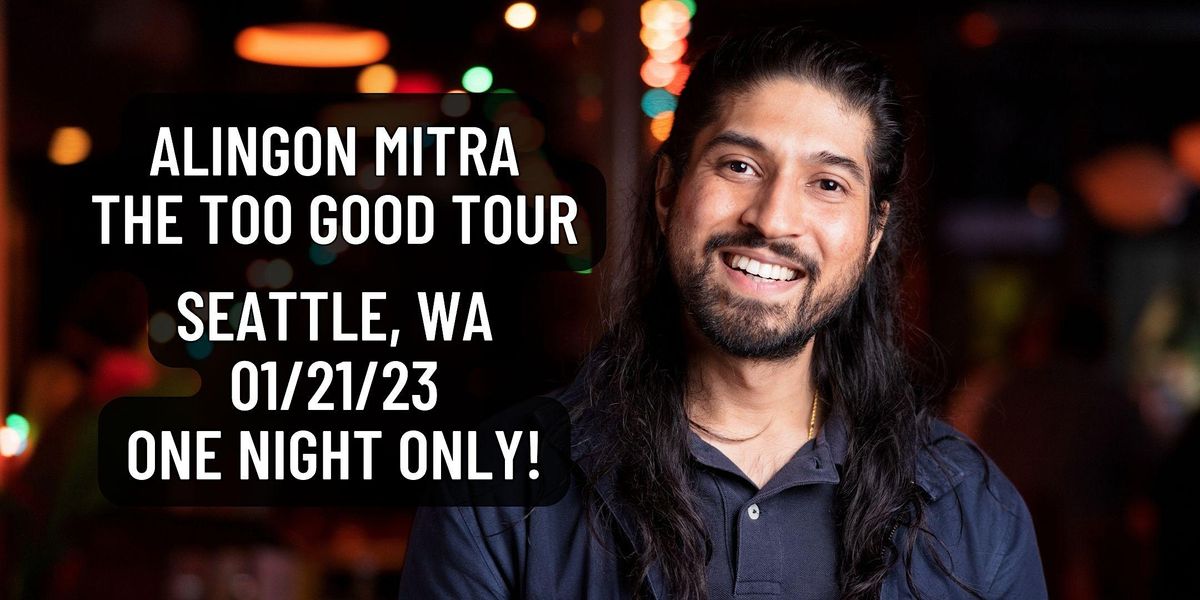 Advertisement
Alingon Mitra brings his tour to Seattle! Watch the viral stand up comic from Conan, Colbert, & social media perform LIVE. One night only!
About this Event

Alingon Mitra is a stand up comedian known for his tight jokes, original thoughts, and affable presence.

Making his television debut on NBC's Last Comic Standing, Alingon finished first in the public vote 5 weeks in a row to win the comic comeback contest and perform on the finale. He has since been invited to do stand up on The Late Show with Stephen Colbert, Conan, The Late Late Show with Craig Ferguson, and Adam Devine's House Party on Comedy Central. In addition, he wrote for The Daily Show with Trevor Noah and Adam Ruins Everything. Alingon went on to be named one of the "New Faces of Comedy" at Montreal's Just for Laughs Comedy Festival. He also won both the Boston Comedy Festival and the "Funniest Comic in New England" contest in the same year. Alingon was a writer for the humor magazine The Harvard Lampoon.

With over 100 million views on Instagram, TikTok, and Youtube, Alingon's popularity has soared. His stand up comedy tour -- The Too Good Tour -- makes its much sought after stop in Seattle for one night only!