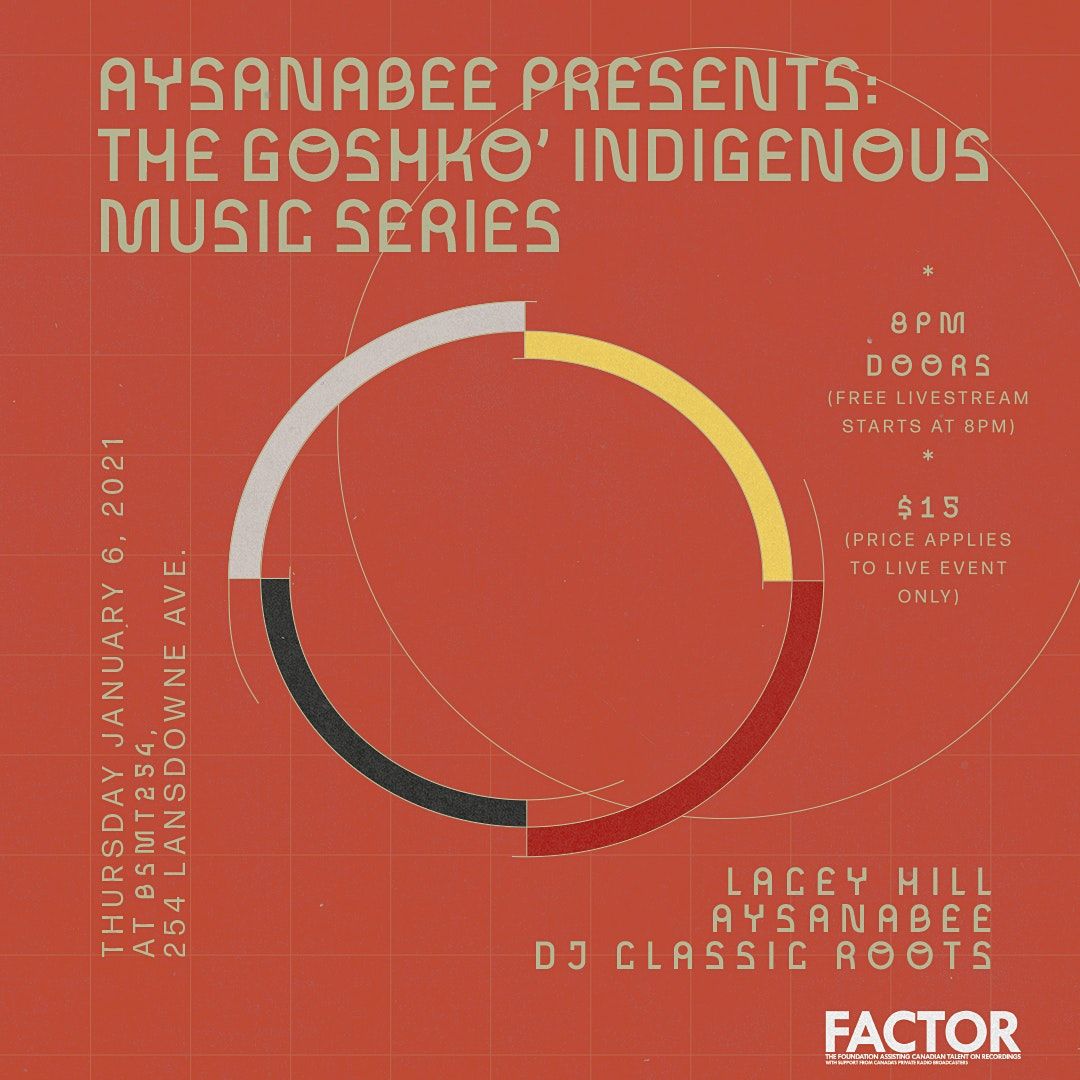 Aysanabee presents the Goshko' Indigenous Music Series the first Thursday of every month through to April. The night showcases Indigenous musical excellence across genres and Turtle Island.

The January edition features the great Lacey Hill. Aysanabee will open the night before Lacey and DJ Classic Roots will close out the night.

"Native girl singing from the heart ... All original.. All Native Acoustic songs" Lacey is Oneida of Six Nations, Wolf Clan. A singer/songwriter and inspirational speaker, Lacey grew up singing and making music. She played in the Breeze Band when they were nominated for an Aboriginal Peoples Choice Award, before launching her solo career to great critical acclaim. Her debut album is titled 528 “because it is the frequency of Love. My focus is Love; it’s the only way and we need more of it!” Her sophomore album “M: 528 Volume II” has taken Lacey across Canada and on to international stages.

Your host and curator for the Goshko’ series, Aysanabee is an Oji-Cree singer songwriter who uses music to tell stories about his life and reconnecting with his roots. Originally from Sandy Lake First Nation, now living in Tkaronto, he has a unique guitar style involving string tapping, harmonics and rhythmic percussion, all while singing lyrics inspired by love, loss, dreams and lived experience. His sound ranges from lofi-r&b, with layered electronica and looped instruments, to folk to indie-pop.

Classic Roots is an Ojibwe/Blackfoot artists bringing the sexy heartbeat of the boreal north to life with his unique brand of electronica and pow wow techno. The Thunder Bay native is an award winning producer and DJ who is impacting the music community with his fresh sound and meaningful collaborations with diverse artists. Drawing inspiration from his life and culture, Classic Roots established his original sound by integrating First Nations songs with electronica. He navigates the unique sound of techno and house music while dancing to the beat of traditional Anishinaabe sounds, establishing a sense of cultural freedom that echoes throughout the electronic music scene.

Watch the livestream starting at 9 pm

This concert is made possible through the support of FACTOR CANADA and in partnership with the City of Toronto's Music Office. 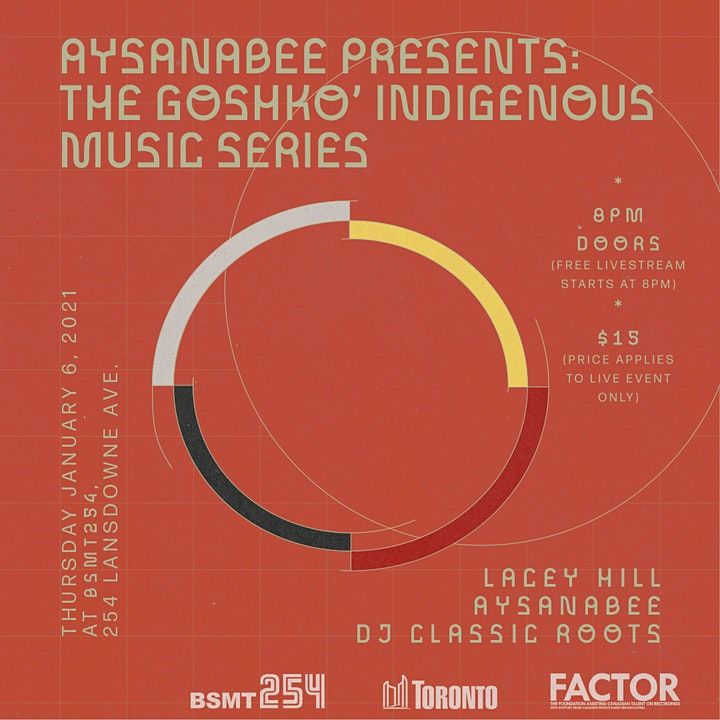