An Evening of Magic at the Producers' Club 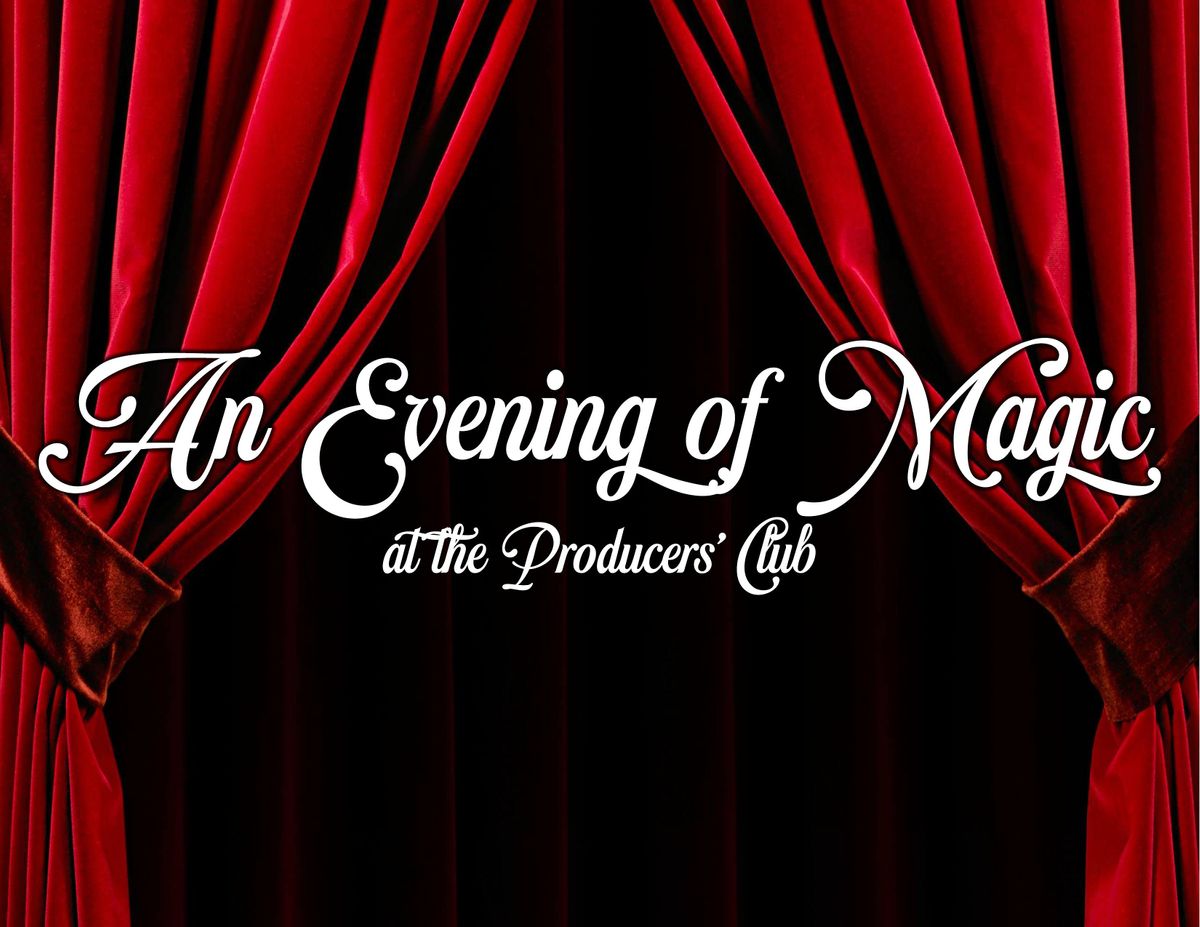 Advertisement
New York City's newest magic show, brought to you by David Calamari and Max Davidson.
About this Event

An Evening of Magic is NYC's newest magic show, in the heart of Times Square. Join us in a beautiful intimate theater in The Producers' Club for some of the greatest magic you will ever see.

On July 16th, the performers are Jacob Greenwald and Danny Winter.

JACOB GREENWALD is an award-winning magician who performs regularly at the Boston Magic Lab. In addition to his fascination with sleight-of-hand, Jacob enjoys inventing new methods specifically designed to fool other magicians. Jacob is a senior at Tufts University where he studies computer science. He is currently working his way up from the bottom of not one, but TWO pyramid schemes. He also sells kitchen knives, which you can purchase after the show.

DANNY WINTER is a rising junior at New York University where he is currently double majoring in cognitive neuroscience and drama. Since moving to NYC, he has made his mark by working with professional magicians behind the scenes. He is also the co-producer and star of an immersive theater experience called the SCAM (Society of Conjurers and Magicians). Danny has won multiple awards for his fresh, creative style of magic. Outside of magic, Danny enjoys soccer, as well as playing the guitar.

PLEASE NOTE: Seating is first come, first serve. Also, there won't actually be knives for sale after the show. We had to break the news to Jacob that it was, unfortunately, yet another pyramid scheme.