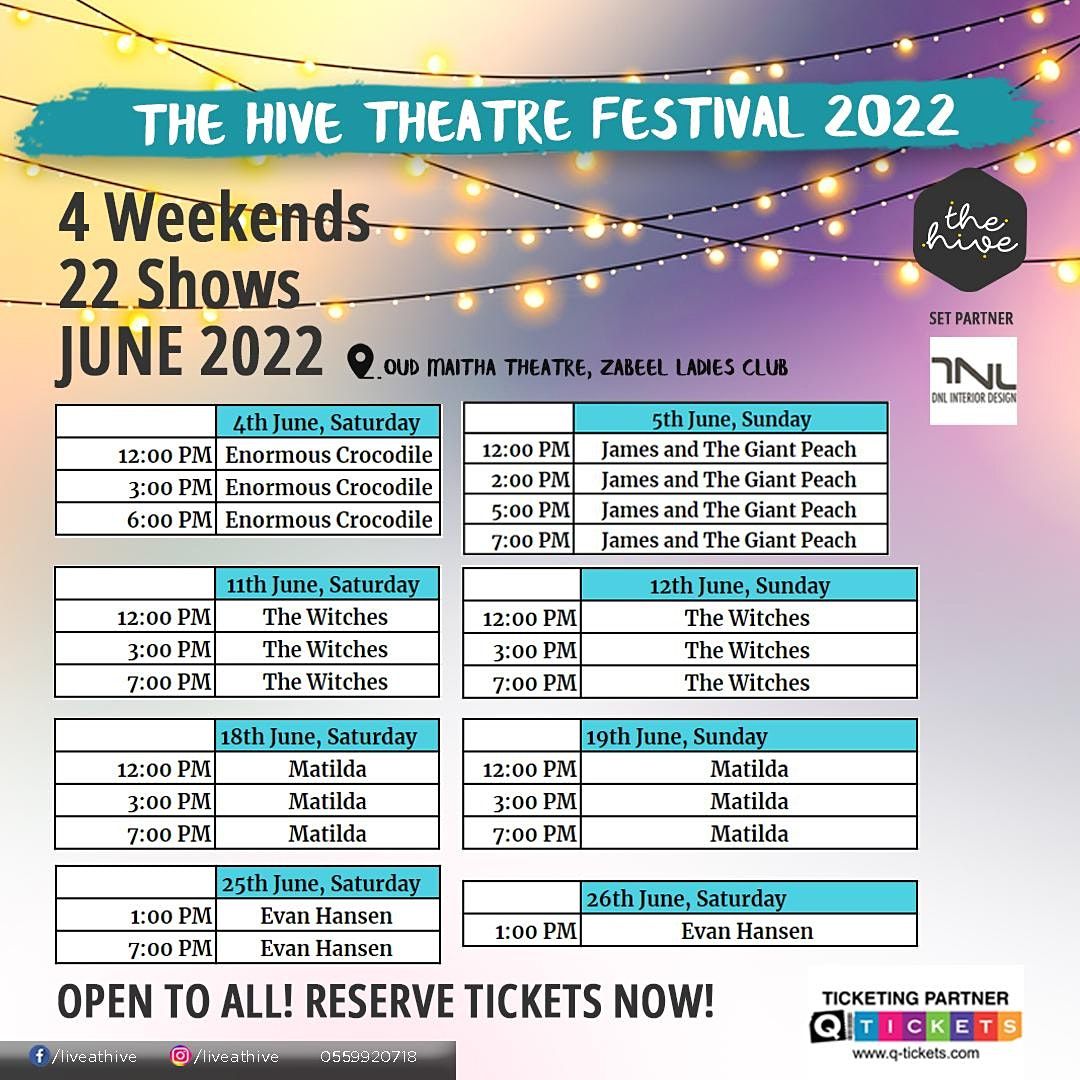 Advertisement
The Hive’s Theatre Festival 2022 is the largest children’s festival in the Middle East region, directed and produced by The Hive. FREE!
About this Event

A month-long theatre festival, by children for children.

In the Roald Dhal-themed festival for the younger audience, we’ll be bringing to life some of Dhal’s most popular works like; Enormous Crocodile, James And The Giant Peach, Witches, and Matilda.

For our 13+ Audience members, we have 3 shows of Dear Evan Hansen, a Tony and Grammy Award-winning play script.

⦁ Enormous Crocodile: Enormous Crocodile is a play that follows a horrid crocodile who plans to munch on juicy children for his lunch. On his way to town, through the jungle, he meets vibrant animals that live there and think of his plans to be the nastiest they’ve ever heard!

Will he ever succeed? Come find out!

Best for Audience: 4+ years of age.

⦁ James And The Giant Peach: A play that follows the life of little James, an orphan boy who lives with his cruel aunts. He stumbles upon some magic and before he knows what’s happening, he befriends anthropomorphic bugs who live inside a giant peach, and together they embark on a journey of a lifetime.

Best for Audience: 4+ years of age.

⦁ Witches: A young boy and his grandmother have a run-in with a coven of witches and their leader, the Grand High Witch. The story takes you through a palpable magical journey with unbelievable twists and turns, it has a couple of mice and of course witches that have it in for the children of the world.

Best for Audience: 7+ years of age.

⦁ Matilda: Matilda is a play that takes us through the life of an extraordinary young girl, Ms Matilda Wormwood. She is an avid reader making her an oddball in a family that adores the Television. The play follows Matilda's early experiences in school putting her face to face with probably the most vicious villain to have ever lived, Ms Trunchbull. A comedy with a pinch of magic, that should not be missed.

Best for Audience: 7+ years of age.

⦁ Dear Evan Hansen: Dear Evan Hansen is a Tony and Grammy Award-winning play script about Evan Hansen, a high school student with social anxiety disorder, and his journey of self-discovery and acceptance following the suicide of a fellow classmate. A play that is bound to start a much-needed conversation about mental health. 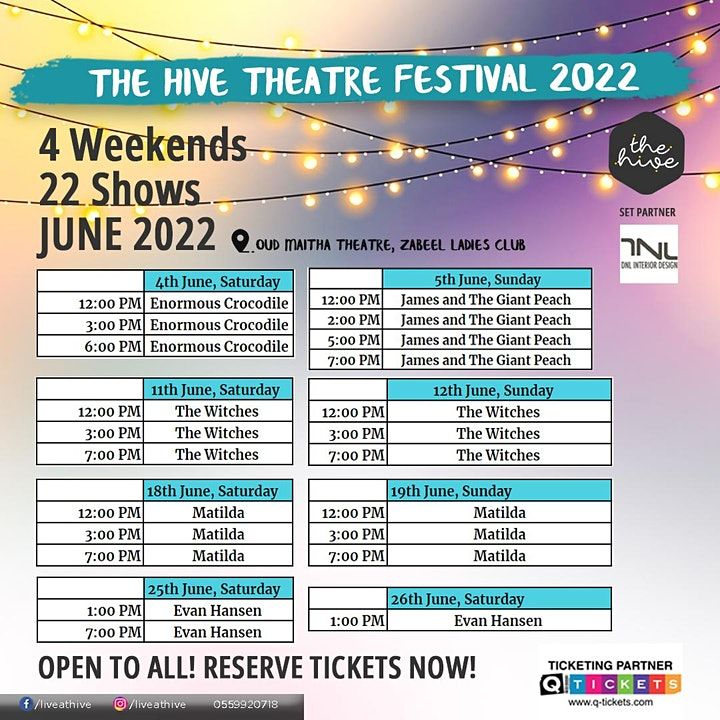