The Enhancers by Anne K. Yoder with guest Kate Wyer 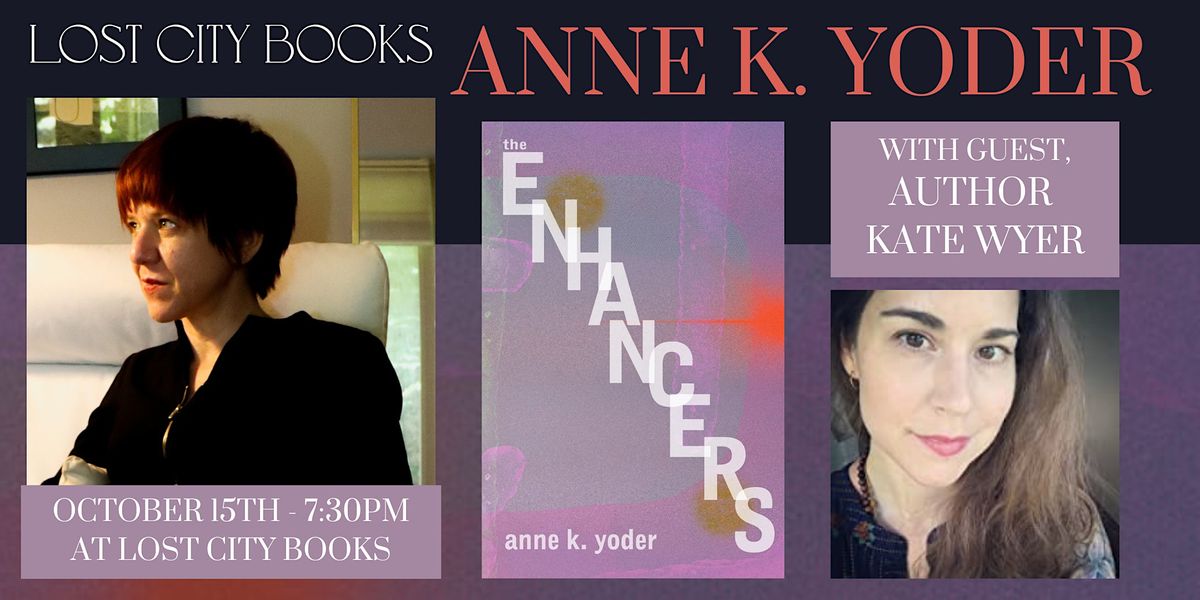 A polyvocal novel that follows three teenage friends as they encounter the pleasures and alienation that accompany coming of age in a techno-pharmaceutical society. The Enhancers questions who we are when valued most for our ability to process information. With mental augmentation as a baseline: how do we come to know ourselves and what does it take to break free?

“Fans of Ling Ma and Jennifer Egan, here is your next book. Anne K. Yoder, in a lyrical voice of the many, gives us a haunting tale of pharmacology and a story of boundaries: human, chemical and industrial. Where are those boundaries again? Where does a body start and end? Or, as Yoder puts it, How much information could one memory hold? In a text that is itself a wild, wonderfully written ride through a wormhole, The Enhancers thrills and horrifies with profound ramifications.” –Samantha Hunt, author of The Unwritten Book and The Seas

“The Enhancers asks, “How do I distinguish between what’s me and what’s chemical?” Animated by the absurdity of a Yorgos Lanthimos film, The Enhancers is a wildly original and contemporary tale about chemical augmentation, memory, yearning, and loss. Imagine the fearlessness and wild imagination of Jenny Erpenbeck if she had a background in the pharmaceutical industry and you might come close to approximating the tremendous brilliance of Anne Yoder.” –Patrick Cottrell, author of Sorry to Disrupt the Peace

Anne K. Yoder’s fiction, essays, and criticism have appeared in Fence, BOMB, Tin House, NY Tyrant, and MAKE, among other publications. She writes, lives, and occasionally dispenses pharmaceuticals in Chicago.

Anne K. Yoder is the author of the novel, The Enhancers, forthcoming from Meekling Press. Her fiction, essays, and criticism have appeared in Fence, BOMB, Tin House, NY Tyrant, and MAKE, and has been recognized in Best American Nonrequired Reading. She is the author of two poetry chapbooks and is a staff writer for The Millions. She writes, lives, and occasionally dispenses pharmaceuticals in Chicago.

Kate Wyer lives and writes in the Baltimore area, attended Goucher College, where she received the Elizabeth Woodworth Reese Prize from Madison Smartt Bell, and earned her MFA from University of Baltimore. She also won the Women Writing About Women contest sponsored by the Mid-Atlantic Arts Foundation. Wyer’s work can be found in The Collagist, PANK, Keyhole, Wigleaf, decomP, and elsewhere. In addition to her writing, Wyer is the manager of a non-profit within the public mental health system. Her novel, Black Krim, is a finalist for the Debut-litzer from Late Night Library.

Accessibility note: This event is up two flights of stairs and Lost City Books does not have an elevator. This event will be simultaneously live streamed on our YouTube page! 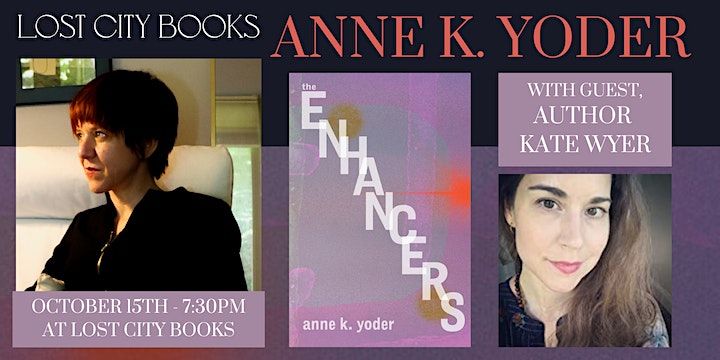