The speed networking will be followed by open networking

Break free from conventional networking and maximize your time meeting like-minded business people one handshake at a time with Speed Networking.

The event is FREE of charge with RSVP (required)
The spaces are limited!! Reserve your spot today! 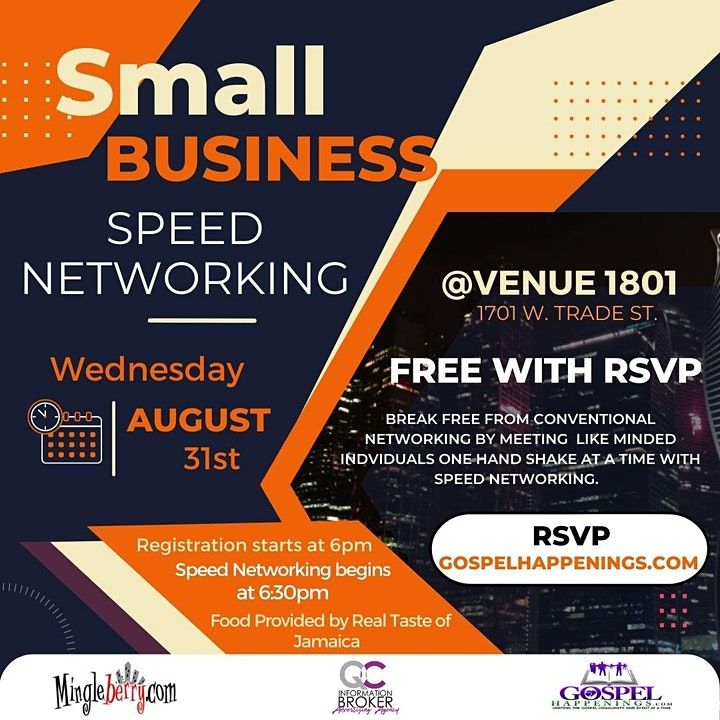