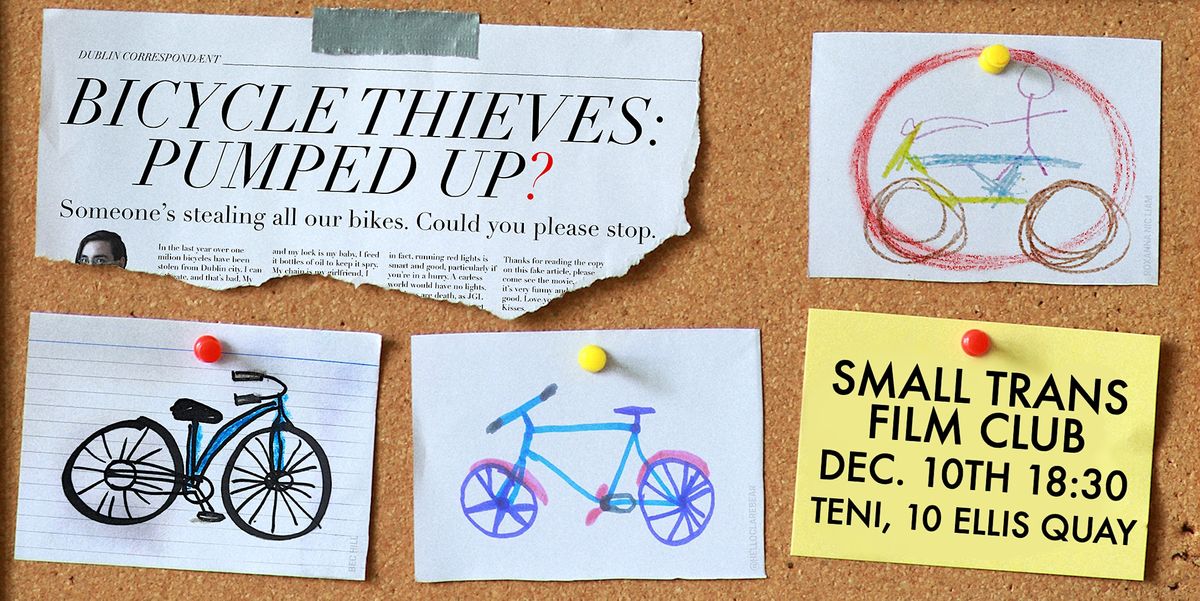 Advertisement
An exciting magical realist Dublin based comedy for the STFC's first feature screening.
About this Event

For the Small Trans Film Club's second screening and first feature presentation we're delighted to be sharing Bicycle Thieves: Pumped Up, an action comedy steeped in the hilarity and tumult of life in Dublin written and directed by nonbinary comedian and "serious film autoor" Conor O'Toole.

This event will be limited to 50 tickets due to venue capacity.

The Small Trans Film Club is free to attend; if you'd like to make a one-time or recurring donation towards the Small Trans Library's community events or mutual aid fund you can learn more here.

Mags, a pizza delivery cyclist with anger issues, has her bike stolen, and resolves to hunt down the thief and get her bike back. Hopefully before she gets evicted. A magical realist action comedy set in modern Dublin.