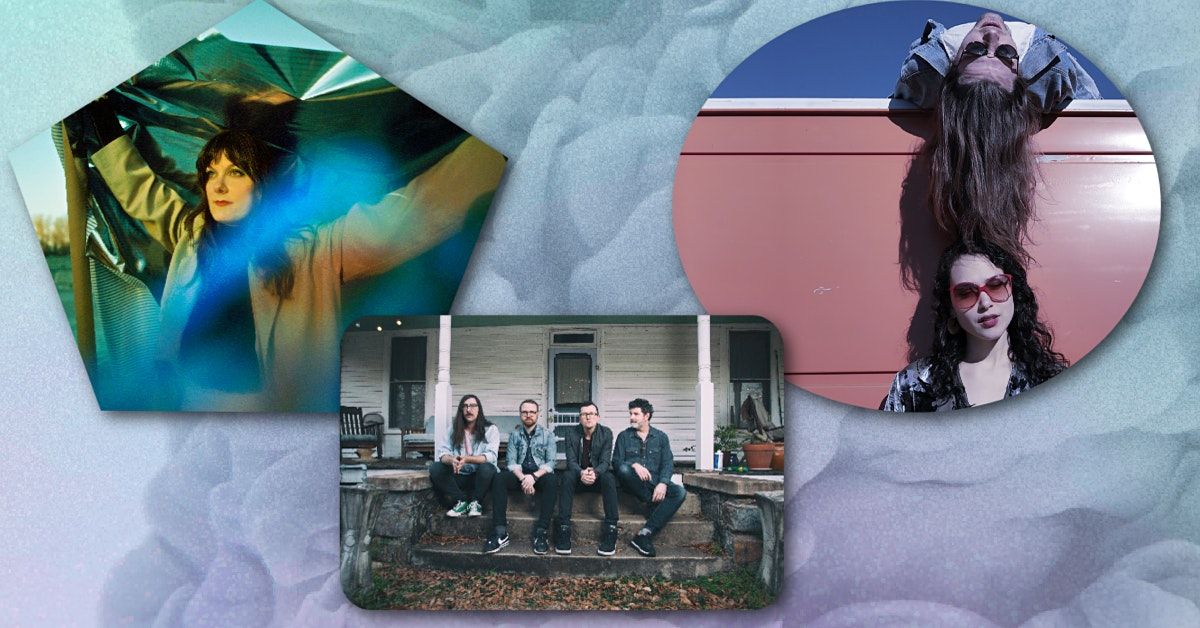 Night Palace's debut album Diving Rings is a shocking alchemy: aching nostalgia meets frothy anticipation of what’s beyond the garden wall. Tantalizing pop melodies take wing with lush instrumentation, weaving a reedy bed for songwriter Avery Draut’s shimmering vocals. It’s hard to believe the album is not a soundtrack to . . . something. You find yourself picturing it: a moonlit-gilded diorama of Draut’s dreams and memories.

Spanning eleven songs and interludes, Diving Rings ebbs and flows through tracks like "Enjoy the Moon!" dubbed by AllMusic, "a song that sounds like a lost Pet Sounds track played by Broadcast;" grounded indie-rock songs "Into the Wake, Mystified" and "Stranger Powers;" and the celeste-gilded folk song "Titania."

Growing up, Draut would wake to her parents blasting Court and Spark or Nilsson Schmilsson, dancing around the living room, and riling the dogs. At school in Athens, Georgia she studied classical voice, singing in operas and recitals. After five years of fruitful and intensive opera performance, she found a Lowrey Magic Genie™ electric organ at the thrift store. Enchanted by its sound, she sat down for the first time to write songs of her own: the songs that would become Diving Rings.

Nearing twenty years in existence, Kenosha Kid, or K.Kid as it is occasionally stylized, is a musical group led by guitarist Dan Nettles. Based in the humid indie-rock haven of Athens, Georgia, Nettles leads a worldwide host of collaborators in a simple purpose:

build a scene, write for people you know, and listen to your creative heart. Certainly the all-instrumental music has deep roots in jazz composition, but it is also fueled by an omnivorous musical appetite and as likely to reference Monk as Willie Nelson, Hendrix as Duke Ellington.

Starting with the release of Projector [2005], K. Kid has provided a steady string of remarkable content: a DVD/CD package featuring an all-new score for Buster Keaton’s silent film Steamboat Bill, Jr [2008], the vinyl release of Fahrenheit [2009], the creation of an extensive Bandcamp archive which houses over 40 live shows, the powerhouse twin sonic pillars Inside Voices [2015] and Outside Choices [2017], and Missing Pieces [2019] which features a striking two-guitar incarnation augmented by three-piece string section.

Now nearing completion, The October Book Parts One, Two and Three are the latest K. Kid offerings. Written across one month, the collection is an ambitious 3-LP set features 31 songs, over 20 musicians and a dreamlike abundance of musical sorcery.

A musician's dream: you meet, write songs together, perform around the world, and eventually marry… your soulmate. Does this even really happen? Yes, yes it does, and you can hear it in the weave of every CICADA RHYTHM song. For the uninitiated, the Americana umbrella would certainly serve to shelter the Cicada family's music, but upon further listen you will find a wealth of textures and harmonic twists set this music far above anyone's expectations of the genre. To sweeten the deal, as singers and instrumentalists Andrea and Dave can stand alone or flow together as needed, and onstage you sense they often merge into a spine-tingling single unique voice that lifts you up. The duo shines in the group's newest record Everywhere I Go, and songs like "American Open Roads" and "Kaleidoscope Rose" invite you to wander through wisteria-choked backyards, gaze at the stars from your front porch, and yes, even dream a dream of your own.