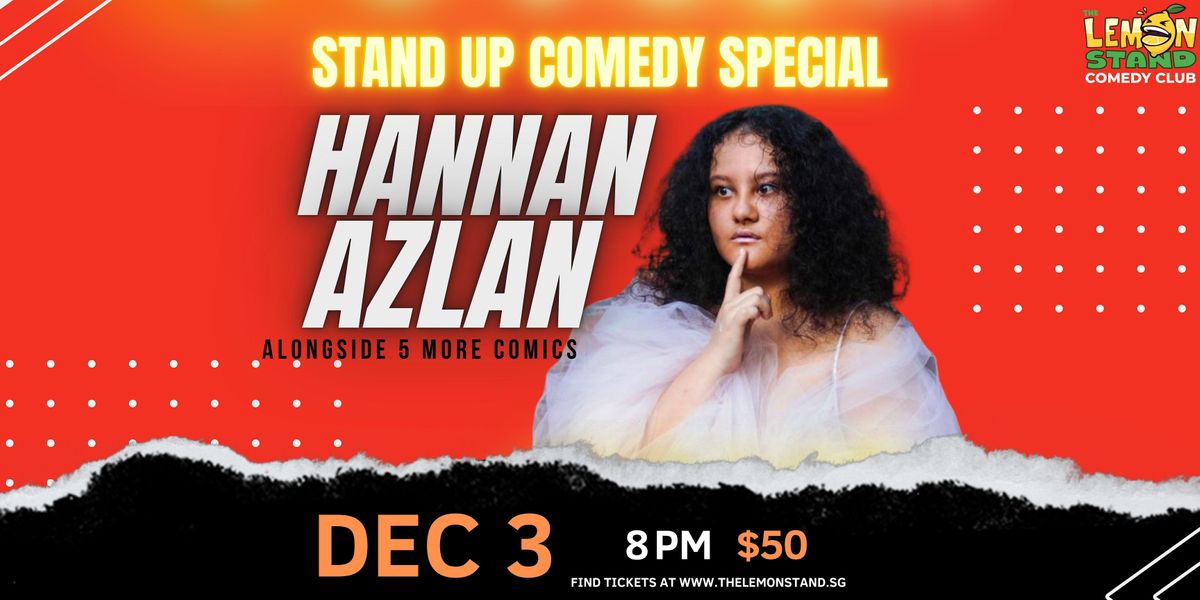 Advertisement
Enjoy a hilarious night of Stand Up Comedy acts, drinks, food and laughter as well as Malaysian Comedian, Hannan Azlan!
About this Event

The Lemon Stand Comedy Club is excited to bring you, Malaysian Comedian, Hannan Azlan as she headlines at Singapore's newest comedy venue. Hannan is joined by 5+ Comics during each of her headlining shows so you can discover more amazing comedians in Singapore!

H﻿annan is a Musical Comedian taking the industry by storm with her hilarious songs and ukulele in hand. She has performed nationally for thousands of happy people around the world. Some of her credits include:

Performed in Comedy Store Sydney, and was booked for Gotham NYC 2020 (also included in the USA tour prize is Laugh Factory LA)