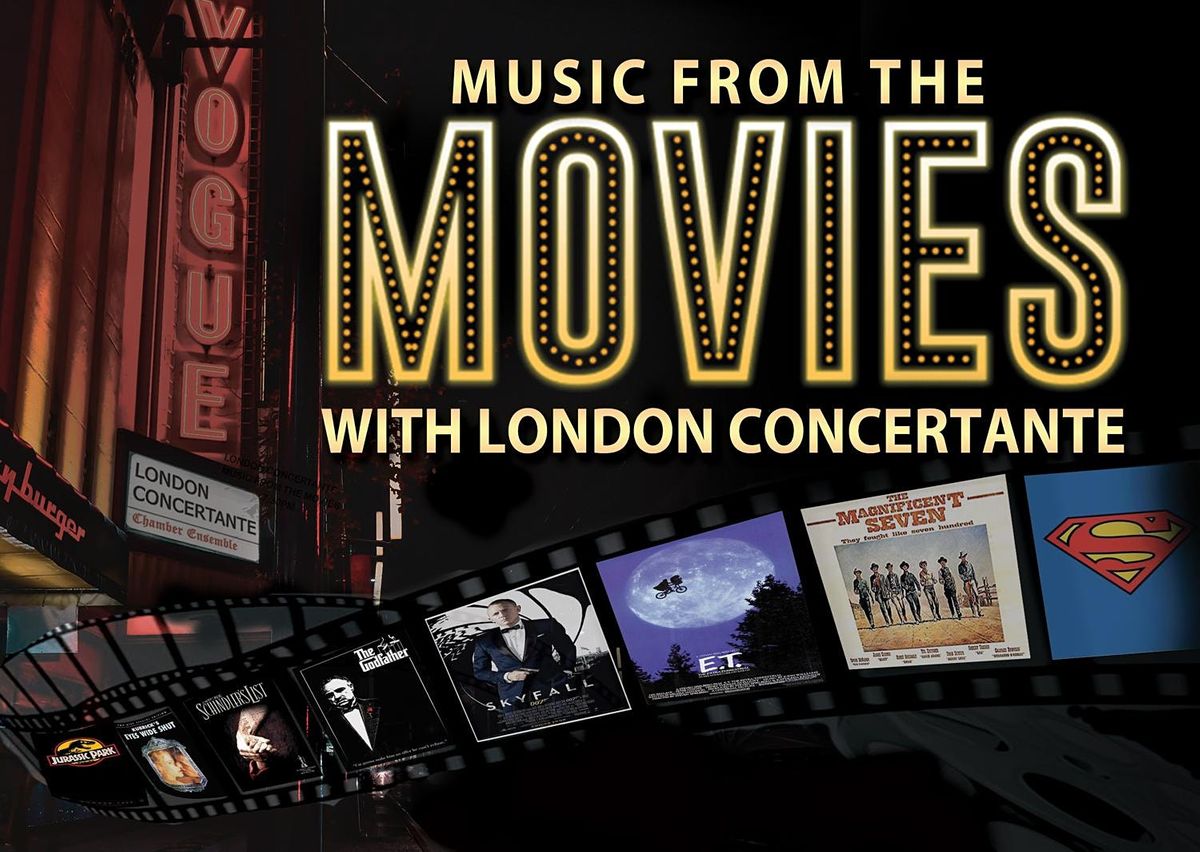 MUSIC FROM THE MOVIES - Sun 19th September
About this Event

Join world-renowned London Concertante as they bring us on a stunning red carpet ride of iconic movie soundtracks. From aliens and spies to dinosaurs and war heroes ? this evening promises to be exciting exploration of the power of film music, packed with all of your family favourites made famous by Hollywood!

This exceptional program will include dazzling excerpts from Steven Spielberg's iconic 'Jurassic Park', harrowing 'Schindler's List' and fantastical 'E.T.', along with other cinematic masterpieces such as 'Mission: Impossible', 'Skyfall' and 'The Godfather', to name a few! Generations of us have been inspired by movie soundtracks for decades, so this concert is guaranteed fun for the whole family!

If you've never been to a classical concert before, fear not! The ensemble boasts an audience record in which an impressive 50% of spectators are first-time classical concert goers! London Concertante has its audience laughing at jokes, gasping at virtuosity, moved by gorgeous playing, and leaving with a smile on their faces. Their numerous recordings have reached great critical acclaim, and the ensemble has continually been regarded as one of the finest groups in Europe since its founding in 1991.