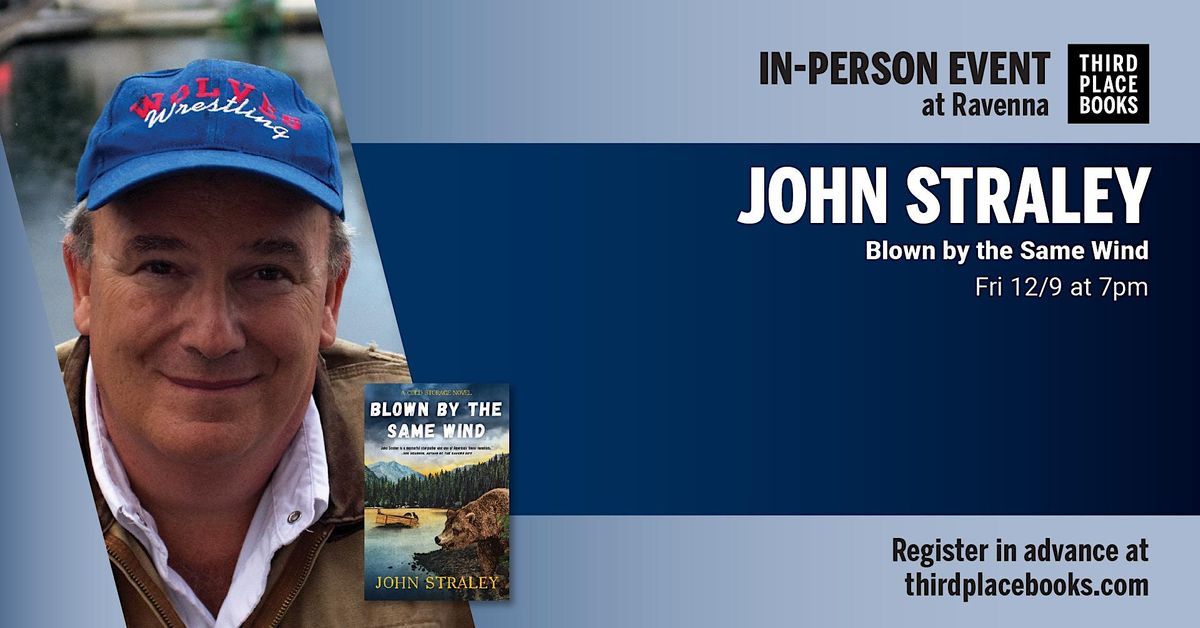 Third Place Books welcomes criminal investigator and crime novelist John Straley to our Ravenna store! Straley will be discussing the next installment in the Cold Storage series, Blown by the Same Wind. This event is free and open to the public. Registration is required in advance.

Copies of Blow by the Same Wind will be available for purchase at the store. This event will include a public signing and time for audience Q&A. Sustain our author series by purchasing a copy of the featured book!

Click here for more about our COVID-19 policies for in-person events.

This event is free to attend. Registration is required in advance.

Mysterious dreams of grizzly bears, a bumbling FBI agent, and a tense hostage negotiation have the town of Cold Storage, Alaska, turned upside down.

Things in the sleepy fishing town of Cold Storage, Alaska, are changing. It’s the summer of 1968; the men are wearing their hair long, the Vietnam War is at its height, and multiple assassinations have gripped the country. But some things remain the same. Ellie’s bar is still the place to catch up on the town gossip, and there’s a lot to talk about, from the boys who have returned from the war (and the ones who haven’t), to the robberies that are plaguing the locals, to the new guy in town: a famous monk from Kentucky.

Ellie, herself a fugitive of sorts, is curious about this “Brother Louis,” and worries about his motives, but he seems harmless enough. However, when a handful of other outsiders arrive to town and start poking around the bar and asking questions, Ellie begins to have reservations. Have they followed this mysterious monk, rumored to be the famous author Thomas Merton, to Cold Storage? And what is it that they want, particularly the inept FBI agent with the strange name: Boston Corbett?

Inspired by assassination conspiracy theories, the life of Thomas Merton, and the changing tide of the ’60s, Blown by the Same Wind is a coming-of-age story for the town of Cold Storage itself.

John Straley, a criminal investigator for the state of Alaska, lives in Sitka, where he and his wife, a marine biologist, raised their only son. He is the Shamus Award–winning author of The Curious Eat Themselves, The Woman Who Married a Bear, and The Big Both Ways, and was appointed the Writer Laureate of Alaska in 2006. (Photo credit: Jan Straley)

Founded in 1998 in Lake Forest Park, Washington, Third Place Books is dedicated to the creation of a community around books and the ideas inside them. With locations in Lake Forest Park and Seattle's Ravenna and Seward Park neighborhoods, Third Place Books is proud to serve the entire Seattle metro area. Learn more about their event series at thirdplacebooks.com/events.