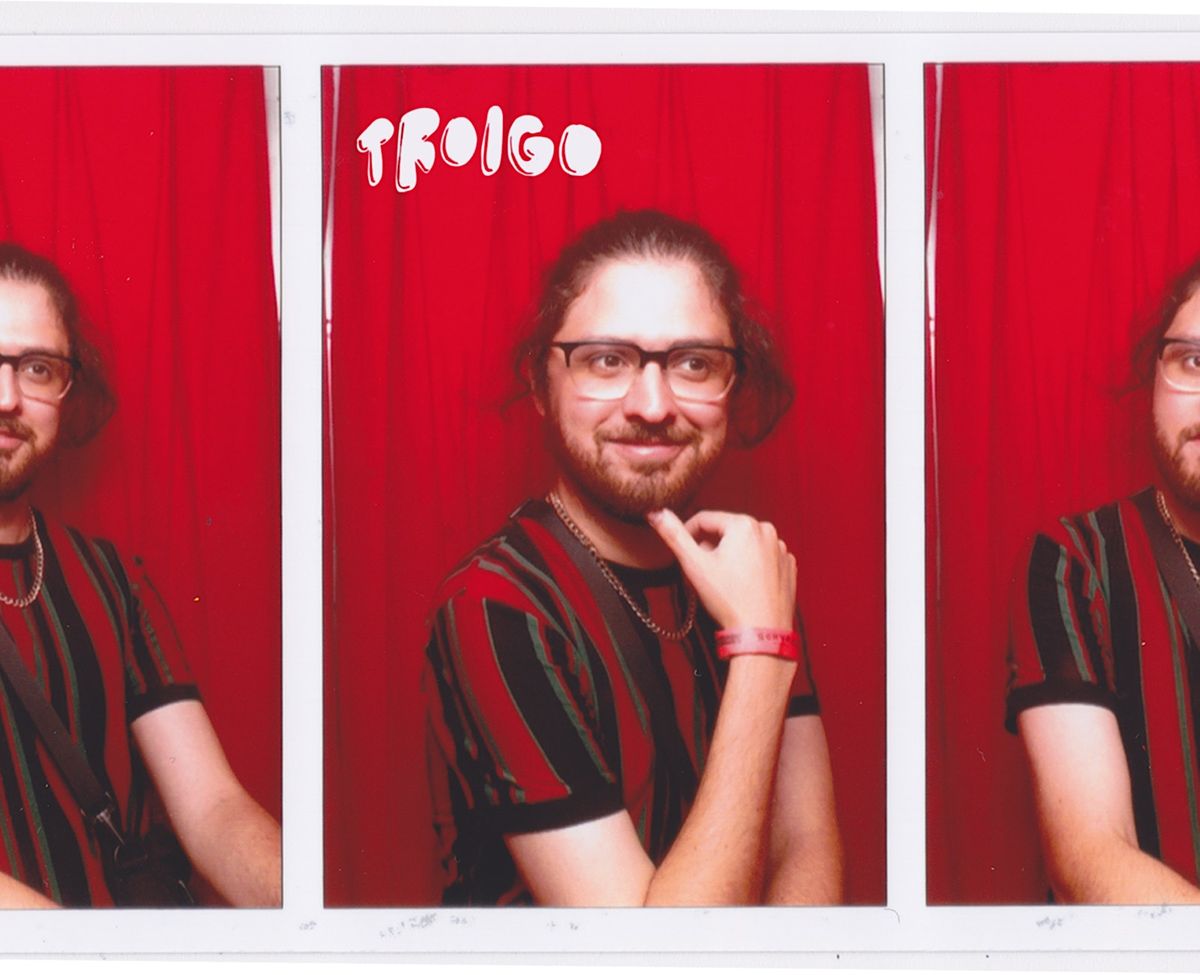 Introduced in early 2020, Troigo is the frenetic, multi-dimensional world of 28-year-old David Arias with driving guitars and dreamy soundscapes that clash and coalesce depending on the demands of the moment. Hailing from the Chicago suburbs, Arias is perhaps best known as the guitarist in DIY post-rock band Avantist, which he formed with his three brothers over ten years ago. Born into a musical family – his father was in a Mariachi band, and Mexican legends like Café Tacvba were a mainstay in his home throughout his childhood – Arias has long expressed himself through sound and song and holds nothing back in music that spans the indie rock gamut.Troigo finds him finally taking a brave step forward and showing what he’s capable of on his own.

Sleeping Jesus is the dream pop project started by Nick Elstad in the small river town of Winona, MN. The now five-piece Minneapolis band, featuring Tyler Steinley, Andy Bauer, Seamus St Clair, and Dante DeGrazia, released their debut album, Leave the Party Early, on July 25; made with friend and producer Mike Noyce (Bon Iver, Tallest Man On Earth). The band began to find their musical voice creating this album, splitting time during the pandemic between Winona, Minneapolis, Milwaukee, and Nick's wife's family farm in Northfield, Minnesota. Leaving comfortable approaches behind, Mike helped the group tread into new sonic territory. Melancholy thoughts about leaving your twenties behind and feeling out of place are accompanied with swirling pop landscapes throughout the nine track, 30 minute listen. This is truly the first brave step of this young band. The band celebrated the release of their album on August 19 at Turf Club in St. Paul, MN. They will be touring the east coast in the fall of 2022.

“Calm Down, It’s Morning” dives into the more textured side of the band’s sound, cultivating a dreamy offering that fittingly feels like a reflective morning come down. Decadent washes of synths, watery percussion, and otherworldly vocals float in a nostalgic haze, deftly balancing the track’s more subtle textures with an array of brilliantly catchy melodies. Meanwhile, the track also gets a standout vocal feature in its latter half, with Zoe Manville of Portugal The Man taking the track to celestial heights as it draws to a close. - Under the Radar Mag