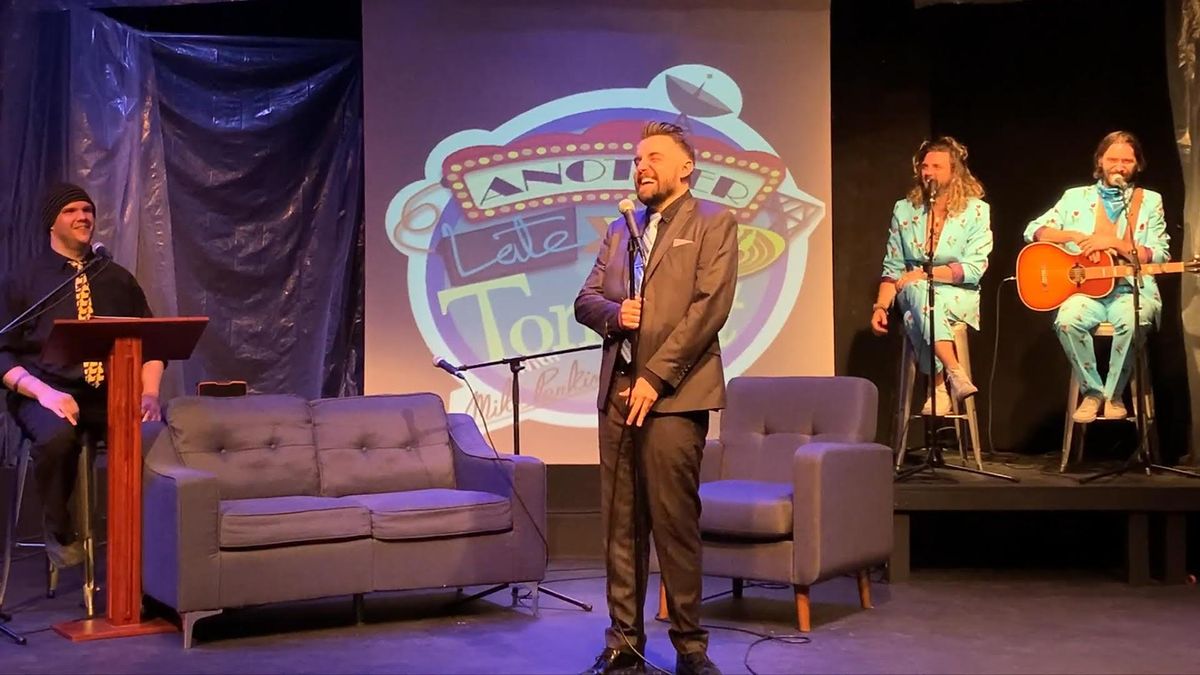 Advertisement
Join us for the best LIVE COMEDY TALK SHOW you've ever been to, hosted by Mike Perkins! (almost famous Comedian) Comedy / Music / Surprises!
About this Event

Join us for the best damn LIVE COMEDY TALK SHOW you've ever been to, brought to you by Mike Perkins! (almost famous Comedian and Producer)

A night filled with LIVE STAND-UP COMEDY and interviews with touring headliners from around the country, fun GAMES, comedy VIDEOS, and comedy sketches that YOU the audience will sometimes be a part of if you want to have even more fun with Mike and house announcer and comedian partner in crime Paul Brodo! And of course LIVE MUSIC from up and coming singers and bands and from our amazing house band The SHOW with Adam and Sean! Pretty much all the fun you could ever ask for and all in one night! Come be a part of the magic, Mike will love you for it, and so will all of his guests!

This month our special guests include...

Sports and a Half! with Brian McDaniel (TMZ, CBS)

Along with other amazing characters and surprises throughout the show!

**LA County now requires Proof of Vaccination or a Negative test within 48 hours of the show.

**Our show and venue does have ADA Compliant Assistive Listening Devices available at no cost to you. Please contact us with any concerns about the performance.

*More FAQs at the bottom of the page.

Born and raised out of the beautiful state of New Jersey, Mike Perkins is a stand-up comedian and producer that hosts and features all around Los Angeles at clubs like The Comedy Store, The Improv, and has had the opportunity at many different clubs to emcee and work alongside comedians like Whitney Cummings, Pauly Shore, Melissa Villaseñor, and many more. Mike has also done private events and feature work all around the country, returning regularly to tour back east in Philadelphia, NYC, Boston, and Atlantic City.

He hosts and produces multiple shows around LA including his own live late night talk show called Another Late Show Tonight! where he writes and performs brand new monologues, sketches, videos, and interviews special guest comedians and musicians from all around the country. He was also featured in Voyage LA Magazine as part of the Hidden Gems Series in the Summer of 2019, was interviewed and featured on the Shoutout LA website, and was nominated for the Comic of the Day series on Comedy Network Live.

Mike’s an improv comedy alumni of The Upright Citizens Brigade and has been a Semi-Finalist in the Boston Comedy Festival, a featured comic the past 6 years in The Burbank Comedy Festival, and was featured for 3 consecutive years in The LA Indie Improv Festival. He also graduated with a B.A in Radio/ TV/ Film and has produced many independent feature films and documentaries alongside his comedy career, most recently the documentary I Am Santa Claus that was streaming on Netflix for 3 years and is still available on VOD and DVD worldwide.

Are you staying safe and following COVID-19 restrictions?

We take the safety of our audience and performers very seriously and follow all safety guidelines according to Los Angeles County and CDC restrictions as well. They now require proof of vaccination or a negative test within 48 hours of the show, so please bring these items with you and they must be shown at the door. Also, even if you have those items, PLEASE if you're feeling sick or any types of symptoms, take certain precautions and we advise you to just stay home and we'll just see you live next month!

Are there ID or minimum age requirements to enter the event?

Everyone is welcome! However, there will be adult language and also... it's after 8pm and LATE NIGHT so know that!

What are my transportation/parking options for getting to and from the event?

There is FREE street parking all along Camarillo St. and other side streets.

How can I contact the organizer with any questions?

Is it okay if the name on my ticket or registration doesn't match the person who attends?

Of course, what a great gift to give someone! 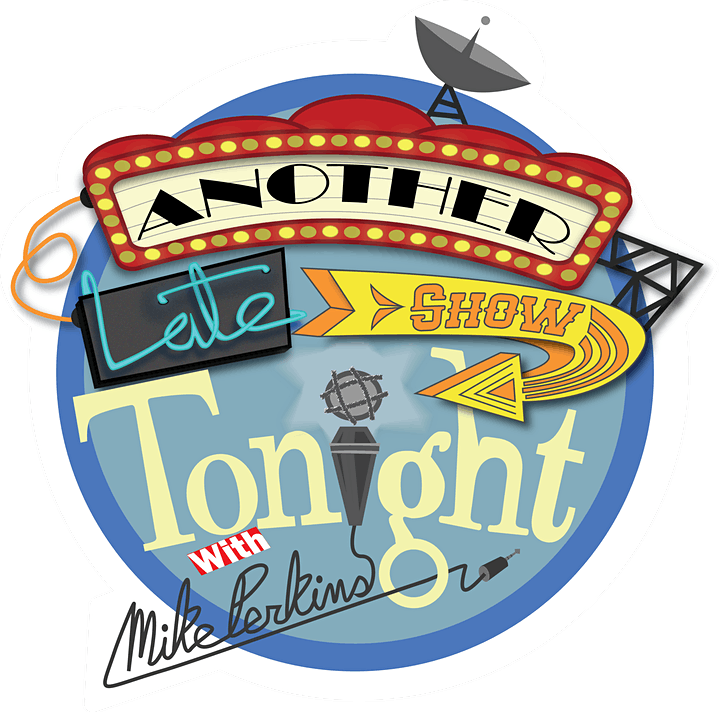 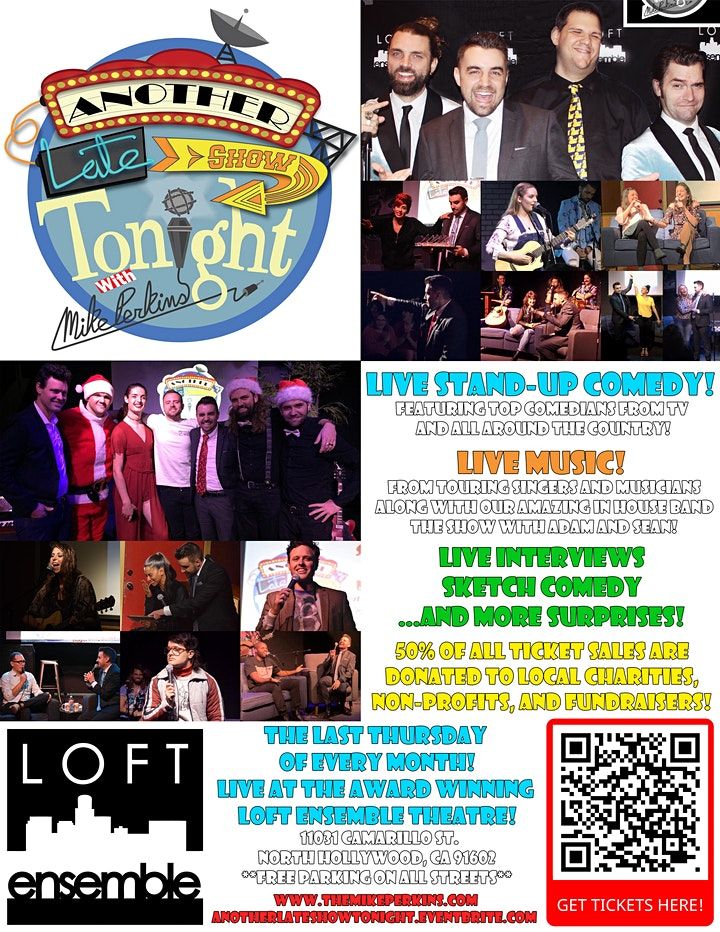 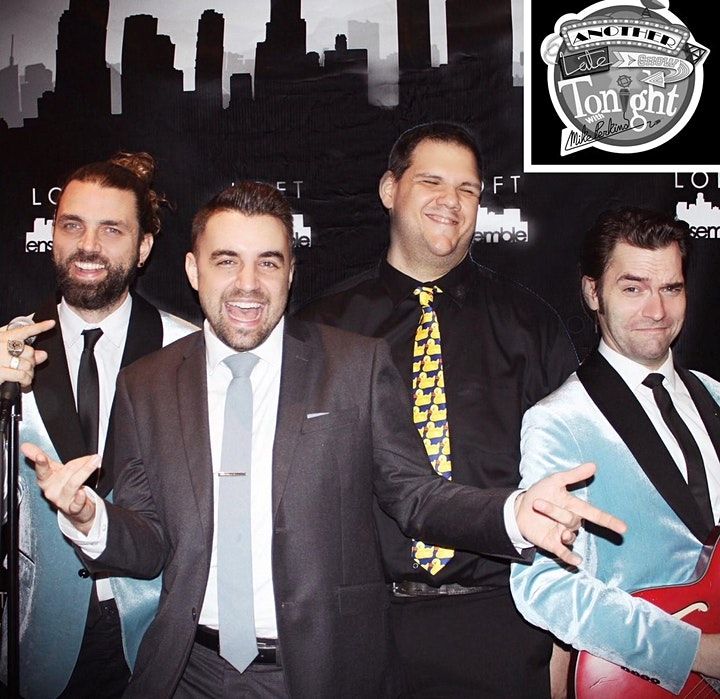 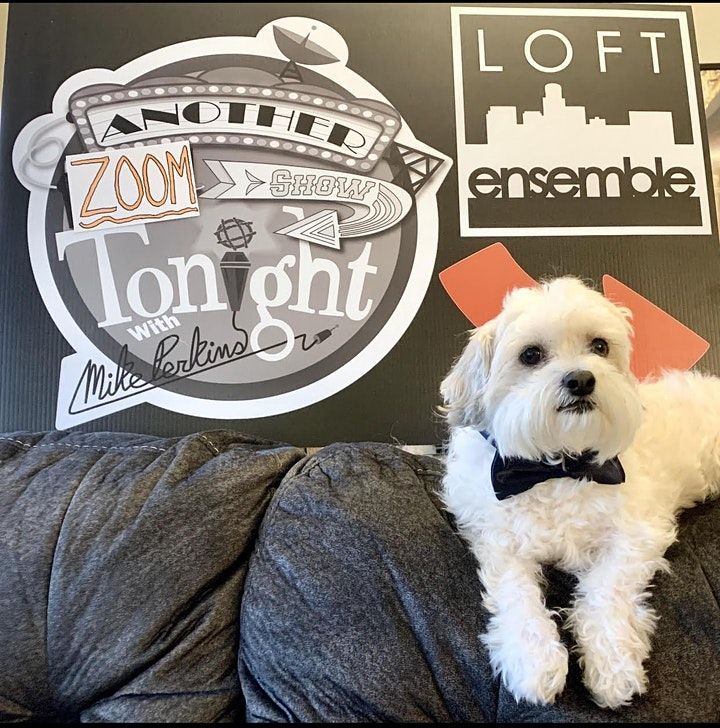