"I Was Made In Brum" Solo Art Exhibition by Colin Fisher 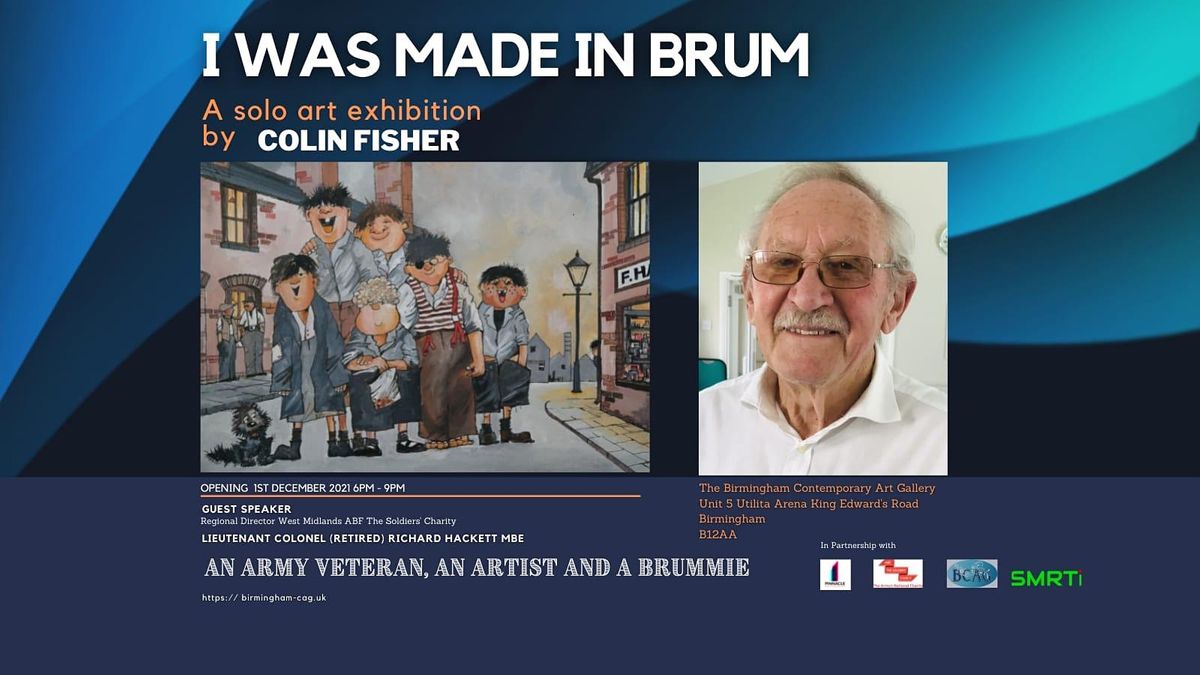 Born and bred in Brum, Colin Fisher has brought together evocative, original paintings of life growing up in the 1950s in post war Britain. Colin said “Life was tough and with little food and rationing, us kids had to make do with what we could find and forage from bomb sites. We used our finds to make our own amusement… mokes from old prams and bikes...football posts from our jumpers, cricket bats from bits of wood and the stumps from a box or chalk on a wall.”

Colin’s exhibition will explore the different shades of grey in his everyday life back then, as it formed the backdrop to his environment, from the smoke bellowing out of factory chimneys, to playing on the banks of the canals across the City of Birmingham. Colin’s amazing portrayal of this atmosphere gives a nostalgic throwback that is colourful, theatrical and illustrative, and puts the City of Birmingham into an historic perspective that will bring smiles, joy and appreciation to Brum as the City that made him.

Colin’s work is pictographic with vivid colourful characters that tell stories of something that he feels we are on the brink of losing to the passage of time. With the slangs used in his titles to the rich story lines of his subjects, this exhibition will take the viewer on a journey, imagining the 50’s and how families lived and experienced life back then, the stories depicting children’s experiences in comparison to the present and the impact this had on life in the City after the Blitz. Each piece of work not only captures a story but also the aspirations of a group of friends and how their lives transformed alongside the City they call home today.

Today Colin lives a quiet life with his family and friends but is as patriotic to Brum as he was back then. He has an amazing life story to share, from being drafted into the army at the age of 18 and called up for his first duties in Cyprus after his training on a freezing cold Christmas Eve back in 1955. In the January shortly afterwards, he was sent up the mountains to Troodos where there was deep snow on Signals Detachment with 45 Commando.

Colin has a deep sympathy for his City Brum and feels that his 30 pieces of work sum up perfectly how the City emerged from the Blitz after the 2nd World War and how we have now become the City of innovation, diversity and entrepreneurship.

The BCAG and Colin are delighted to announce their partnership with ABF The Soldiers’ Charity for this exhibition, in recognition of all our soldiers who fought so bravely, and a percentage of all art sales will be donated to the charity. ABF The Soldiers’ Charity is the national charity of the British Army, providing a lifetime of support to soldiers, veterans and their immediate families when they are in need, in all regions of the country and across the globe. The Charity was founded in 1944 to ensure that soldiers returning from World War Two were well cared for. Since then, their core purpose has not changed; they exist to ensure that all members of the Army family can live a life of independence and dignity, now and in the future.

Colin’s work will be on display and for sale at the BCAG for 4 weeks from 1st to 31st December 2021. The public are encouraged to come and support this amazing artist by investing in a piece of his work, either for themselves or to give someone as a special gift at Christmas time. 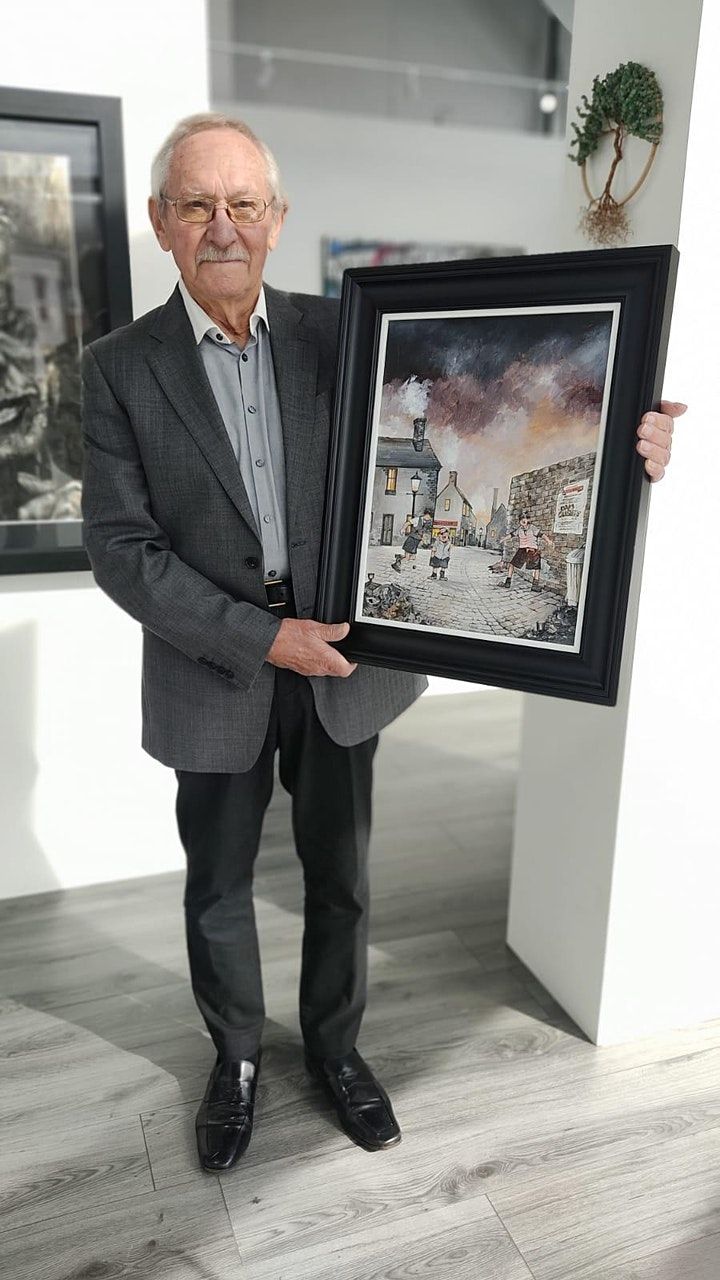 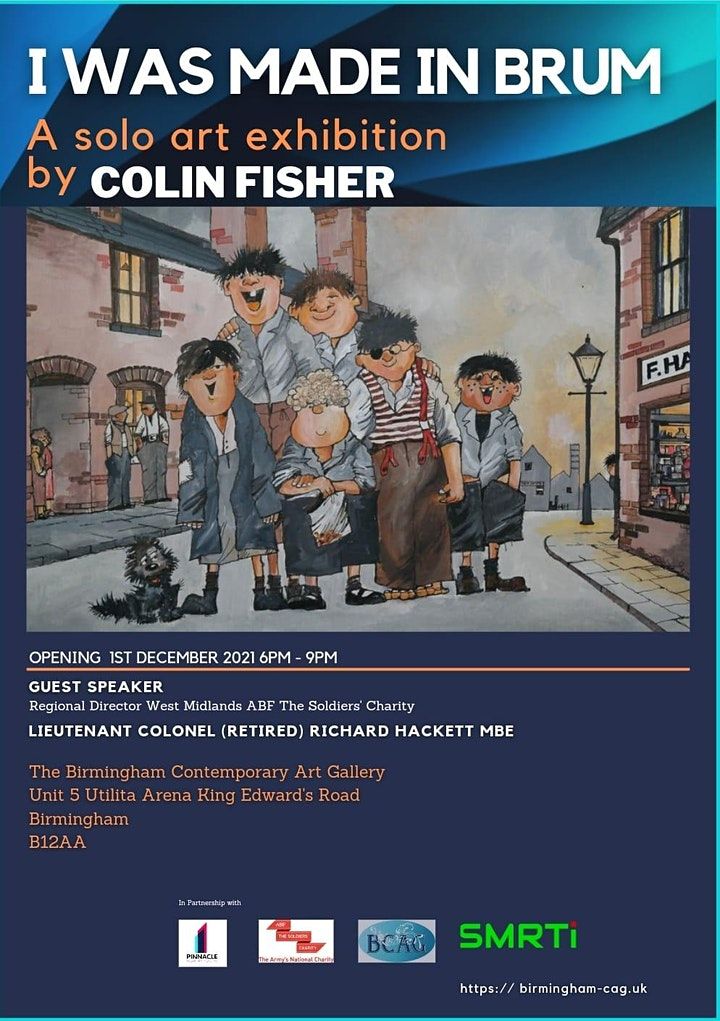