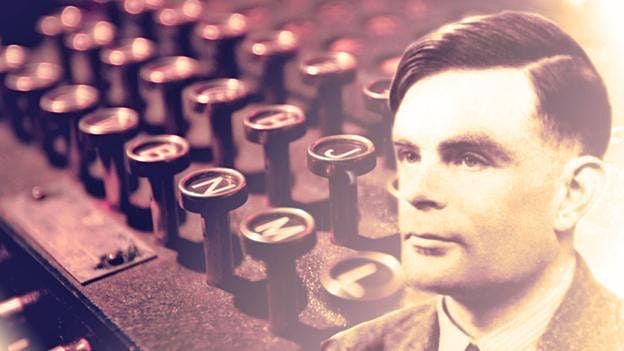 Alan Turing was one of the greatest 20th century Britons, but his life was beset by frustration and tragedy. Ed Glinert tells the story.
About this Event

Alan Turing should have invented the computer, but to his chagrin discovered that a team at Manchester University beat him to it in 1948.

So he contacted the department and had little difficulty convincing them he should be hired, for his reputation as one of the pioneers of computer science went before him. We now know, though it was a secret at the time, that Alan Turing had had an excellent war, heavily involved in cracking the supposedly unbreakable codes that the Nazis had encrypted into their Enigma machine.

Turing had been a maths prodigy as a boy. His first day at Sherborne school, aged 14,coincided with the 1926 General Strike. So determined was he to attend school, he biked it 60miles to the establishment, stopping overnight at an inn. At Sherborne he developed an interest in the latest mathematical philosophies, in particular Bertrand Russell’s paradox: “the set of all tea cups is not a member of itself, but the set of all non-tea cups is”, its beautiful and simple resonance so influential in the development of logic as a science.

At Cambridge University Turing developed the idea of a thinking electronic machine but lacked the parts to build one. Manchester had succeeded (find out more on our Oxford Road/University/Science walks) and Turing helped extend the department’s knowledge of primitive computer technology, working in a small brick office on Coupland Street. It all went wrong for Turing in the 1950s after he picked up a boy at the Regal Cinema on Oxford Street (now the Dancehouse Theatre) and took him home for sex. The boy allegedly tried to blackmail Turing, and the mathematician went to the police.

When they discovered that there had been a (then illegal) homosexual relationship between the two men they turned the tables on Turing and prosecuted him for gross indecency. His conviction led to the removal of his security clearance at a time of public anxiety about spies and homosexual entrapment by Soviet agents. He was forced to take hormones to “cure” him of his sexual leanings which made him grow breasts, and on 8 June 1954 Turing’s cleaner found him dead. The cause was established as cyanide poisoning.

Did Alan Turing commit suicide, depressed about his career and life being in ruins, or was his death an accident brought on by failing to take care following one of his numerous chemical experiments? A further complication to the drama suggests that Turing was re-creating a scene from his favourite film, Snow White, and that he deliberately executed an ambiguous death to save his mother from too much embarrassment.