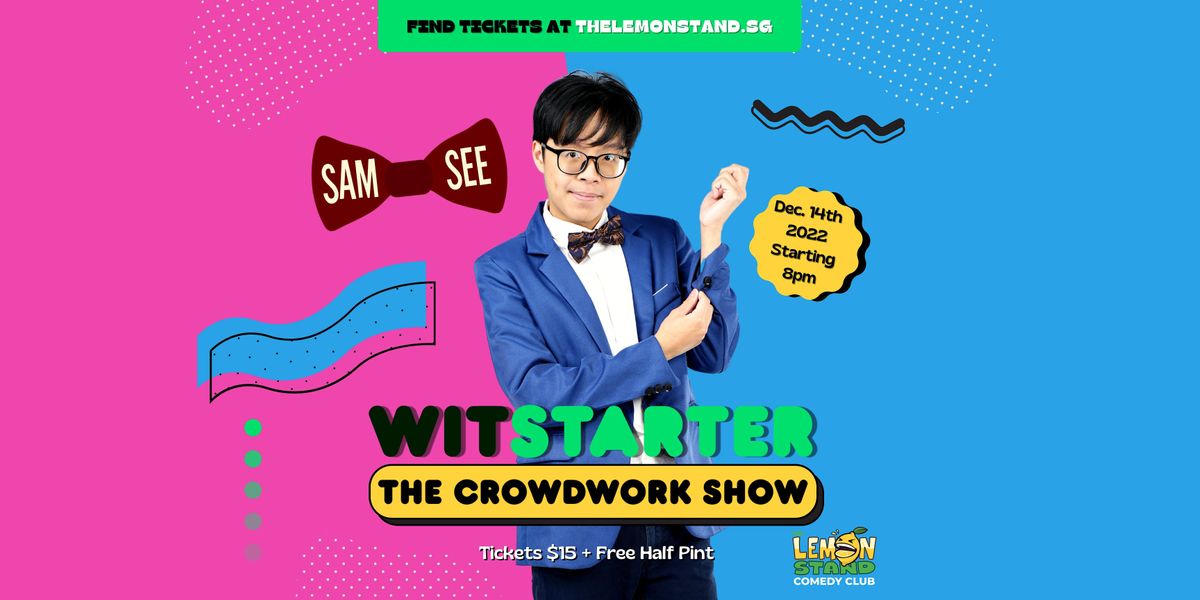 W﻿hat's the best way to get to know your date? Take them to an interactive comedy show, featuring Singaporean Stand-Up Comedian Sam See, of course!

J﻿oin us for one night only at The Lemon Stand Comedy Club, as Sam See throws away the script and makes it up as he goes along, in a night of crowd work comedy! Be prepared to have a chat as he'll pull everything and anything out of his creative hat, chaos and delight awaits on the 14th of December!

Crowd work is a type of improv comedy where the comedian to interact with the crowd and come up with jokes on the spot, based on the material provided by the audience. Getting up on the stage and entertaining a crowd with a script is tough enough as is, but now with nothing in his back pocket, Sam's going to be making the night all about the most important person in the room: YOU!

C﻿ome out for an unforgettable night at The Lemon Stand Comedy Club!

Sam See is an award nominated stand-up comedian currently based in Singapore. He has headlined in over 25 different countries, multiple international comedy festivals, and has crowd-surfed three times.

​Sam has sold out shows in Melbourne, Hong Kong, London, Tokyo, Berlin, the USA and Italy, and has also worked with and opened for Dara Ó Briain (IRE/UK), Bert Kreischer (US), Gina Yashere (US/UK), Jim Jefferies (AUS/US) & Kevin Bridges (SCO). Sam was also featured on Comedy Central Asia's Stand-Up Asia, as one of their top twelve comedians from Asia. He has also been on The Jim Jefferies Show (Comedy Central US), MTV, and was a permanent panelist on Singapore’s first ever comedy panel show, OK Chope (Channel 5).

"★★★★★ dynamic and irrepressible, makes this show a joy from beginning to end"