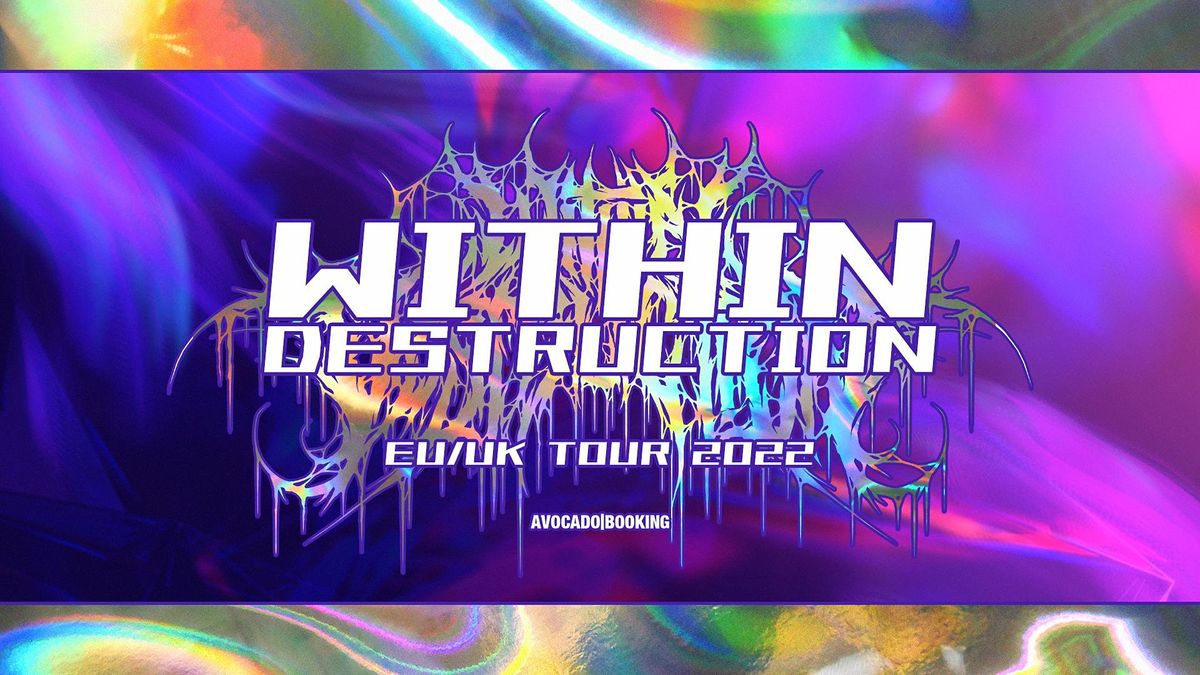 Advertisement
Embedded Promotions by arrangement with Avocado Booking presents:
WITHIN DESTRUCTION
SIGNS OF THE SWARM
BODYSNATCHER
SLEEP WAKER
About this Event

Already having dropped a debut ''From the Depths'' in late 2012, which received exceptional feedback among metal community around the globe due to its diverse structure and melodic essence, this time around ''Void'' delivers a more heavier, darker, faster and groundbreaking impact. Recorded in Fall 2015, the album also features a few recognizable faces, such as Adam Warren (Oceano) - guest vocals, Dean Lamb (Archspire) – guest solo and Jamie Hanks (I Declare War) – guest vocals. Parallel to the making of ''Void'', preparations for the European tour were being made in order to promote and spread the album the moment it hits the shelves. 'Void'' was released by Rising Nemesis Records on 12th of February 2016 and already received many amazing reviews worldwide and is set to be one of the best brutal and technical releases this year.

Within Destruction experienced all, from the early local shows to large foreign stages and festivals. Some of the band's most noteworthy performances are playing as a support for the American deathcore legends Suicide Silence, the satanic Belphegor from Austria, the French thugs Benighted and appearing on the second and main stage of one of Europe's biggest festivals, Metaldays. Within Destruction also went on a two-week European mainland tour together with slam titans Disentomb, Kraanium and Visceral Disgorge where they promoted VOID.

"VITAL DEPRIVATION" out NOW via Unique Leader Records! Combining various styles such as Death Metal, Slam, and Hardcore, each song Signs of the Swarm conjures is sure to maim and crush. With their catchy riffs, raunchy breakdowns, maniacal vocals and off-the-rails, unapologetically heavy brand of sonic deviance, Signs of the Swarm is quickly causing a stir within the underground...

Signs of the Swarm is a five-piece death metal horde hailing from Pittsburgh, Pennsylvania. "With the release of their debut album Senseless Order earlier this year, they’ve already begun to gain national attention. The mood and ambience are consistent and the breakdowns and build up to them are flawless. Vocals are absolutely incredible.” - Sputnik Music

To Sleep Waker, dreams can be a powerful thing.Some people fear them, dread every second leading up to the one where they break from consciousness, sacrificed to the shadows of their psyche. Meanwhile, other people dedicate hours that morph into days and weeks mastering how to instill their own lucid dreams—to escape the harsh realities of life to a world of their own. Like people, dreams can be good or bad; inherently pleasurable or hellish, and if you had to pick a band to capture all that truly defines dreams—the great ones, the good ones, and the horrifying ones—Michigan’s Sleep Waker is definitely the band to choose. Combining haunting, eerie melodies with malicious breakdowns and cutthroat grooves, Sleep Waker combine blistering nu metal, abrasive metalcore, and just enough ethereality to drop the listener’s guard, making an experience that is haunting and brooding while managing to be addictive and immersive in everything they write.

DATES SUBJECT TO CHANGE DUE TO COVID 19 UK GOVERNMENT RESTRICTIONS. 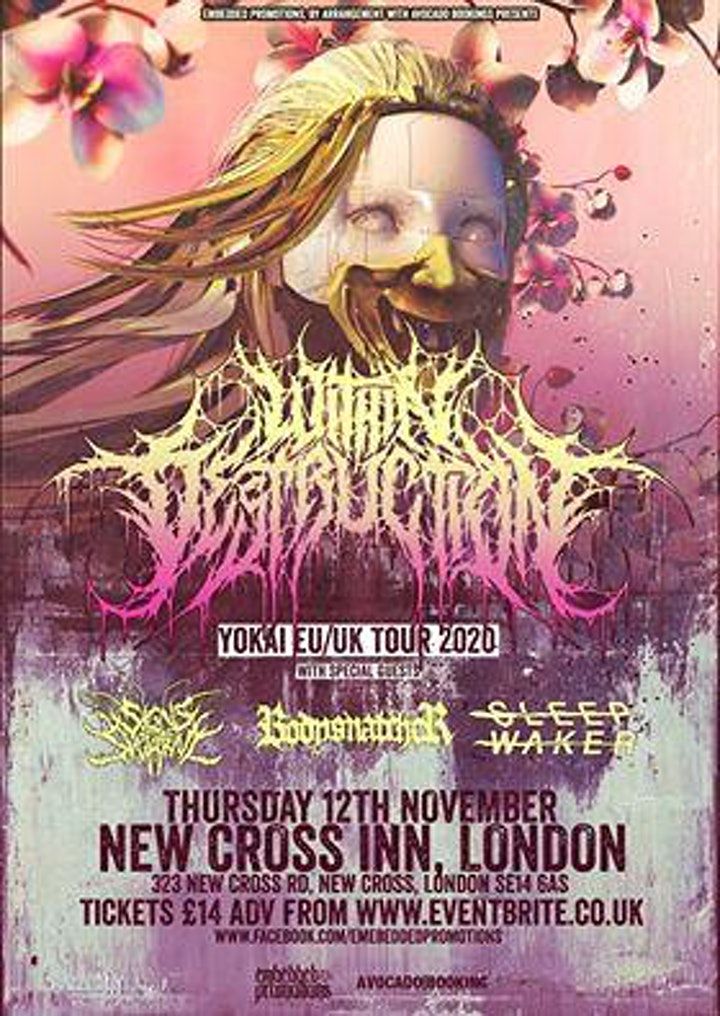 Festivals in LondonMusic in LondonEntertainment in London