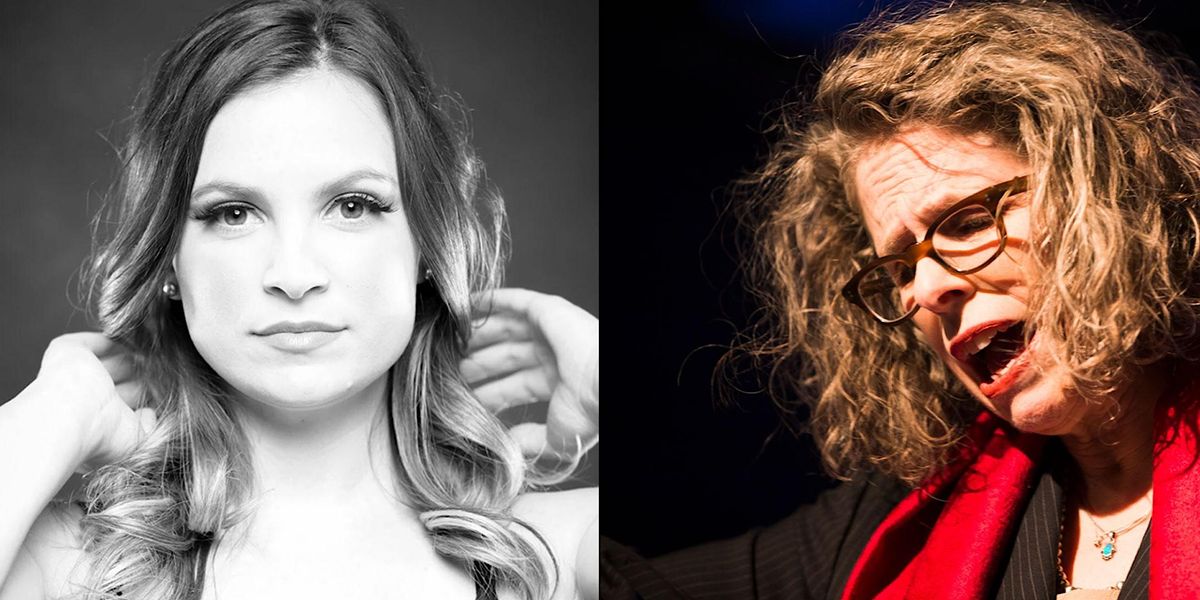 Advertisement
Greenwich Village has been home to some of America’s greatest creative minds – poets, composers, innovators, iconoclasts, and free-thinkers.
About this Event

For generations, many of New York’s most creative people have lived, worked and played in Greenwich Village: some briefly, like Robert Frost, others for their entire lives. Village Voices pairs their words with music, adding another dimension to the work of these innovative thinkers and experimenters.

John Cage and Henry Cowell were pioneers of the musical avant-garde, experimenting with extended techniques, indeterminacy and electro-acoustic music. Their work was controversial and ground-breaking, redefining the art of music itself. In “The Wonderful Widow of Eighteen Springs,” Cage has the pianist perform a percussion part on the closed piano lid – on other occasions he prepared the inside of the piano with a selection of objects which altered the sound, and in the celebrated 4’33” he has the pianist sit in total silence. Cowell’s setting of “The Pasture” is relatively conservative. The story goes that Cowell left the table at a dinner party to retire to the music room and compose the song at the piano. He then performed it with one of the other dinner guests! Cowell later became notorious for his arrest on charges of homosexual conduct and was championed by the Seegers.

Ruth Crawford Seeger came to the Village to study theory and composition with Charles Seeger, whom she eventually married. The two were politically active, and the strong left-wing slant of the texts of Chinese immigrant H.T. Tsiang attracted her.

Like Cowell, black composer Margaret Bonds also felt a special affinity for the poetry of Robert Frost, and perhaps even more for that of Edna St Vincent Millay. Though separated by the color line, the two women were alike in spirit, both feminists committed to using their art to promote social justice.

Long-time East Village composer Kitty Brazelton felt a similar strong pull toward the work of black poet and playwright Angelina Weld Grimke, whose play Rachel was performed before an integrated audience in New York City’s Neighborhood Playhouse in 1917. Djuna Barnes was an author, poet and illustrator who became a fixture of Greenwich Village Bohemian society; William Anderson’s settings receive a new treatment for guitar orchestra. James Baldwin resided in the Village for most of his adult life; his themes of racial inequality and sexual identity resonated strongly with Mississippi-born Nehemiah Luckett. Poet Masha Kaléko spent much of her life as a displaced person, fleeing first war-torn Poland for Germany, then Berlin from the Nazis before immigrating to New York. Both Anderson and Jonathan Dawe found her poetry evocative and frighteningly relevant to contemporary times.

Willa Cather’s writing recalled her youth in the Prairies, but she moved to No. 5 Bank Street as a young woman and spent 14 years there. Grammy Award-winning composer Libby Larsen loves to set prose – she was attracted to the musicality, strength and rhythm of Cather’s “My Antonia.“ Tanya Leon attended NYU for both her Bachelor’s and Master’s degrees.

The Mannes Conservatory (New School) is a relative newcomer to Greenwich Village, but is already producing young talent like pianist-composer Gavin Cappon, who studied there with composer Steven Sacco.

Sharon Harms is known for fearless performances and her passionate interpretations of new music, premiering the work of many of today’s leading composers. Cuban-born singer Adriana Valdes brings brilliant technique, gorgeous tone and a rare musical intelligence to her singing. Both Cathy Kautsky and Joan Forsyth are lovers of words and music and the magic that transpires when the two are combined.

Soprano Sharon Harms has been praised by the New York Times as "superb,” "luscious-toned,” "extraordinarily precise and expressive,” and "dramatically committed and not averse to risk.” She is known for fearless performances and passionate interpretations of works new and old for the recital, concert, and operatic stage. Sharon has premiered the music of some of today's leading composers and her repertoire spans periods and styles. A wide array of collaborations has seen her work in venues around the world, and she has appeared as a Fellow at the Tanglewood Music Center, and as a guest artist of the American Academy in Rome.

Cuban-American soprano Adriana Valdés was born in La Habana, Cuba, and began her musical studies as a violin player. At a young age she moved to Mexico where she attended the Instituto Nacional de Bellas Artes. The Mexican press considered her “youthful and charming, possessing a vast register”, “A force of nature” and “Vocally impeccable with an enviable comic vis.” Adriana made her debut with Opera de Bellas Artes in México in the role of Gretel in Humperdink’s Hänsel und Gretel under the baton of Niksa Bareza. She made her American debut in 2016 in the title role of Emilio Arrieta’s Marina with the Miami Lyric Opera.

For pioneering New York City composer, bandleader, and multi-instrumentalist Kitty Brazelton, music is personal, and the personal is universal. Her latest recording project ​COVID Choirs​ will feature works including “Storm”, a retranslation of Psalm 104 written after Hurricane Sandy. Brazelton confronts encroaching invisibility with ​The Planes of Your Location​, a live concert experience featuring Isaura String Quartet, premiered days before the global shutdown. The Essential Prayers Project​ redefines the tradition of prayer, making powerful words of hurt and hope accessible to all, religion aside. “Brainy, boisterous and quintessentially downtown” wrote Mark Swed of the Los Angeles Times.

The highly innovative and conjured world of composer Jonathan Dawe joins Baroque imagery with a modernist mix, cast with dynamic dramatic flair. Commended for his "quirky, fascinating modernist variations on earlier styles" (Time Out), his music involves the recasting of energies and sounds of the past into decisively new expressions, through compositional workings based upon fractal geometry. The Flowering Arts, a bold fractured transformation of Marc-Antoine Charpentier’s Les arts florissants, commissioned by the Boston Symphony, was hailed as a “powerful premiere” (Boston Globe).