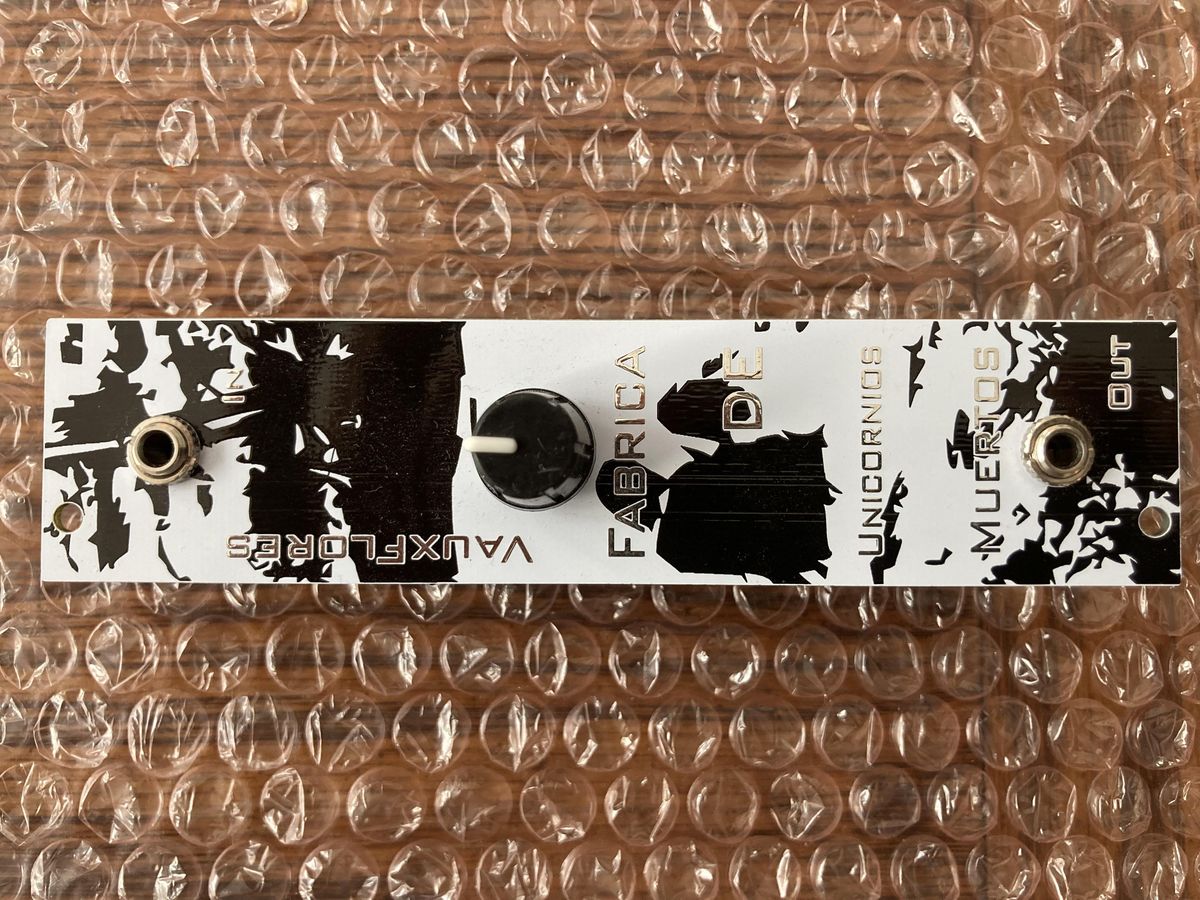 Advertisement
Hey now - who want's to build a synth module?
About this Event

Hey now – something new and fantastic from the house of Vaux! Introducing our very first DIY-minded (socially-distanced) workshop-grade, ever-so-fancy but not-so intimidating Eurorack module! This has admittedly been a long time coming, but truth be told, prior to the past year, the general existence was just a little too crazy to actually get my collective act together to make it happen. In that light, hey, the last year was good for something, I suppose.

So what is it? I mean, other than a Eurorack module that you get to build yourself with a clever name in Spanish that is equally inspired by a general disdain for overvalued technology startups as well as what could potentially be a great name for some sort of craft beverage and all that. Welp, it’s a filter. Well, sort of. I mean, by definition, it is a filter, as in it is a device designed to selectively remove frequencies from an audio signal. But unlike the usual filters that you’re accustomed to where it removes some portion of the sound and then you turn the resonance up and it gets all squelchy and then the bass drops after some dramatic sweep to build tension before the hit – yeah, not that type. In fact, for the technical folks out there, this is a switched capacitor filter – which, while sounding neat, is an entirely different beast and is quite possibly far too underrepresented in the world of modular synths at the moment. What does that mean? Well, for one, no linear cut off or squelchy resonance. Instead, it’s all about emphasizing funky harmonics and the like - as you turn the knob, things get freaky depending on what sounds are going into it. And if those sounds are changing, things get even freakier. I like it – it’s different. It’s kind of like a ring modulator or perhaps a bit crusher but more wild and unpredictable. It makes things crunch, chirp and sputter and once that’s done and over with, it lets you in on the sounds behind the sounds. Even better, unlike the few other switched-cap filters on the market, it does it in a skiff-friendly, diet-conscious 6 hp. All in all, I think you’ll like it – or at the very least, it’ll add a touch of flavor to your setup without filling up your case.

Ala logistics: the workshop will take about 2 hours and all materials will be provided. No prior electronics experience is needed and yes, you get to keep this module at the end of the workshop. Price is $100 and we’ll have a synth or two on site for testing unless you really, really want to share your sweet, sweet setup. As with VF workshops from before the bug, we strive to keep the atmosphere casual, informative and friendly – and SAFE. Speaking of, for those wondering what precautions we’ll be taking, we will be practicing social distancing, all tools will be sanitized before and after use, masks will be mandatory and your intrepid instructor is fully vaccinated, as you should be as well. Also, attendance will be limited to 5 and a small VauxFlores pop-up shop will also be on-site for anyone interested in nabbing something without having to solder it themselves.