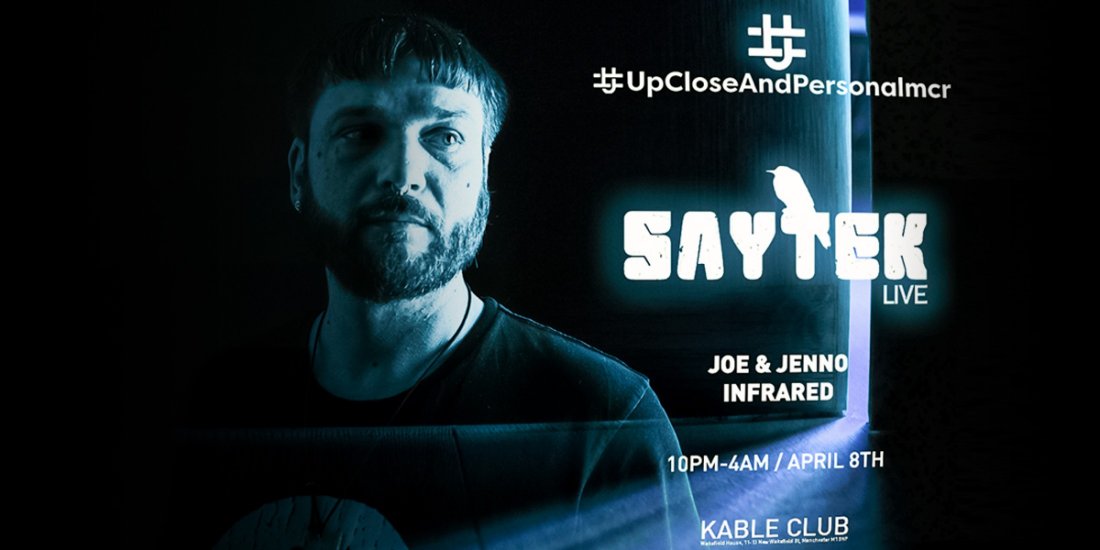 After a few reschedule dates and a long impatient wait in a world filled with uncertainty, we are so happy to announce that we finally have a date for our SAYTEK: LIVE show as he finally makes his long-awaited return to UCAP.

“One of the UK’s freshest and most exciting acts, all the music is written & produced by the man himself. Amazing” -Carl Cox

Over the past few years, Saytek (aka Joseph Keevill) has carved himself a reputation as one of the electronic music scene’s most innovative live acts thanks to his impressive improvised shows. Described by Carl Cox as “Absolute Genius when it comes to live”, a sentiment echoed by his fans and many across the industry due to his mastery of machines (including analog synths, sequencers and drum machines) combined with unique energy and an ear for melody. His sound is broad and genre-defying, taking listeners on a journey through underground house, acid & techno that is tough yet intricate and deep.

To date, Saytek has released eight esteemed live albums, Live Jam tracks, EPs and 12” singles, on his Cubism imprint as well labels such as Awesome Soundwave, KMS, Trax, R&S, Superfreq, Liebe*Detail, Soma, Bedrock, fabric, My Favorite Robot Records, Wiggle and many more. His raw live recorded tracks have become the weapons of choice for the most respected DJs in the world across the spectrum of underground music.

Support on the night will be provided by two talented duos from the Blackburn area as we welcome back Joe & Jenno and Infrared to make their UCAP debut.