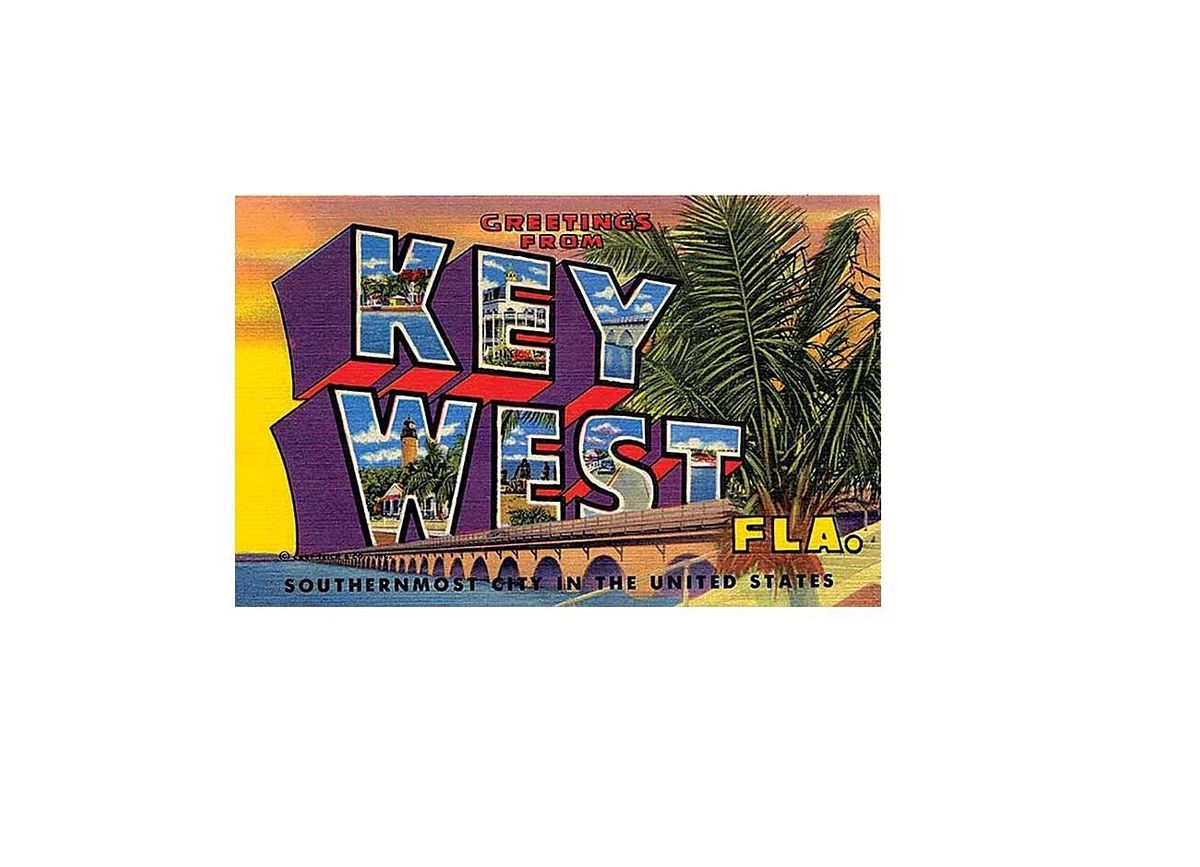 Advertisement
If you are looking for something different while visiting Miami, our trips to Key West are an ideal way to explore this island area.
About this Event

If you are looking for something different while visiting Miami, our trips to Key West are an ideal way to explore this island area. With hours of free time ahead of you, you’ll easily fall in love with laid-back Key West and everything it has to offer. From museums to nature conservatories to walks along the coastline, discover another side to this part of Florida.

*FREE WIFI aboard the bus from Miami to Key West 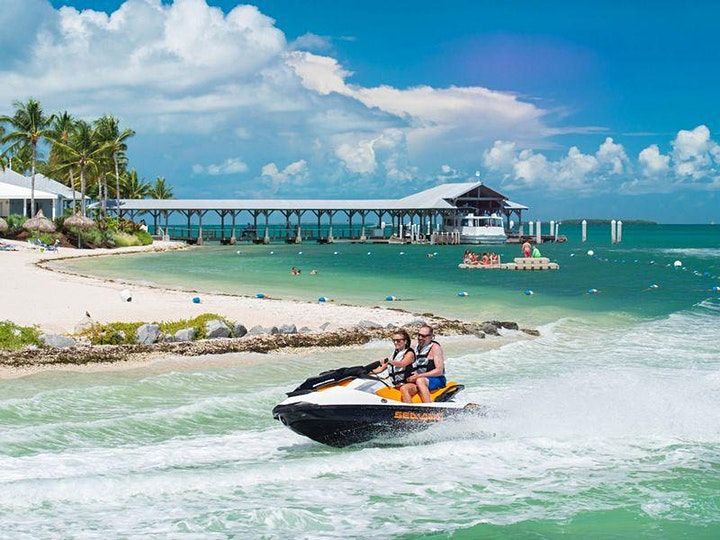 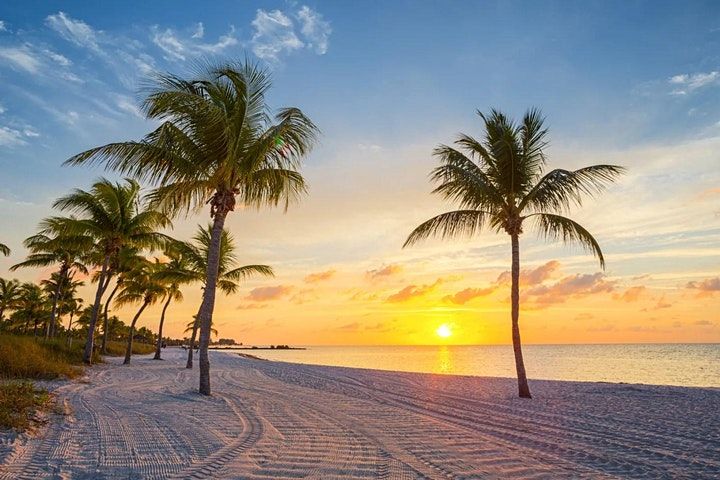 Key West is famous for its pastel-colored houses, coral reefs and beautiful beaches. You won’t want to miss the opportunity to visit and explore this stunning area, not far from the Magic City of Miami. Get to enjoy fantastic food, museums, beautiful landscapes and an incredible variety of water sport.

Dry Tortugas Nested approximately 70 miles from Key West and accessible only by air and sea are the Dry Tortugas islands. The 100 square mile National Park contains 7 smaller islands and is a paradise for snorkelers containing innumerable aquatic life as well as plethora of historical shipwrecks. The main center island is home to Fort Jefferson and a rich colorful history. Beginning with the discovery the Dry Tortugas in 1513 by Juan Ponce de Leon, a Spanish conquistador, explorers and merchants have traveled through the Dry Tortugas to and from the Gulf Coast. The collection of islands begins appearing on Spanish maps and charts because the route was frequently used for Spanish ships home from Veracruz, the Caribbean, or the Gulf Coast of Florida, as early as in the mid 1500's. Fort Jefferson, the largest all-masonry fort in the United States, was built between 1846 and 1875 to protect New America's gateway to the Gulf of Mexico. Due to their low and flat geography, these islands and reefs pose a significant navigational hazard to ships passing through the 75-mile-wide straits between the gulf and the ocean. Consequently, these high risk reefs have created a natural “ship trap” and have been the site of hundreds of shipwrecks. A lighthouse was constructed at Garden Key in 1825 to warn incoming vessels of the dangerous reefs and later, a brick tower lighthouse was constructed on Loggerhead Key in 1858 with the same purpose. 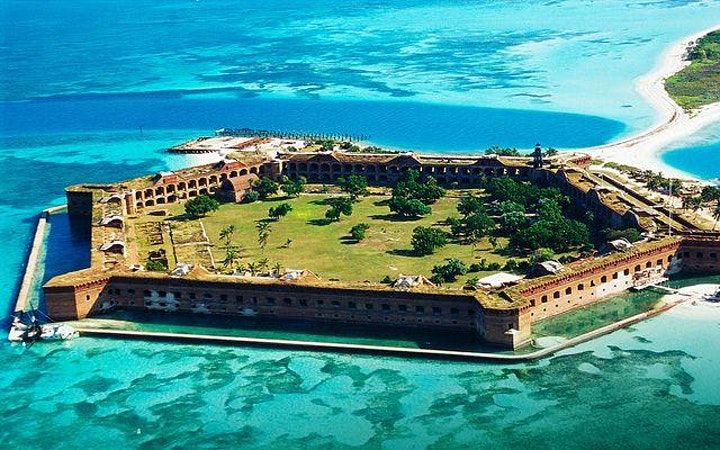 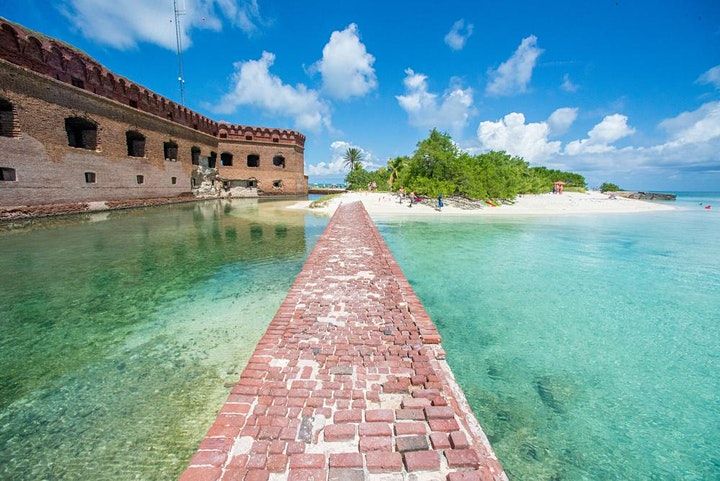 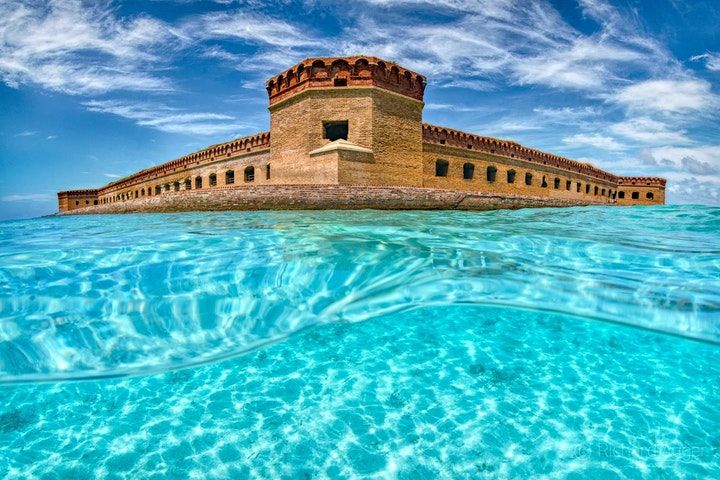 Ernest Hemingway House. Ernest Hemingway lived and wrote here in Key West for more than ten years. Calling Key West his home, he found tranquility and great physical challenge in the turquoise waters that surround this tiny island. The house was built in 1851 by Asa Tift, a marine architect and salvage wrecker, and became Ernest Hemingway's home in 1931. The house still contains the original furniture that he and his family possessed. The house was built by Asa Tift, a ship's architect and captain. Construction began in 1849 and was finalized in 1851. Tift later moved in 1851 with his wife Anna (Wheeler) and daughter Annie, two sons were born in 1852 and 1854. Mr. Tift lost one son in 1852 and his wife and other son in 1854 due to yellow fever epidemic. Tift remained in the home as a widow, and died 1889. 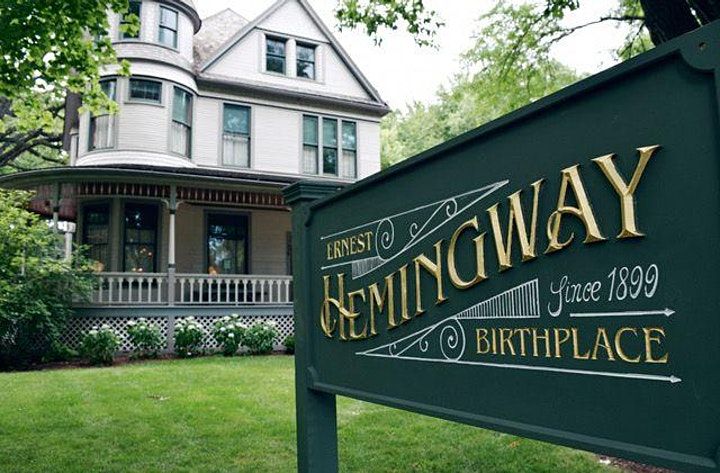 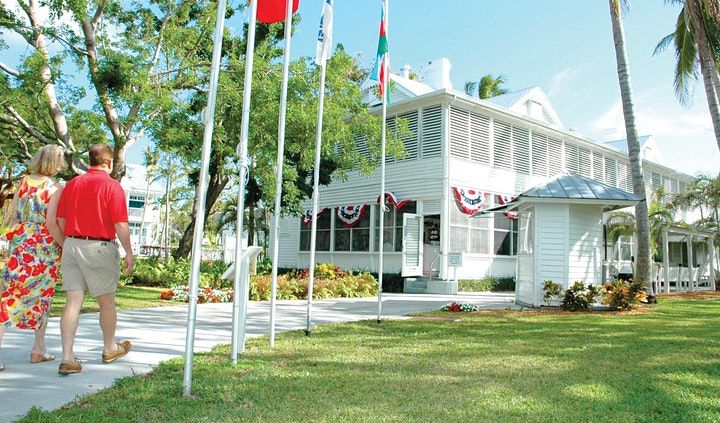 The Key West Aquarium was the long time dream of Dr. Van Deusen, formerly the a director of the Fairmount Park Aquarium, in Philadelphia. He began construction during the Great Depression in 1933 as part of the government's Works Progress Administration Program which had the purpose of helping to build many of the historic Key West Attractions that have historically inhabited the island to this day. Consequently, it's construction and subsequent operation created many jobs to local Key Westers or “Conchs” as they are called now a days, during this hard financial time where jobs were limited, and people were in want of monies in order to support their families. 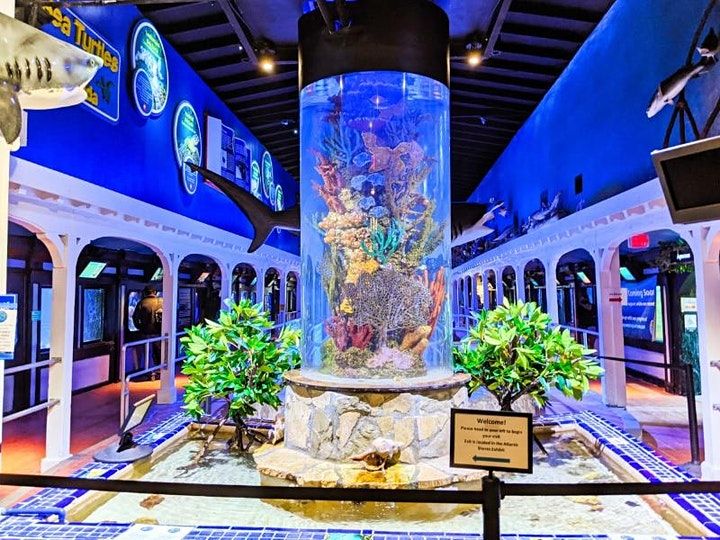 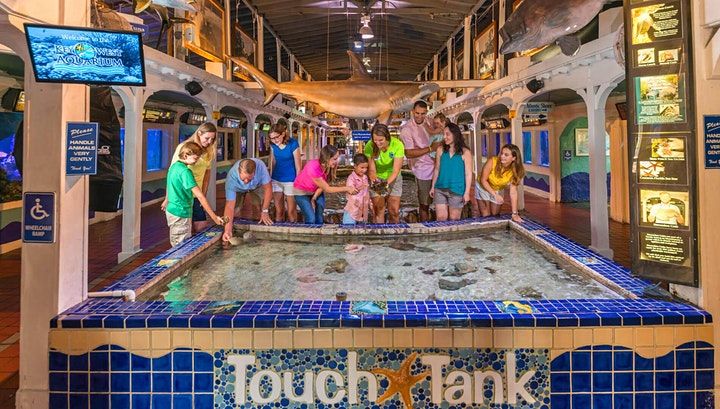 Crown Plaza Key West. A place rich in history, jubilant and vibrant nightlife, and tropical paradise all come together at the La Concha, located on Duval street. Throughout the years, famous authors, writers and artists such as Ernest Hemingway and Tennessee Williams have visited this tropical island and found inspiration and contentment; and also indulging in Key West's notoriously playful nightlife - centered on Duval Street. Explore Florida's diverse island paradise, discover its pristine crystal clear turquoise waters and warm sublime sunshine, and learn its historic past through attractions, and architecture, La Concha is the perfect hotel to experience Key West! 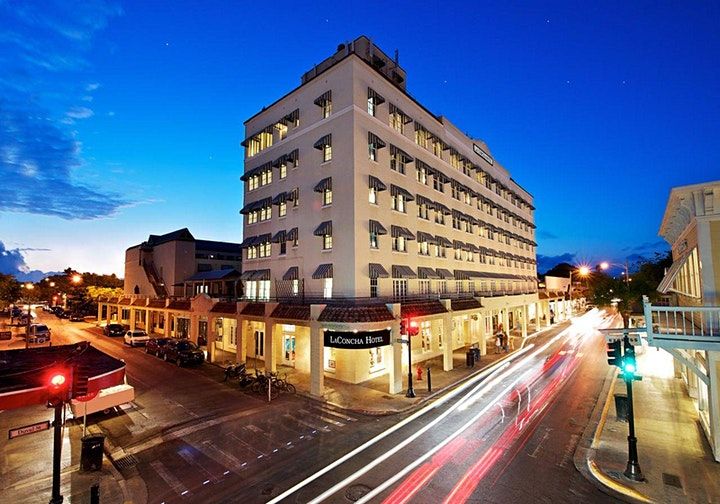 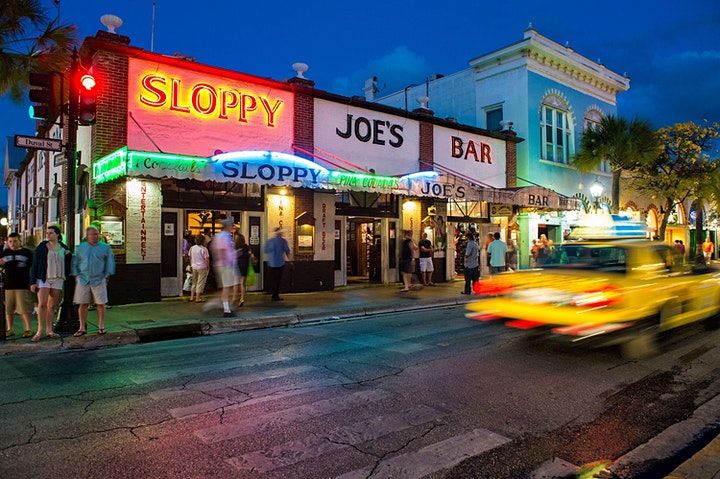 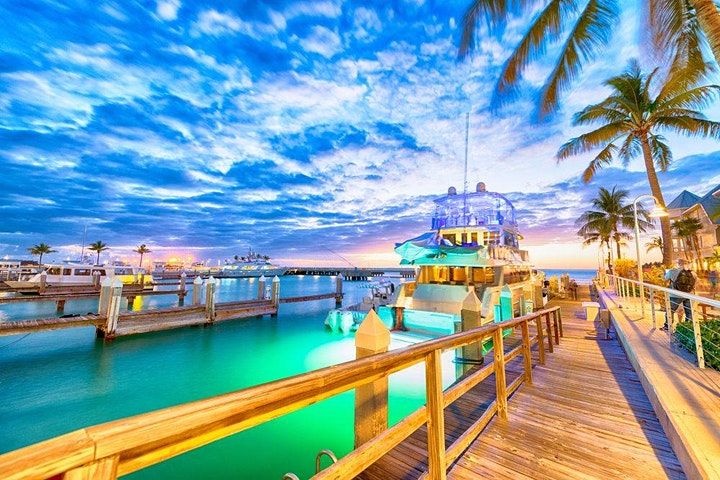 Key West Lighthouse. The first Key West lighthouse was a 65-foot (20 m) tower completed in 1825. It had 15 lamps in 15-inch (380 mm) reflectors. The first keeper, Michael Mabrity, died in 1832, and his widow, Barbara, became the lighthouse keeper, serving for 32 years. The Great Havana Hurricane of 1846 destroyed the lighthouse; the USS Morris, which was wrecked during the storm, reported "a white sand beach covers the spot where Key West Lighthouse stood". 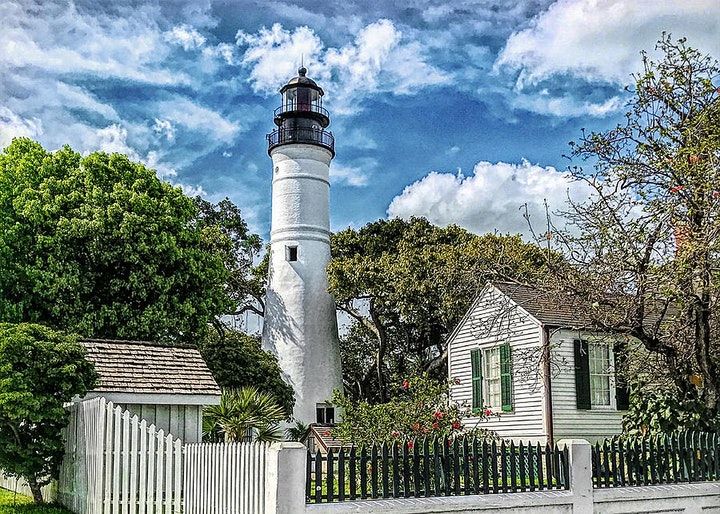 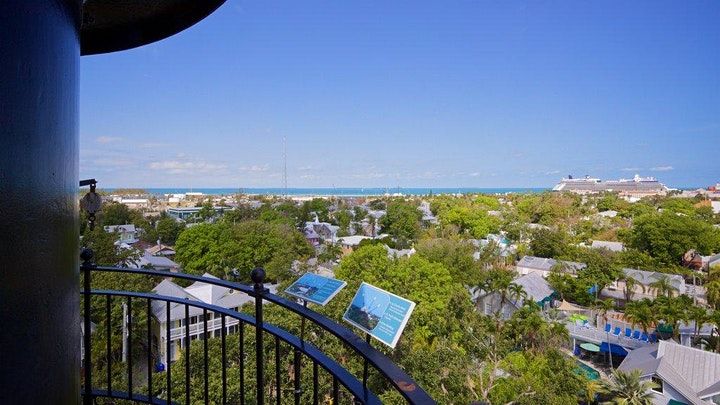 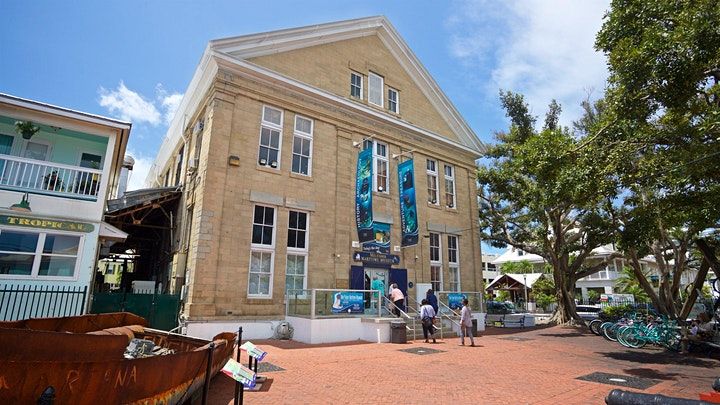 Any vacation to Miami should obviously include a relaxing day on the beach, a walk down Lincoln Road, and an exhilarating dance night at Mango's Tropical Café. After all, what more could one do while taking a trip to Miami? "Fortunately, there's plenty more to do during your trip to Miami. While the sun and a good tan may satisfy some, the curious visitor's short list should include a trip from Miami to Key West, an Everglades air boat ride tour with a wildlife spectacle, as well as a Miami city tour by land and sea. While Miami is renowned for its glamorous beaches, culture, and vibrant nightlife, Key West offers an escape from Miami's never ending city life and vibrant. Miami to Key West bus tours can provide a fine line for those longing for a little peace and quite, along with some well-deserved R&R. Miami to Key West bus tours offer a tranquil and enjoyable vacuum in which to allow one to do a bit of soul-searching, connect with nature, and a take as long as you like to regroup and enjoy the peace and tranquility, which as many famous American authors has come to realize, which can only distinctly be found in Key West. The distance from Miami to Key West is just 160 miles with several logistical options available to make the trip from Miami to Key West. 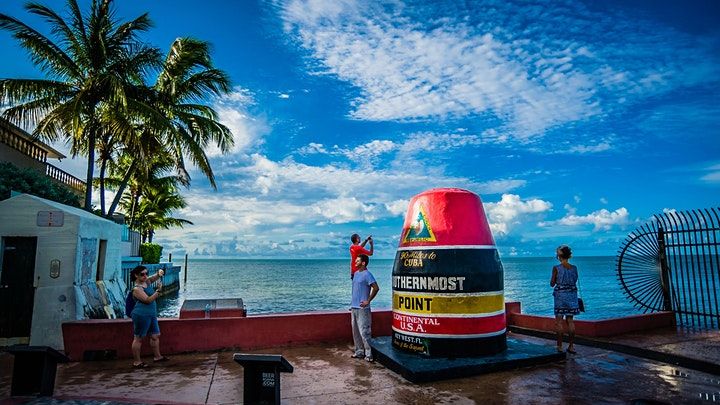 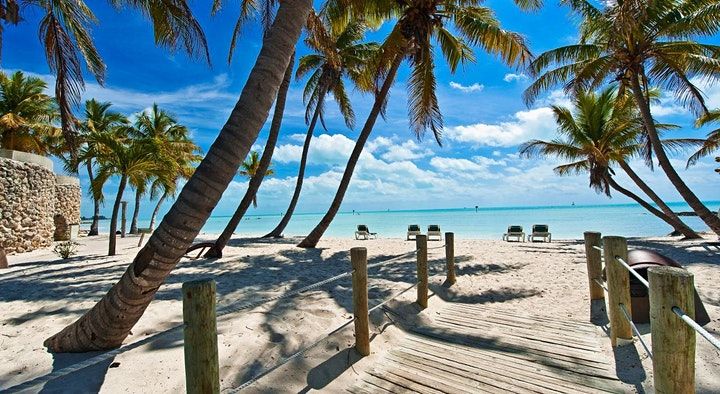 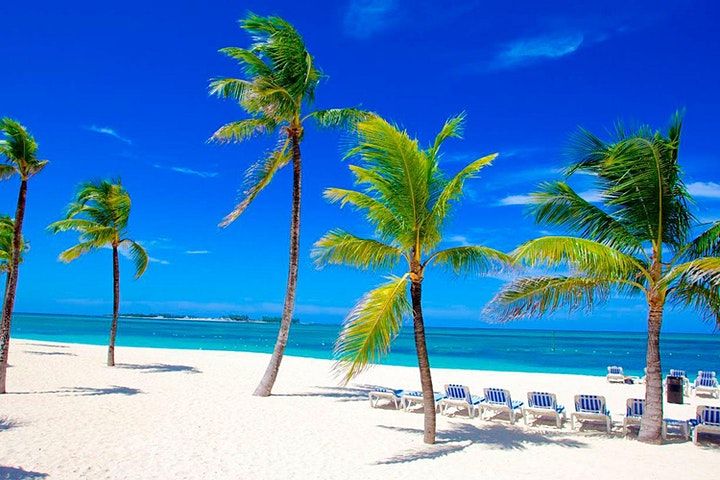 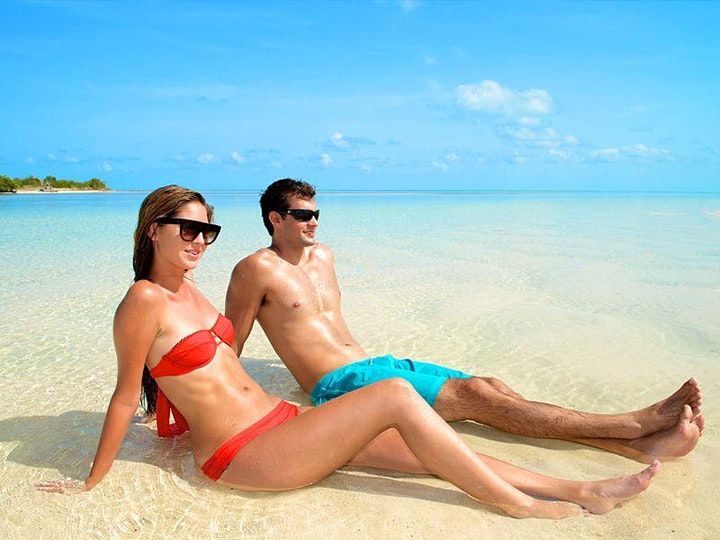