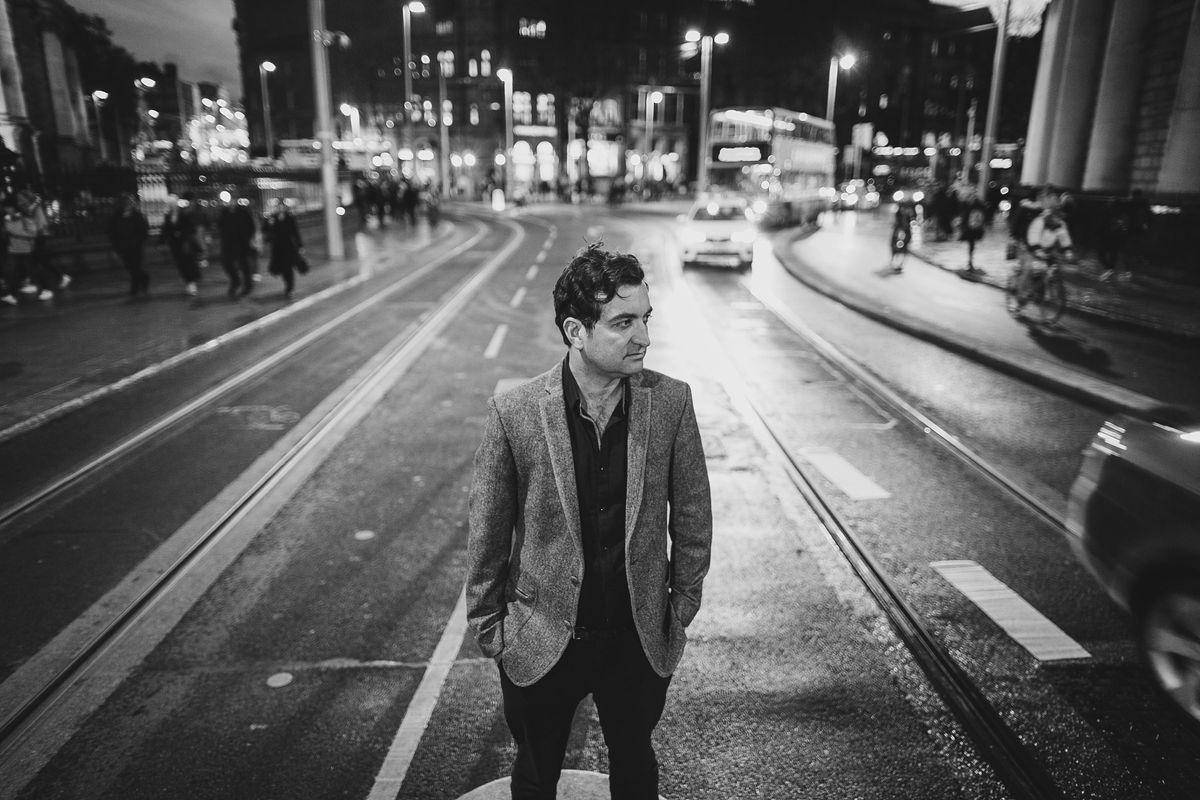 Ultan Conlon makes a returns to The Workmans Club, this time with his Trio, Jon O'Connell on Double Bass and Michael O'Connor on Guitar
About this Event

"RTE Radio 1's Album of the week!...gorgeous, gorgeous album" Fiachna Ó Braonáin/Rte Radio One "a record that revels in the beauty of the simple and unspectacular." Sunday Irish Times

“one of the year’s standout records” International Americana Music Show

Ultan was introduced to Sean in LA in

2016 while playing some shows there including one at Largo, the well-known nightclub where Sean and Sara Watkins hosted The Watkins

Family Hour. Ultan says: “When I met the musicians that Sean brought on board to record my songs and we played the first few bars, I knew this record was gonna make itself, under the influence of Sean navigating us all ever so gently.”

Conlon’s poetically-enigmatic songs and “lyrical gems” (No Depression) often stem from his own personal experiences, whether he is reflecting on the dark days of his battle with alcohol addiction (“A Long Way Back”), the isolation incurred by the digital universe (“World from A Window”), anxiety concerning the fate of the world (“A Landslide”) or journeying towards self-acceptance and love (“There’s A Waltz”).

As for the aforementioned “World,” Ultan explains the evolution for this song began when his kitten, ‘Kitty’ was “staring out the window all day and there I was feeling so sorry for her limited life, looking out at birds and cars, and then I noticed myself, stuck on Twitter and Instagram, scrolling at mind-

numbing crap. The song expanded from that moment into a realization that so many of us are not immune to spending much of our lives on the windows of one’s computers or cell phones.”

If there’s a melancholy within the observations of “Window”, “Sparks of the Divine” brings a more exuberant optimism into the equation with an ode to love:

Turn to me quietly and whisper that you are mine

Break it to me gently like you’re telling me for the first time Not looking for much, but you give me

Conlon’s voice has been likened by many music writers to Roy Orbison and his writer’s voice brings forth original songs that combine depths of feeling, introspection and modesty, as witnessed in “Moments in Time”...

...out of the dark I arrive

Though I’m not the traveling kind

But along the trail of the same song, his thoughts are illuminated by the...

...Windows to stars that shine in the dark from above Where our love defies

Where our love resides

The title track, “There’s a Waltz” surprisingly starts out in 4/4 time, saving the shift into waltz-time only towards the end. As with all of Ultan’s songs on this new collection, the rewards, be they deferred or right at hand, bittersweet or joyous, are always reaching to connect to the listener’s heart and soul.