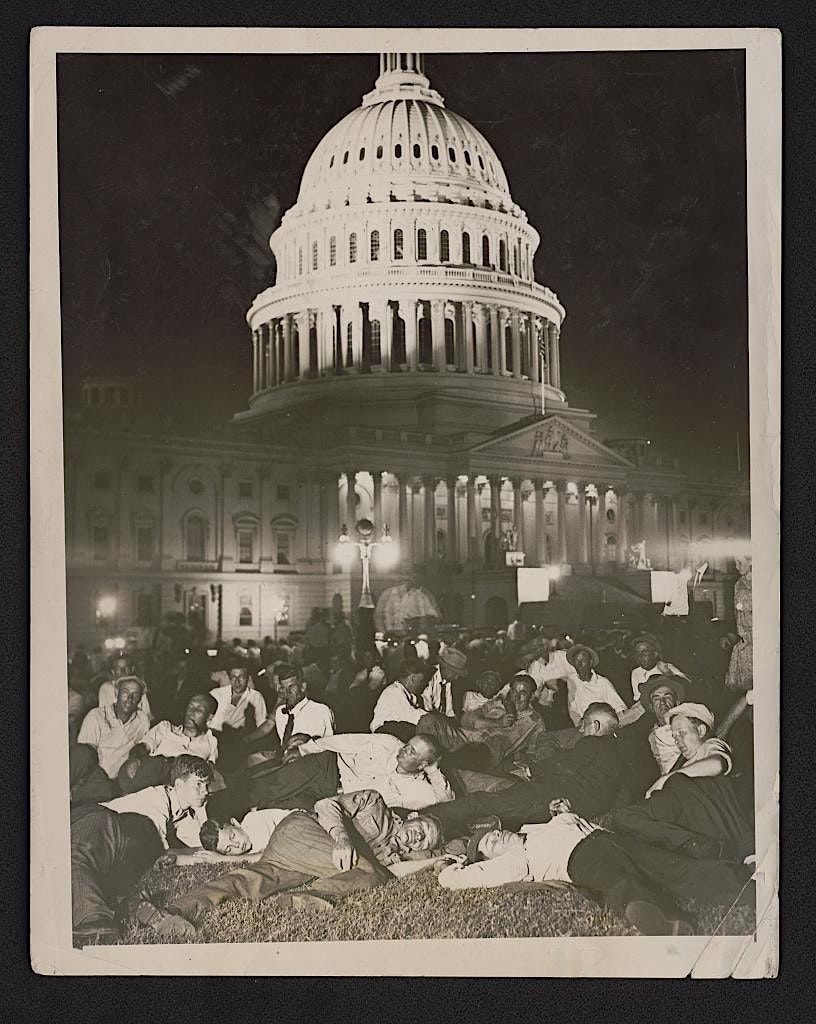 Advertisement
Tour! Of the Capitol Building & Congress’ Wild, Hidden History
About this Event

Our latest book, on the hidden history of the Capitol Building & Congress, is out!:

The tour will feature stories in the book.

The Capitol Building is justly renowned for its stunning architecture and landscaping. Yet its interior and grounds have also held court to 221 years of misbehavior & mayhem--by powerful men, and some unscrupulous women! Making for a great hidden history tour: of hanging, canings, bombings, the riots of 1835, 1857, 1919, 1932, 2020, and 2021, protest marches, and assorted and sordid acts of revenge! And some noble feats as well.

What: A walking tour of the Capitol’s ground that covers two centuries of misdeeds, and some accomplishments as well.

Where: MEET on the steps of the Supreme Court, 1 First Street, Northeast; Washington, D.C.

Experience the thrill, the shock. Of episodes drawing from:

• The near fatal beating of a Senator by a Congressman

• The first assassination attempt on a President

• The Capitol during the Civil War, WW2, war on terror, WW1, Vietnam War

• Bootlegged spirits by the legislators of Prohibition

• The bloody steps of a Capitol shooting

• The Capitol curse of its slain architect

• The burning down of the Capitol Building

• The legislators’ ladies of the evening

• The Army veterans vs. Eisenhower & MacArthur

• The restless spirit of a hanged war criminal

• A doomed, wounded Commander in Chief

• The unusual demise of convicted spies

• The bombing of the Senate chamber, and the bomber’s awful demise

Your guide is a former writer for the “Tonight Show”, and ex-White House speechwriter, historian and professional tour guide, and author of such books as:

The Lost History of the Capitol: The Hidden and Tumultuous Saga of Congress and the Capitol Building:

Order the new book at:

The Lost History of the Capitol: The Hidden and Tumultuous Saga of Congress and the Capitol Building