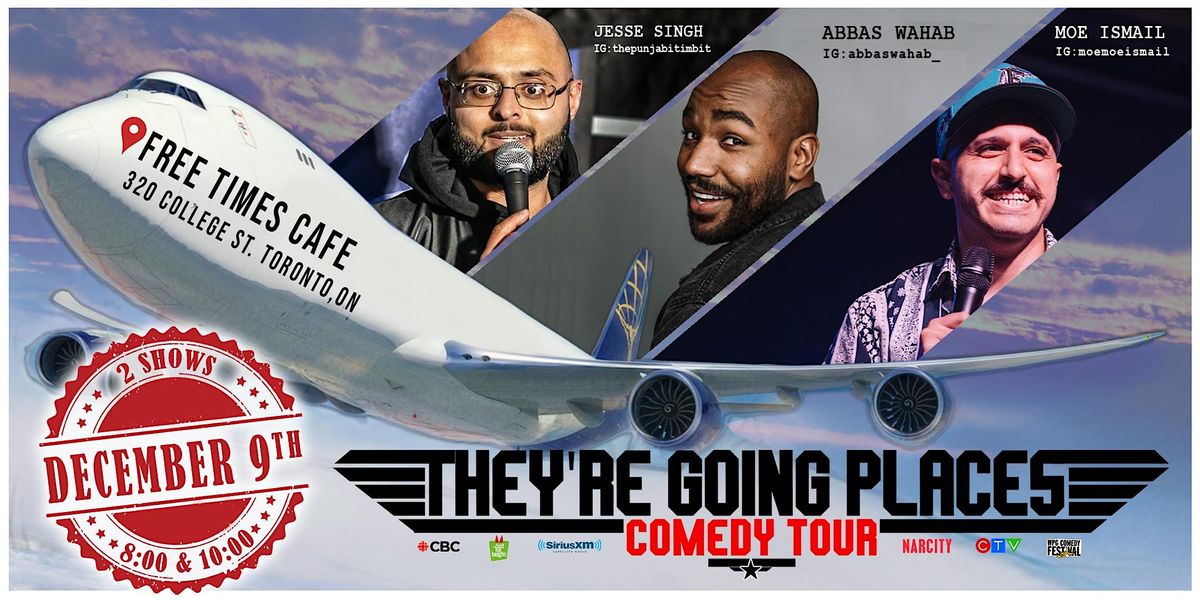 Advertisement
Three of Canada's funniest comedians are on a coast-to-coast tour of Canada and will be performing ONE NIGHT at Free Times Cafe!
About this Event

THEY'RE GOING PLACES TOUR is in town to deliver a hilarious, action-packed comedy show. Don't miss them as they make their way around the country!

Abbas Wahab (@abbaswahab_) is a prolific comedian and actor. He’s been a staple of the Toronto comedy scene for nearly a decade, a regular on CBC's The Debaters, and just returned from the 2022 Winnipeg Comedy Festival. You may have seen his numerous TV appearances including Star Trek: Strange New Worlds, Amazon Prime’s The Boys, CTV’s Children Ruin Everything, and The Handmaid's Tale. Abbas is also the creator and host of The Immigrant Section Podcast, a weekly comedy show showcasing Toronto’s rising ethnic talents. He has garnered a loyal online following of over 25k users on Instagram and 150k on TikTok, with his focus on story-telling and highlighting the immigrant experience.

Moe Ismail (@moemoeismail) is a Toronto-based prolific performer and producer who has been touring across North America for over a decade. His comedic style has often been described by his loyal following as energetic, diverse, and most importantly, authentic. His material draws from his experiences as an Egyptian immigrant growing up in Canada, and becoming a school teacher. He has been featured on Just for Laughs, SiriusXM, MTV, and has shared the stage with Marc Maron, Colin Mochrie, Todd Glass, and The Sklar Brothers. You can check out his most recent comedy album 'Homeroom Habibi' available on Spotify, iTunes, and all other streaming platforms.

Jesse Singh (@thepunjabitimbit) realized from a very young age he can utilize humour as his way of getting through life and found stand-up comedy. His ‘unbelievable but very true’ personal experiences, and realness on stage, makes him not only hilarious but also very relatable. Not only has he performed in several cities across New York and Canada - He’s been featured on JFL42, was a Semi-finalist in NYC’s 2019 Devil Cup Comedy festival AND produced two long-running independent comedy shows in the GTA. 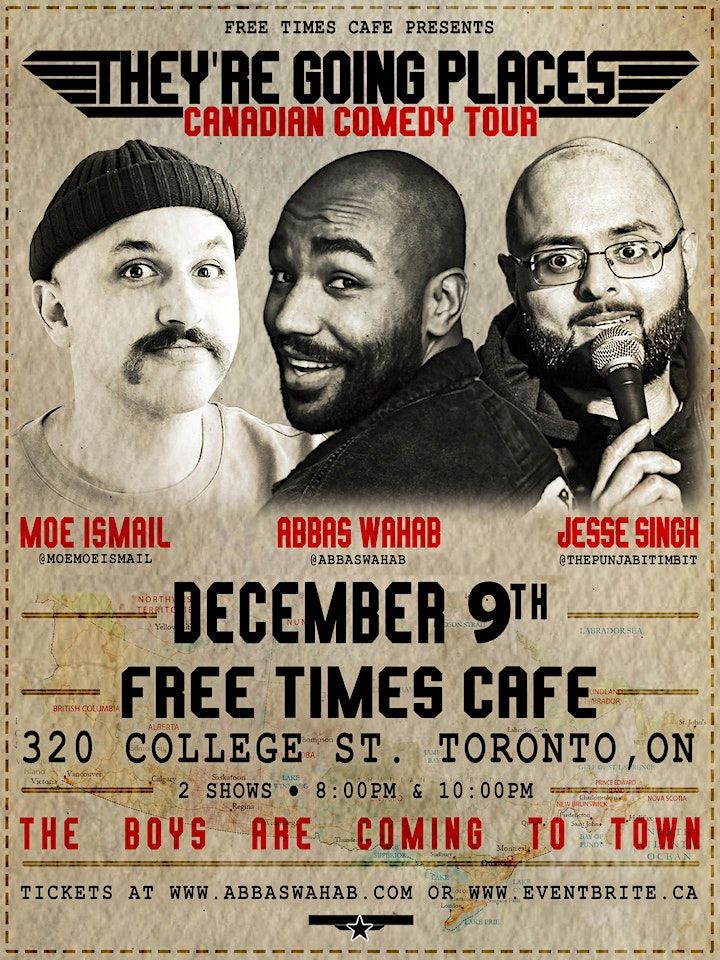