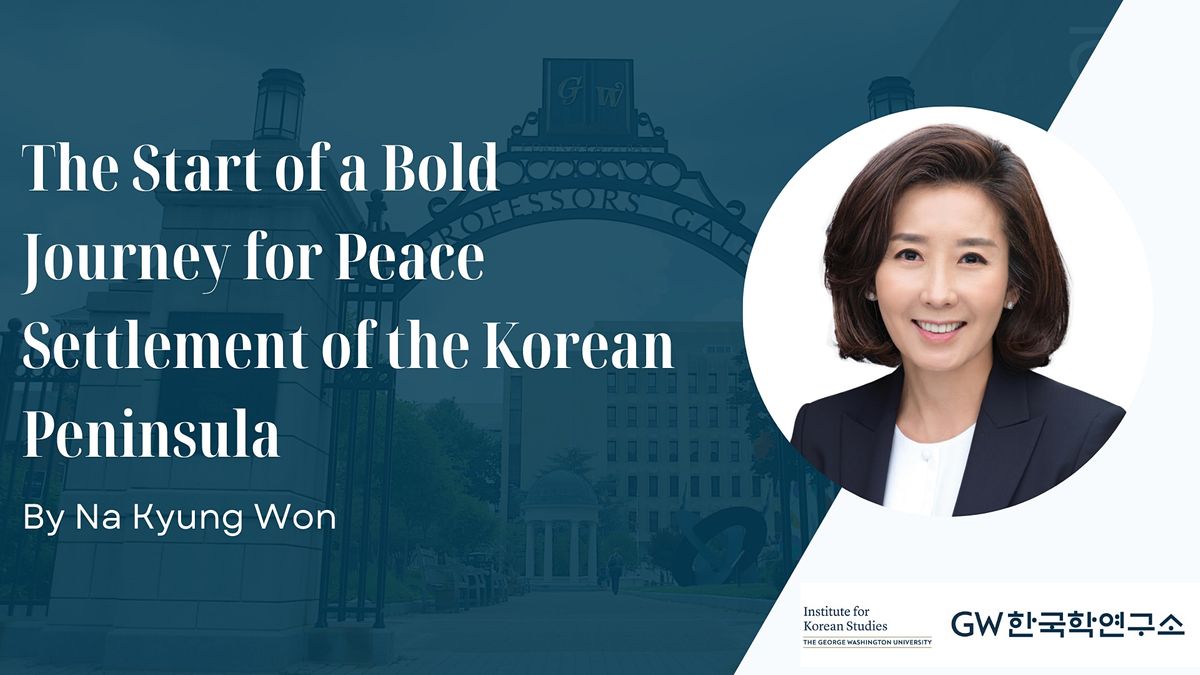 Advertisement
GWIKS is proud to invite Na Kyung Won to present her talk on "The Start of a Bold Journey for Peace Settlement of the Korean Peninsula".
About this Event

In his speech at the U.N. General Assembly last month, South Korean President Moon Jae-in repeated a call for the end-of-war declaration on the Korean Peninsula. Under what conditions can an end-of-war declaration contribute to a peace settlement of the Korean peninsula? This lecture will discuss the conditions for a bold journey to a genuine peace settlement of the Korean peninsula under the Biden administration and how to relate those conditions to the international order in Northeast Asia and Asia as a whole. In addition, the honorable speaker will discuss the role of female leadership in South Korea on the issue of foreign affairs.

**THIS IS A HYBRID EVENT. There will be FORTY (40) first come, first serve in-person tickets for attendance at the George Washington University's Elliott School for International Affairs. IN-PERSON TICKETS ARE RESERVED FOR GW STUDENTS, FACULTY, AND STAFF. For outside affiliations, there will be tickets available to attend virtually via Zoom.**

**An interpretation service will be provided during the Q&A portion.** 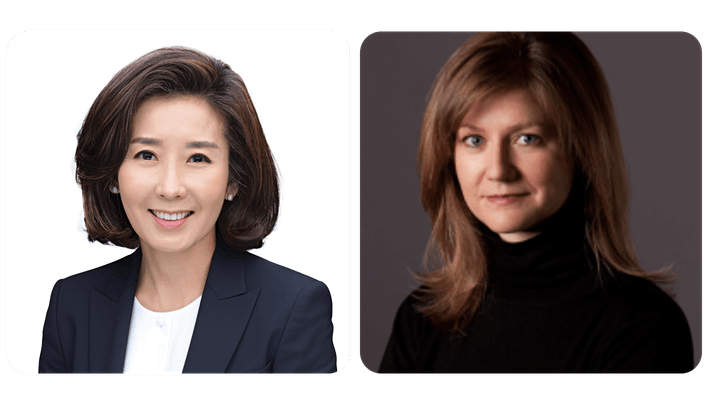 The Honorable Na Kyung Won (Left) was a 4-term Member of the National Assembly of the Republic of Korea. She served as a Member of the National Assembly from 2004 to 2011 (17th, 18th) and from 2014 to 2020 (19th, 20th). Hon. Na Kyung Won has shattered numerous glass ceilings throughout her political career. She was the only female to head the congressional leadership of a major conservative party. As the Floor Leader of the main opposition Liberty Korea Party from 2018 to 2019, she played a crucial role in shaping the political environment. In addition, as the head of the Korea Women Parliamentarian Network (KWPN, a voluntary alliance of current and former female members of the National Assembly) from 2015 to 2020, she developed numerous programs with the aim to provide ample opportunities to upcoming female politicians. Currently, she serves as a senior advisor of KWPN. She was also the first female Chairperson of the Foreign Affairs and Unification Committee of the National Assembly. As the Chairperson, she persuaded fellow legislators to pass the landmark North Korean Human Rights Act in 2016. As the Vice Chairperson of the Korea U.S. Inter-Parliamentary Council and the Vice Chairperson of the Korea-Japan Parliamentarians’ Union, she strengthened the ROK-U.S.-Japan trilateral cooperation. At the forefront of the conservative movement, she was the spokesperson and a member of the Supreme Council of the then-ruling Grand National Party (predecessor of the United Future Party). She was the ruling party’s nominee for the 2011 Seoul mayoral election. Furthermore, she was voted as the most respected politician by the millennial generation in 2016. Hon. Na Kyung Won has always been active in promoting the rights of disabled people. She was a Member of the Board of Directors of Special Olympics International, and a former Governing Board Member of the International Paralympic Committee. Also, as the Chair of the Organizing Committee, she led the successful and profitable 2013 Special Olympics World Winter Games in Pyeongchang. Hon. Na Kyung Won received her LL.B. (1986) and LL.M. (1989) from Seoul National University. After passing the National Judicial Examination in 1992, she served as a Judge in various courts.

Alyssa Ayres (Right) is Dean of the Elliott School of International Affairs at George Washington University. Ayres is a foreign policy practitioner and award-winning author with senior experience in the government, nonprofit, and private sectors. From 2013 to 2021, she was senior fellow for India, Pakistan, and South Asia at the Council on Foreign Relations (CFR), where she remains an adjunct senior fellow. Her work focuses primarily on India’s role in the world and on U.S. relations with South Asia in the larger Indo-Pacific. Her book about India’s rise on the world stage, , was published in 2018. Ayres is also interested in the emergence of subnational engagement in foreign policy, particularly the growth of international city networks, and her current book project (working title, Bright Lights, Biggest Cities: The Urban Challenge to India’s Future, under contract with Oxford University Press) examines India’s urban transformation and its international implications. From 2010 to 2013, Ayres served as Deputy Assistant Secretary of State for South Asia. She received an AB from Harvard College and an MA and PhD from the University of Chicago.

This event is on the record and open to the public. Your photo or video may be taken during the event for education or promotional purposes. Your visit grants permission for our use of these photos and videos.

The Elliott School can coordinate with the university to reasonably accommodate most disabilities. If you need specific accommodations, please contact GWIKS at [email protected] Requests should be made as soon as possible, but at least three business days prior to the event to ensure full accommodations: Disability Support Services | Motherhood rooms | Gender Inclusive Bathrooms.