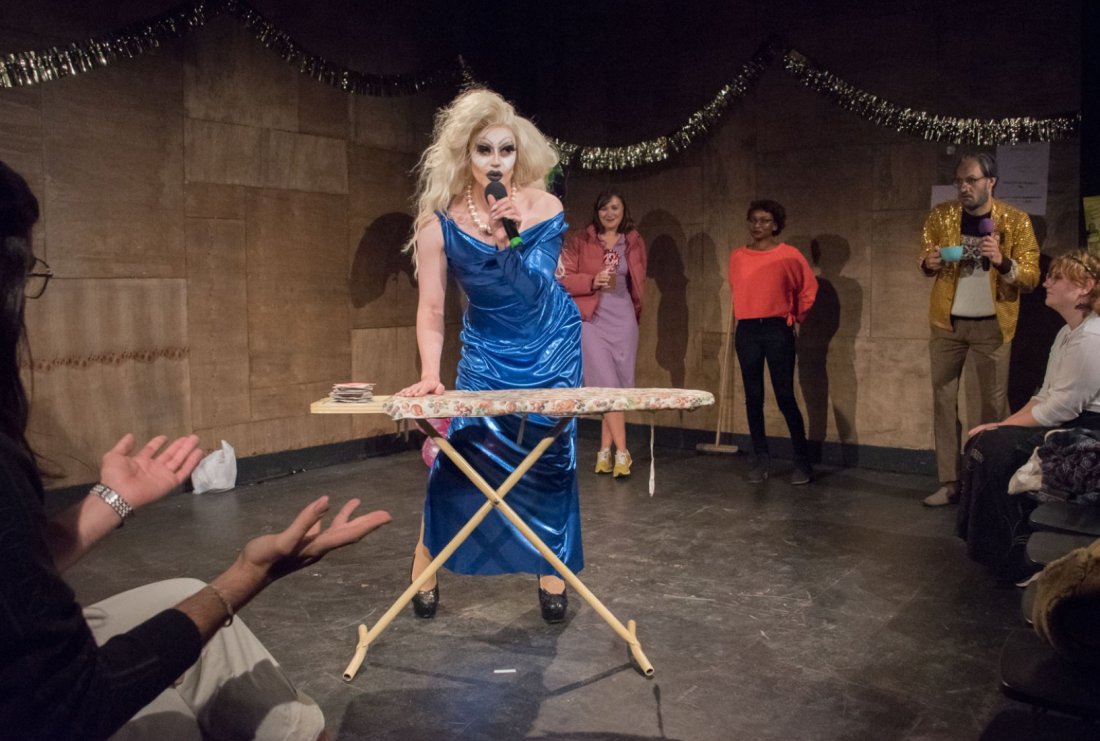 The drag show within a drag show: Halloween Spooktacular!

Hapless 81-year-old Paul Marsden has been running this northern working men’s club since the 1970’s. The place had started to fray at the edges until Paul’s son got into the family business — transforming himself into drag queen Roxytocin — giving the nicotine-stained club a fresh coat of lip gloss.

Paul and Roxy will be serving you a warm buffet of acts from near and far there’ll be drag comedy dance cabaret and music with an extra helping of father-son drama. Will Paul be able to get with the times? Will Roxy learn to respect her elders? Watch the family drama unfold from false eyelashes to flat-caps from tinsel to tombola. Both extravaganza and proper good.

Join The Shade Pullers & Lash Stackers Social Club for a cultural mingling of boomers and zoomers.