The Pocket at 7DrumCity | Washington 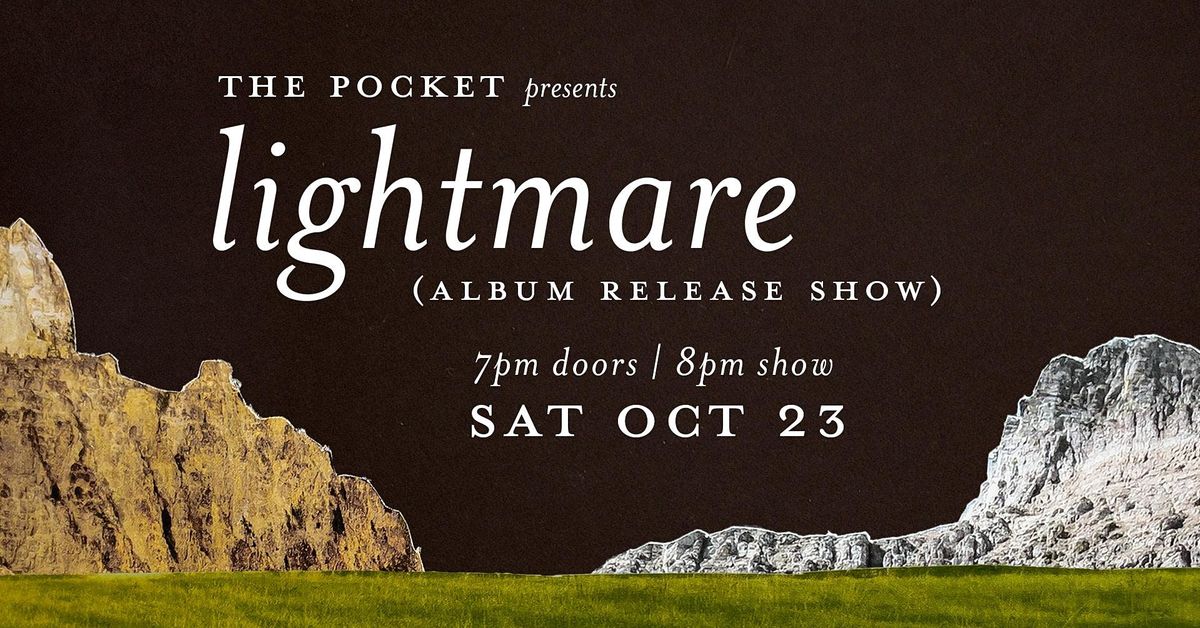 Lightmare is a six-person soulpunk arrangement out of Washington, D.C. making songs about love, death, and revolution, overlapping and in any order. Smooth and sharp, warm and galvanizing, punchy, political and personal. Their set is guaranteed to get your body moving and your feelings flowing.

Vocalist and lyricist Shady Rose (they/them) is a model, musician, writer, and educator native to Washington DC. Co-Director of Girls Rock! DC and Co-Founder of CodAko Entertainment. They were classically trained as a vocalist during their youth. During college they studied theater production and acting, further developing their creative skills. Now they produce and perform in a variety of live art in DC. Their lyrics are inspired by mystic poetry, oral storytelling traditions, and their own dreams and journals.

Keyboard player Vitamin Dee was a classically trained pianist in her youth. As an adult, Dee performed bass and vocals with temporary groups through Girls Rock! DC’s “We Rock” adult music education program. Prior to joining Lightmare, Dee was the bassist for Patsy Decline, a brief-but-legendary Patsy Cline pop-punk cover band. Dee is also a long-time volunteer with Girls Rock! DC and a former member of its leadership team.

Saxophone player Matt Kirkland is a Richmond native who has been living in DC for the past 8 years. Classically trained and playing various instruments since the age of 11, Kirkland performed with various Richmond community bands, Richmond Honor band, Roanoke College Band, and ska-metal group Undertow before moving to DC. Kirkland is also an activist for a variety of progressive causes.

Mike Beckage’s thoughtful chord progressions and licks lay the foundation for Lightmare’s songwriting. He is a self-taught guitarist that draws from influences in rock, blues, funk, jazz and psychedelia. Outside of Lightmare, Beckage is a political organizer and activist.

Bassist Frankie Amitrano is originally from Lodi, NJ and has played in plenty of bands in New Jersey and New York City. Since moving to Washington, D.C., Frankie has jammed with several talented musicians and gotten deeply involved in the local music scene. As the organizer of Girls Rock! DC’s in-school program Girls Rock! After School Program (GRASP), Frankie has made great strides in bringing the joy, purpose, and discipline of music to the youth of DC.

Drummer Yousef Karim is a long time percussion enthusiast that has been influenced by his eastern heritage and western upbringing. In his playing he aims to push the boundaries of rhythmic style and voicings and broaden the scope of the traditional rock and pop format. Yousef minored in Music as an undergraduate at Virginia Commonwealth University and has continued to remain musically active both publicly and privately.