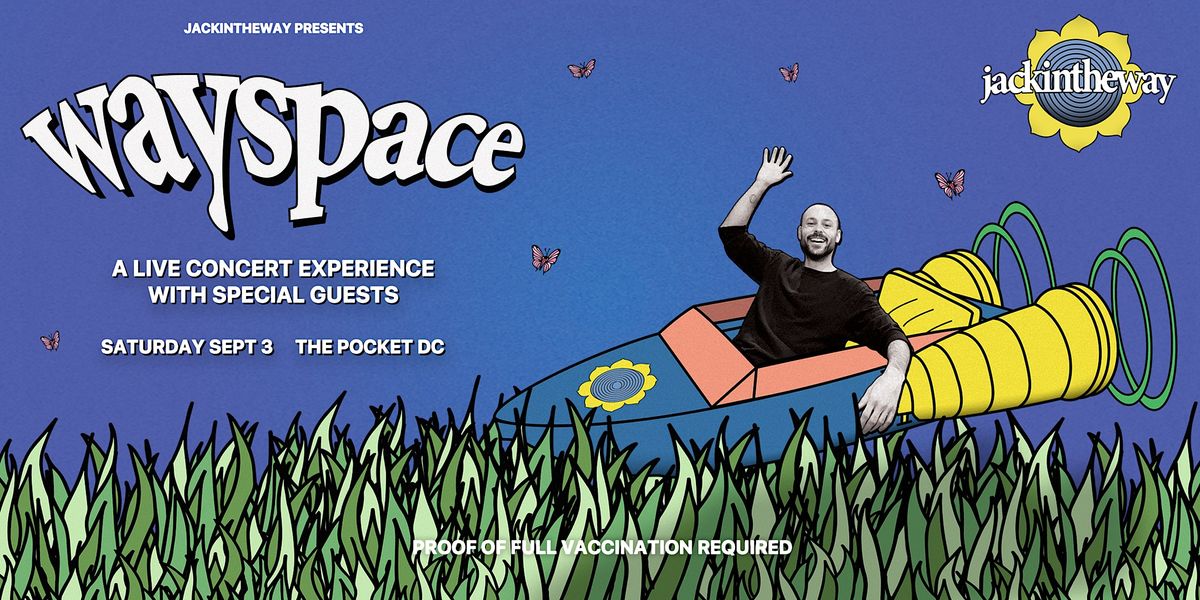 Advertisement
The Pocket Presents: Jackintheway & Friends
About this Event

Jack is a music maker and digital creator learning to swim with the flow of the river. After countless performances and achievements under the name “Jahn Rome,” he retired that role to embrace a more free spirited approach to his creativity as Jackintheway. These days, you can find Jack hosting podcasts, releasing music, freelance consulting, and contributing to Songcamp, an online community of musicians in Web3. You can look out for Jack’s album “WAYSPACE” coming soon.

Fabrizio is an Italian-American, Maryland based producer/singer-songwriter. He has performed alongside Jackintheway and as a solo artist at some of the most iconic venues in Washington, D.C. including Songbyrd Music House and The Anthem, where he and Jack supported Wu-Tang Clan for their 25th Anniversary concert.

Shock of the new. Self-produced, iridescent pop music to invite you home to your wild side. Side effects may include: glitter in you ears, bursts of emotion, and an urge to dust off your inner artist. For the latest text 330-222-8685.

Iara is fueled by love, healing, and transformation. Taking a deep dark trek through the tundras of the ego, iara is in the throws of developing her first album and first feature film about her battle turned love story with mental-ish.

KXNG RXME (pronounced King Rome) is a producer/recording artists from Washington, DC who is passionate about empowering leadership, entrepreneurship, and freedom. He welcomes you to the journey together on this odyssey called life. As much as he dreams of inspiring you, he is also inspired by you too. His motto: Music for the Dreamers Making Your Purpose My Purpose.