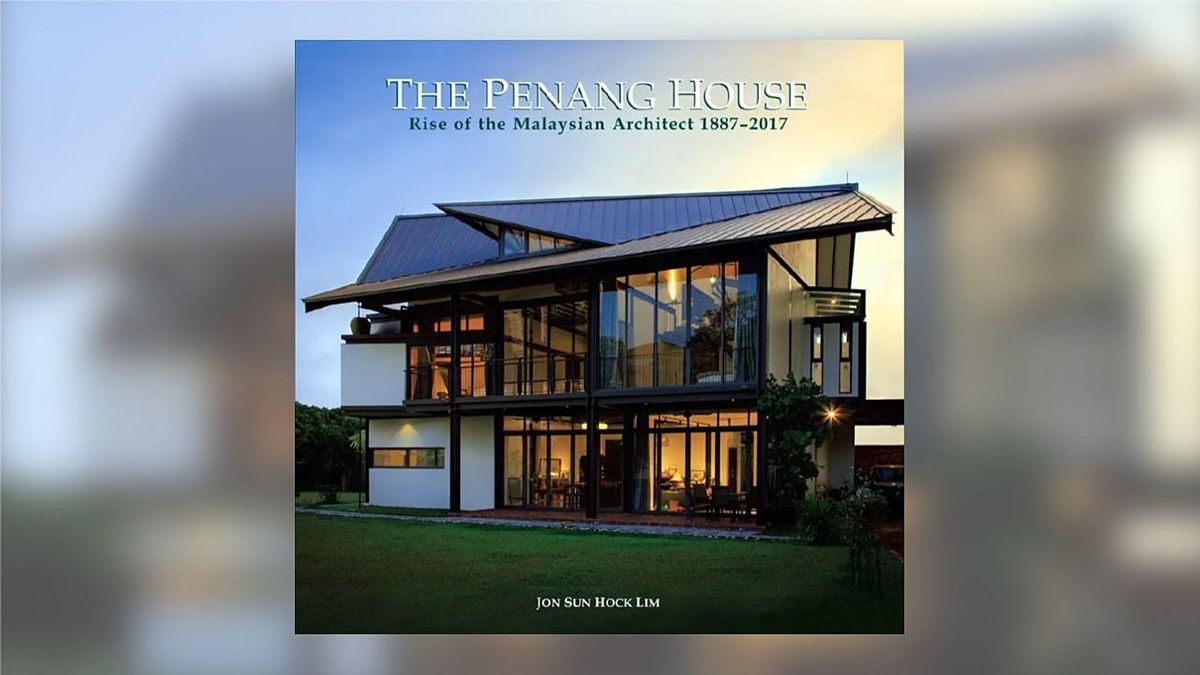 Advertisement
Book launch of The Penang House: Rise of the Malaysian Architect 1887 – 2017
About this Event

Penang, established in1786, was the forerunner of urban development in the Malayan archipelago but was outstripped by Singapore, founded 33 years later, in 1819. Underpinning this narrative is Singapore which inscribed a modern urban prototype through the ordinances of the “Shophouse Rafflesia” since 1822, coupled with mass production of the townscape, urban infrastructure, advanced building industry and technology.

Jon Sun Hock Lim lectured in the National University of Singapore’s School of Architecture between 1972 and 2002. Lim’s primary research interest is the architects of Singapore and Penang dating back to 1786 and is respected as an eminent scholar on the Straits Settlement’s colonial architecture history. Among his numerous publications are ‘The Shophouse Rafflesia: A diffusion of a Malayan prototype in Southeast Asia’ (1992), and ‘Architecture of Southeast Asia’, published in the centennial edition of Sir Banister Fletcher's A History of Architecture (1996). Lim also conducted a furniture audit in the former Supreme Court Singapore in 2008 prior to the adaptive reuse of the building into the National Gallery Singapore.

This event is co-organised by the Urban Redevelopment Authority and ICOMOS Singapore, and supported by Entrepot Publishing.

*This talk has been accredited 2 points under the Board of Architects (BOA)/Singapore Institute of Architects (SIA) Continuing Professional Development (CPD) Programme. Architects are to sign in and sign out at the start and the end of the session.