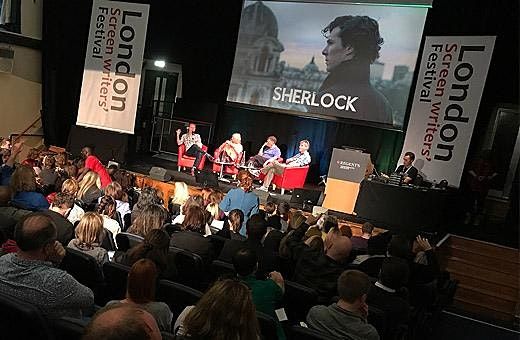 In 2021, the LSF will be held at Regent's University London, in Regent's Park, from the17th - 19th April. Directions to the venue .

For the three days, over 1,000 screenwriters, filmmakers, producers, practitioners, actors and executives congregate to share ideas, build powerful relationships, hear pitches and get a creative shot in the arm.

Most delegates report massive breakthroughs in their understanding of the business and craft, as well as huge acceleration toward their career goals. However, perhaps the most vital part of the festival is the inspiration and sense of belonging you will experience when you attend. Year on year, delegates report that the community at the festival is one of the main reasons they return.

During the three days of the festival there are around 130 structured seminars, classes and workshops.

There are five separate strands so that at any one moment, you can choose from up to five different sessions.

You do not need to book a place for any of these sessions, they are all on a first come, first seated basis. Occasionally, some sessions are so popular, seating will run out. We will try and give you advance warning about these sessions so you can get there early if you want to attend.

Between sessions there are half hour breaks, with a ninety minute break for lunch. Onsite, there is breakfast, lunch and dinner available, plus drinks, tea and barista coffee. The breaks are a great opportunity to network with delegates and speakers.

In the evenings (Friday and Saturday of the festival) we host networking drinks which most delegates and many speakers attend. It’s a chance to unwind, consolidate old friendships and create new relationships.

Additionally, on the Thursday night before the official opening of the festival, there is a networking party where you can pick up your pass early. Over half the delegates usually attend this Thursday event.

Every year we have around 150  industry professionals who come and speak. In the past we have played host the worlds biggest screenwriters, producers, agents and directors.

These industry experts have included…

Over 1000 industry professionals have now presented at the LSF including execs and producers from the broadcasters, Hollywood studios, UK productions (large and small and everything in between).

Alongside the industry professionals, world class screenwriting tutors and practioners from the UK and Hollywood also attend, providing what are often the most widely attended sessions of the festival. They have included…

During the festival there are also separate events that are included as part of your ticket. You must apply for each of these events ahead of the festival and the process for appliaction differs slightly for each.

Most popular of these additional initiatives is the Great British Pitchfest where you get the chance to pitch your projects to execs, producers, agents and filmmakers. Each delegate gets ONE ninety minute slot for the Pitchfest and the booking system goes live a week before the festival.

These slots go fast so make sure you are available to book yours (we will email you about this closer to the time).

During your ninety minute slot you can pitch as many execs as you can get to – there is a queuing system and the most popular execs will have the longest queues.

Thinking strategically could get you up to eight pitches with little or no waiting in line, or as few as three if you are late, don’t plan and make poor choices. Success in the pitching will be entirely up to your preparedness, and of course a killer idea.

You can read more about the PitchFest, here.

The objective of the Labs is to assist writers who have a fully developed screenplay in a specific genre, to move their work to the next level.

There are five three hour Labs at the festival, covering a variety of disciplines and topics. Within each Lab there is space for up to six writers. Each year the labs are different.

Past Labs have included ‘Writing For Disney with Finding Nemo writer Dave Reynolds, Writing The Hollywood Thriller with Basic Instinct writer Joe Eszterhas and Writing For Channel Four with former Channel Four Commissioner Gub Neal. Submissions open in July 2018 and we encourage the writers and expert leading each Lab, to connect and begin work before and after the festival. More here.

The actors table read is an opportunity for you to get your screenplay worked on by professional actors and a director. This has proven to be our most successful initiative to date with 99.8% positive feedback from the 200 people involved last year.  Previous Actors Table Read delegates have been fortunate enough to have their scripts workshopped and directed by the likes of Hollywood heavy hitters Joel Schumacher (The Lost Boys, Falling Down) and Peter Iliff (Point Break, Patriot Games).

If you submit a script to the process and you are selected, you will attend a one hour session where you, the director and the actors will work on one sequence (between 3 and five pages) of your script.More here, including a short behind the scenes video.

You can see the actors and directors who will work on your scripts, here.

After each session, speakers are invited to meet delegates in round table sessions that we call ‘Script Chats’.

These informal and intimate chats can often run for an hour or more. It’s our way of giving direct access to specific experts so that if you want to, you can take the conversation to the next level. We have found that even the biggest names are happy to spend time coaching and sharing in Script Chats. More here.

Submit a two page outline and the first ten pages of your script and we will offer expert feedback in a fifty minute one on one session.

We also operate a drop in desk over the three days of the festival. So if you want to just rock up with your script, get some feedback or ask for career advice, head over to the Script Surgery and book yourself a slot in one of the drop in sessions. More here.

You can read up about the team of script doctors,

Do you have legal issues you need a lawyer to help you with? All delegates at the festival have the option to apply for the legal clinic that is run by Blue Pencil Media.

You can ask any question you like and their legal team will do their best to answer your concerns.  More here.

Get a full half hour with seasoned film producers, distributors and executives.

Have your project grilled by a team of heavyweights. Meet The Experts is not for the feint hearted and you can be certain of a very tough conversation. Think Dragons Den but for writers concepts and projects.  More here.

Read the script, watch the film or TV show, then meet the writers, filmmakers, producers at the festival. This is a rare opportunity to get access to the script that was taken to set, then follow it through the journey of production, examining changes which can be discussed during the session at the festival.

In the past we have run ones we ran with Jeb Stuart and 'Die Hard', Jim Uhls and 'Fight Club', Peter Iliff and 'Point Break', Joe Eazterhas and ‘Basic Instinct’, Ted Tally and ‘Silence Of The Lambs’, Dave Reynolds and ‘Finding Nemo’ and Carl Gottlieb with ‘Jaws’.

During the festival and within the main sessions there will be many ‘interactive’ workshops too, where you may be invited to submit a script for editing, or to read a script in preparation for a special ‘script to screen’ session, such as the one with Joe Eszterhas and 'Basic Instinct' that we ran in 2013 or 'Silence Of The Lambs' with Ted Tally in 2015.

In the three days running up to the festival (Tuesday, Wednesday and Thursday) we run a series of one day masterclasses.

We have designed these to be as useful as possible for delegates, especially those traveling from great distances. They are competitively priced at £48.50 per day (for LSF delegates). You can get more information on Festival Week, here

Don't take out word for it... Here's What Our Speakers and Execs say

LSF has done a wonderful at job fostering a tight-knit global community of screenwriters. Truly a memorable and worthwhile experience.Nicole Perlman, 'Guardians of the Galaxy'

A phenomenal blast… an unpretentious all-for-one and one-for-all camaraderie where a stimulating exchange of ideas is organic. I hope I’m invited again!Joel Schumacher, Hollywood Legend

A huge wave of inspiration and  positivity and friendship bubbles up – it’s quite palpable and vivid and a very lovely contagion.Barbara Machin, creator ‘Waking The Dead’

The Festival generates enough creative energy to light up Regent’s Park. If you’re serious about writing, do yourself a favour and get involved in this fantastic event.Ted Tally ‘Silence Of The Lambs’

BlueCat’s experience with sponsoring LSF was a walk in the park. We received great exposure at the event and our brand was greatly enhanced by our association with such a top flight organization.Gordy Hoffman, CEO Bluecat

We are always on the look out for inspiring stories and new collaborators at the PitchFestJade Alexander, Devilishly Handsome Productions

I really enjoyed the PitchFest and meeting writers face to faceRebecca Long, Financier and Producer

The LSF is one of the best festivals that I have ever attended. There was great talent there… and I hope to find a client or so!!Brandy Rivers, Gersh Agency, Hollywood

The festival was an absolute triumph – top flight and brimming with inspiration and enthusiasm ….superb!Barbara Machin – BAFTA winning screenwriter

Here's What Our Delegates say

LSF is an espresso hit of craft and creativity… I defy anyone to leave not buzzing and charged upPaul Draper, Screenwriter

You provide an experience that is way beyond the cost of that ticket. I don’t know how on earth you do it but THANK YOU.Lisa McMullin, Screenwriter

We had script requests from Hat Trick and the BBC at the PitchFest. It’s my first LSF and it has more than exceeded our expectations.Gareth Taylor, Screenwriter

What an exceptional three days of inspiration and education with a tribe of dreamers and believers.Mark Hampton, Screenwriter

My head is still spinning after an AMAZING weekend at the LondonSWF. The LSF team truly know how to put on a great gig! Have already signed up for next year!Sally Eastland, Screenwriter

I came to LSF last year on a whim and left with an agent and having formed a writers group through a script lab.Lisa McMullin, Screenwriter

I’ve run a Production Company for 6 years, done the fest circuit and it’s safe to say LSF was the most electric, stimulating and family like experience yet.Gary Verby, Screenwriter

I got so fired up and enthused all I wanted to do was go away and write.Lorren Boniface, Screenwriter 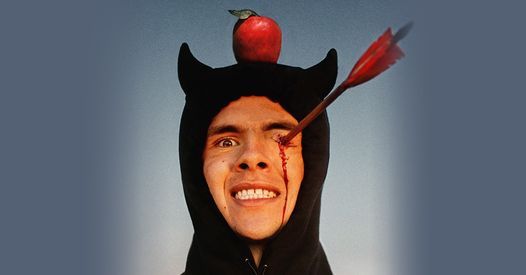 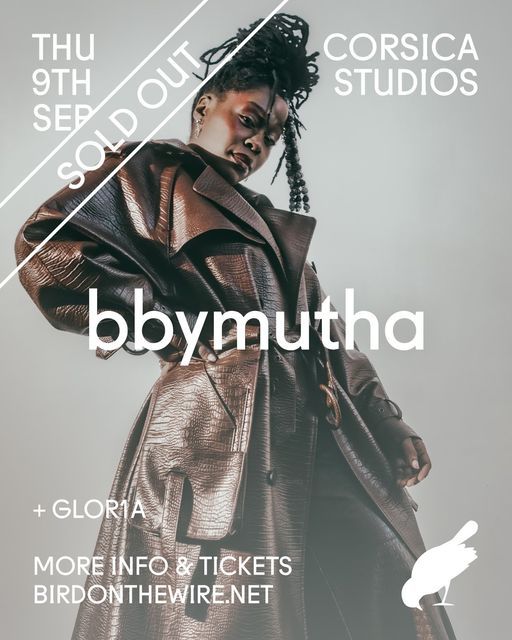 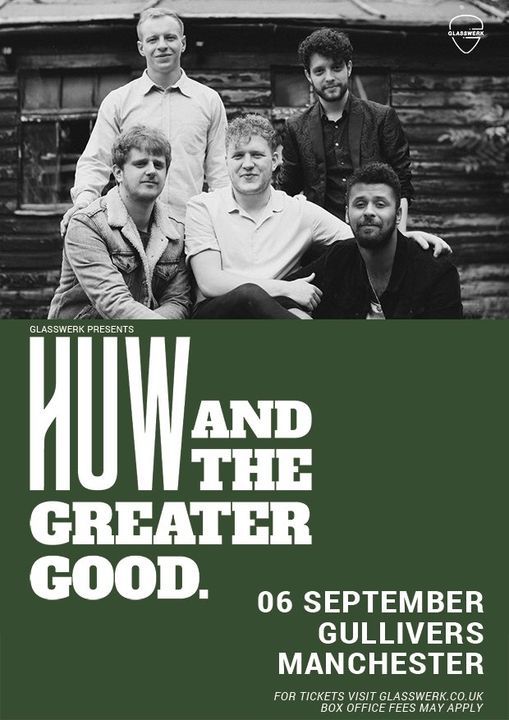 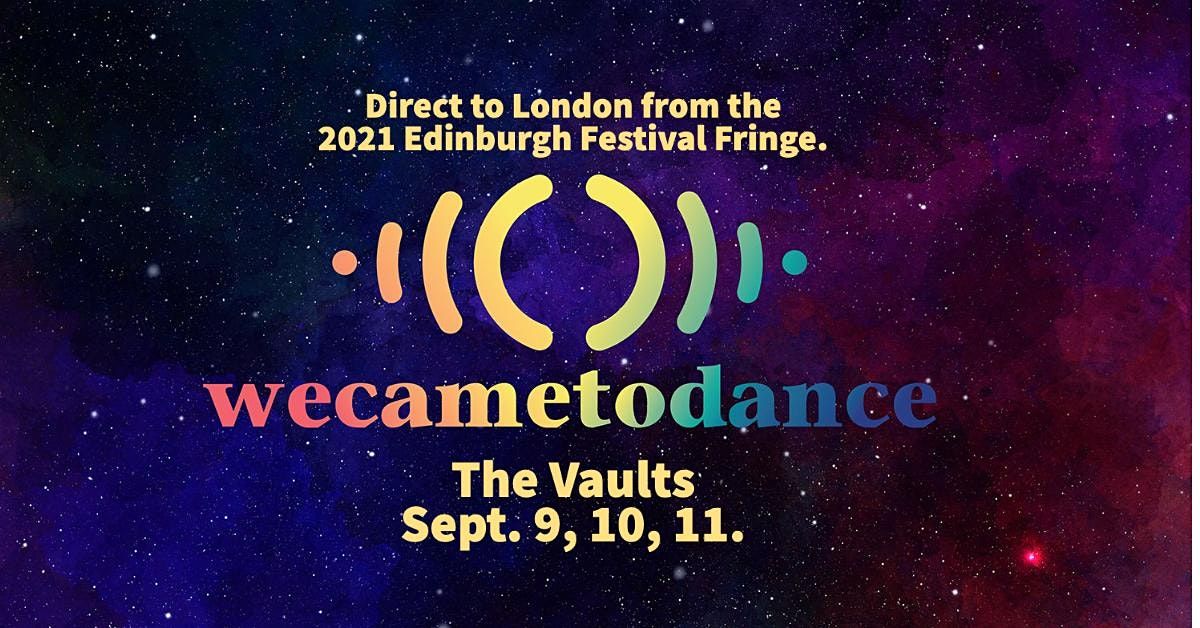 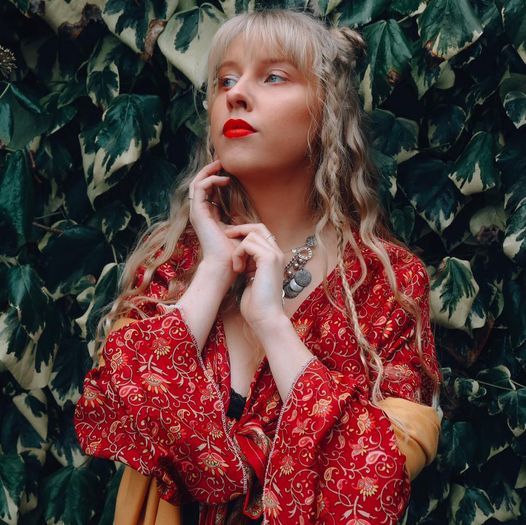 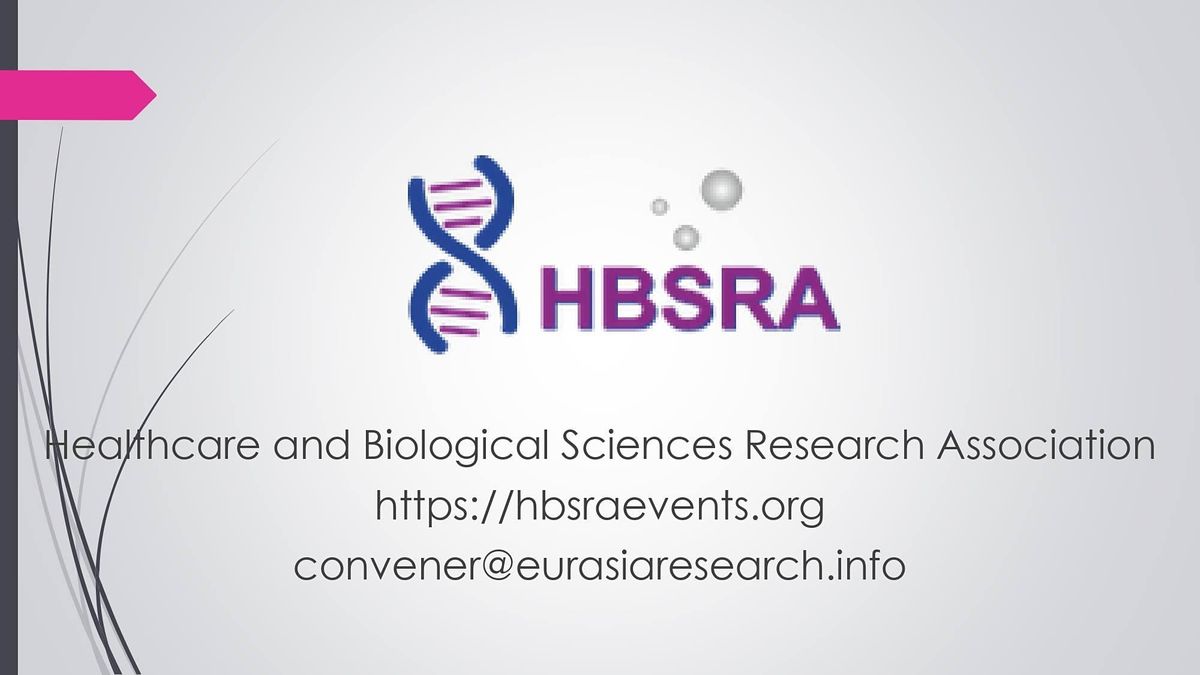 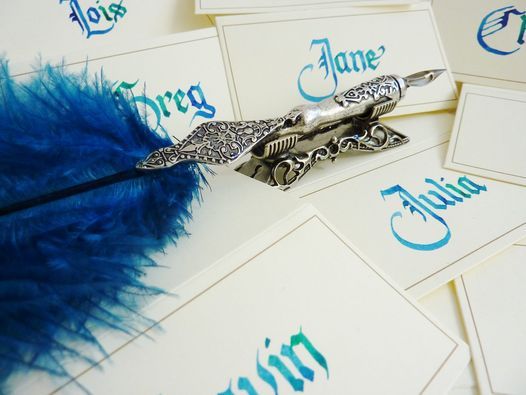 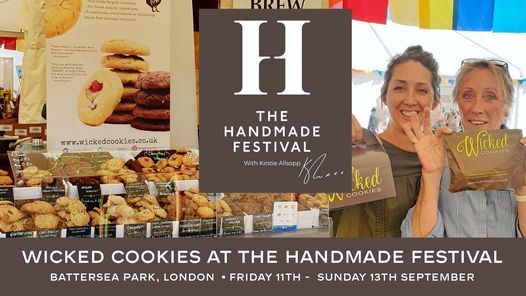 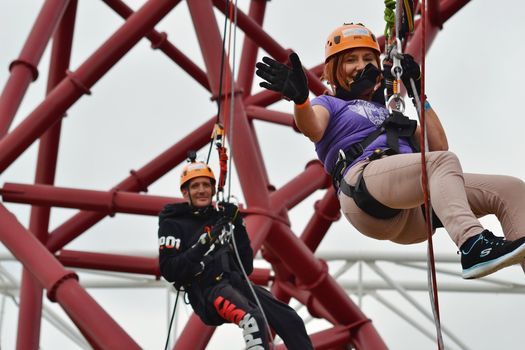 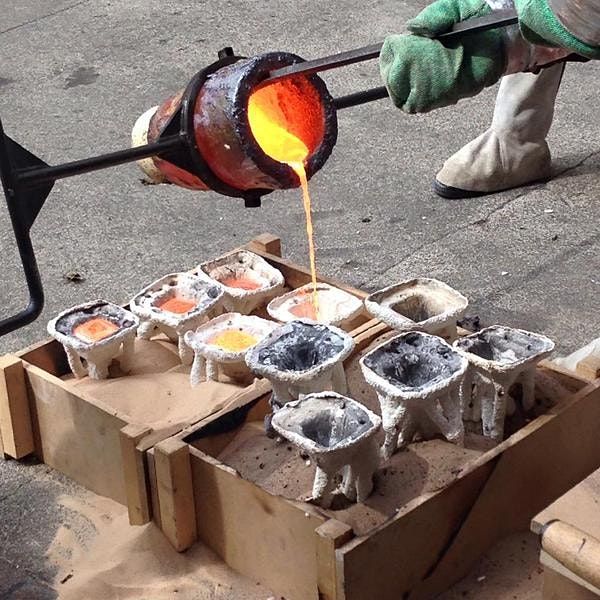 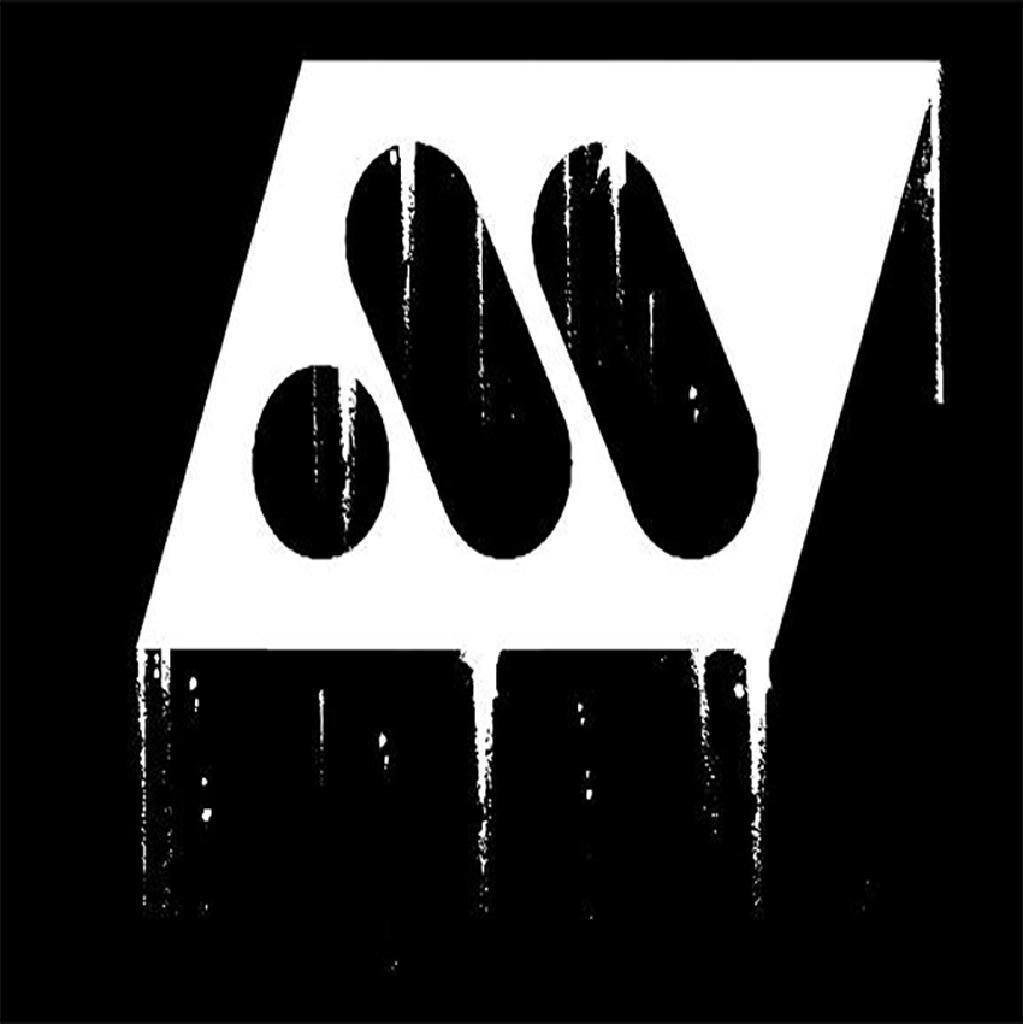