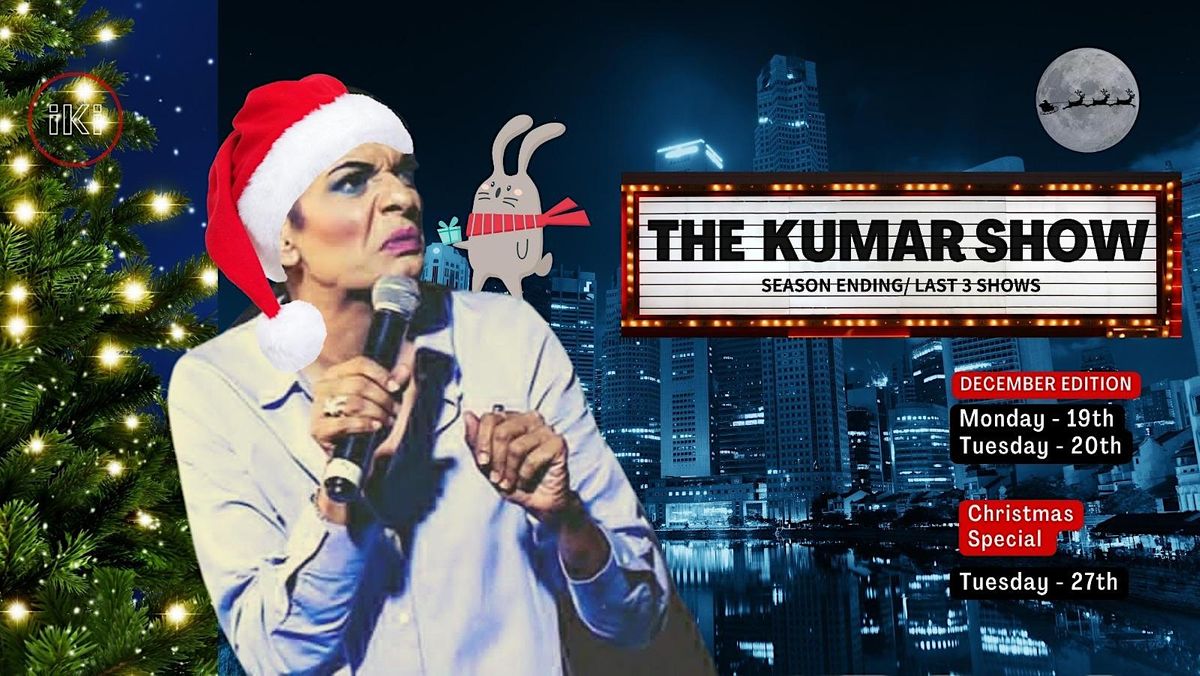 Advertisement
The KUMAR Show. - Stand Up Comedy
About this Event

Get Up Close and Personal with Singapore's #1 DRAG QUEEN OF COMEDY, KUMAR.

Kumar is undoubtedly one of the country's leading comic and drag queen who's been making a name for himself since the early nineties. Believe it or not, he's spent 20 years in the entertainment industry - conquering television, film and the stage - and is primarily known for keeping locals humoured at the now defunct Boom Boom Room.

After several years of cracking relentless jokes, performing lip-synching sets, doing traditional Indian dance, and getting jiggy with hunky go-go boys, we still haven't had enough of Kumar. Besides this local legend's entertainment talents, he is also admired for his bravery to speak up for queer issues and those pertaining to controversial local politics.

Not forgetting his love for poking fun at all things taboo in Singapore, Kumar never fails to humour us with his quirky racial and sexual observations... And the best part is, he always manages to get away with his comments from local authorities. You might disagree with us, but we believe that Kumar will always be a prominent voice for all Singaporeans regardless of race, gender and sexual orientation.

If you're planning to attend the show in a group, purchase all your tickets in one single transaction to be seated together.

If you arrive and see a looOOoong queue, don't fret, you'll be at the exact same place no matter which part of the queue you're in.

If you are unable to reserve a table for dining, we encourage you to take your dinner before arriving as Kumar's show may end later than expected.

All indoor seats are arranged in a theatre setting without tables or stands, and no food or drinks will be served during the show. Drinks can be ordered at the start of the show but do order early as many attendees will be doing the same.

Attendees can book tables for dining before the show. However, do take note that only outdoor tables are available for dining. Tables are highly limited and subject to availability so do reserve early.

No exchanges or refunds on tickets.

Seating arrangements are pre-allocated at random.

No video or audio recording during the show