The Dropper x The Jauntee with Covington Groove 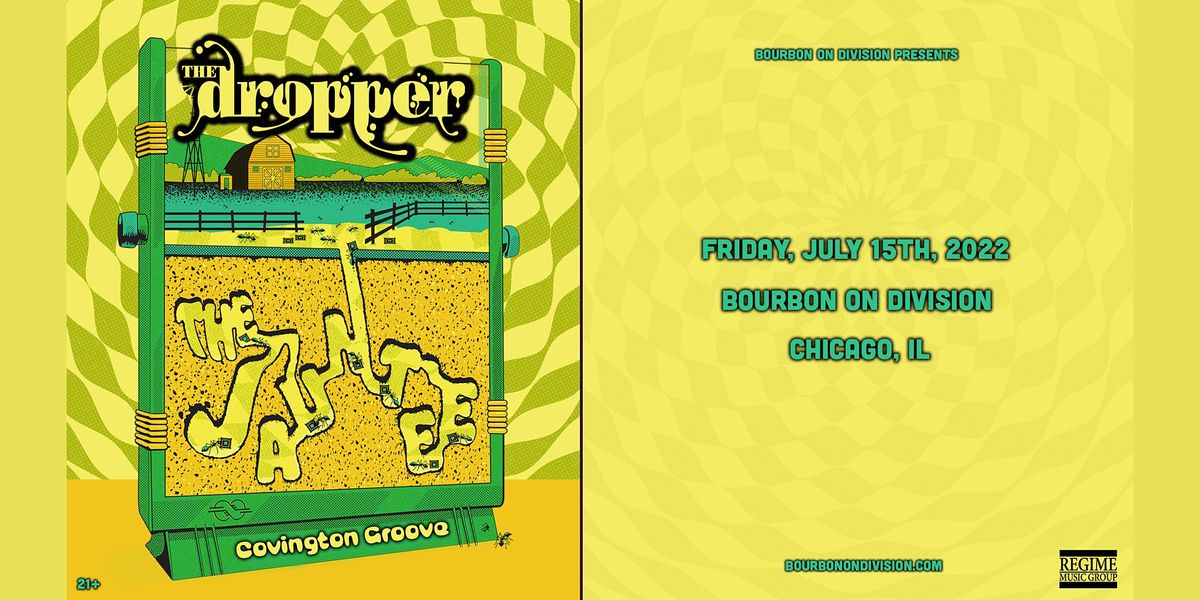 Advertisement
The Dropper and The Jauntee join forces for a night of sweet music on July 15th with special guest Covington Groove at Bourbon on Division!
About this Event

: The Dropper’s debut album, "Blue Burning Sky", ignites the horizon with a delicate dance between the shadow and the light. Soaring melodies, thunderous rhythms and profound lyrics launch the listener into a progressive improvisational flight. The quartet’s fiery pulse guides their audience through the violent storm and into a breaking dawn.

Based in Chicago, the band has performed at many reputable venues across the city and Midwest. After regional success, they made their national festival debut at Summer Camp Music Festival 2016. The Dropper unveils its brand new album and sound this summer. Look to the sky...

: The Jauntee pays tribute to music’s ability to transcend simple entertainment and cultivate a truly distinctive experience. The Jauntee has fostered a musical community based on a breadth of original material that engages fans through nightly exploration and risk taking. Averaging over one hundred shows a year, with each containing a unique set list and their own special improvisational moments, the band is constantly expanding upon what defines them and their live performances.

With almost a decade’s worth of touring experience; appearances at major festivals such as Peach Fest, Catskill Chill, and Resonance; and 36 states toured with stops at national touring staples such as Brooklyn Bowl, Georgia Theatre, and the Paradise Rock Club, The Jauntee have been nurturing a fanbase of dedicated followers who are inspired by their music and willing to travel to see what the band has in store next. Fans that thoroughly analyze their music, track their set lists and passionately promote their music. The Jauntee makes each night an exciting prospect of a new shared experience with bust-outs, fresh jamming, poignant covers, and accessible songwriting.