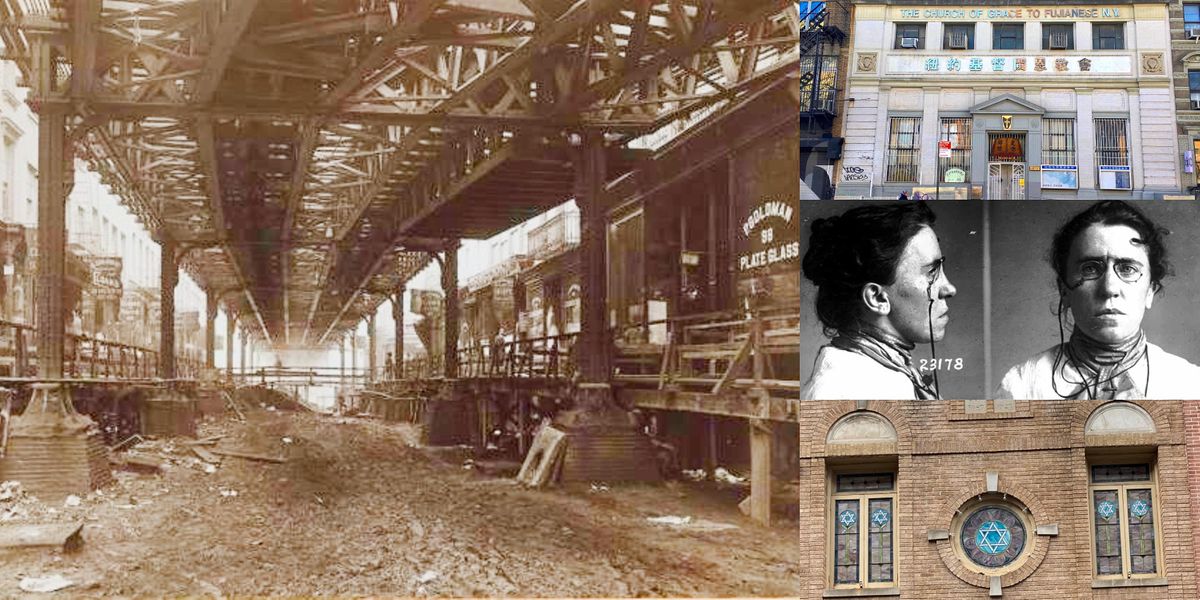 "If a woman hailed you as you walked down Allen Street, you knew she wasn’t calling you to a minyan” — Judge Jonah Goldstein

From the 1890s through the 1990s, Allen Street in New York's Lower East Side was the center of the neighborhood's vices, from its countless ciderstubes (dive bars/brothels) to cholents (Jewish prostitutes). But out of all the streets in the neighborhood, how did Allen Street become the hub for illicit activity? And what eventually became of it? It's time to turn the page in New York City history and uncover the lewd legacy of one of its most infamous red-light districts.

Join New York Adventure Club as we explore the rise, fall, and resurgence of the Lower East Side's red-light district, one of the most notorious thoroughfares in New York City history.

Led by licensed NYC tour guide Robert Brenner, our on-the-ground experience surrounding the Lower East Side's scandalous past will include:

*Please bring a water bottle and comfortable pair of shoes as we’ll be doing a lot of walking!

Robert Brenner is a licensed New York City tour guide, a certified member of the Guides Association of New York City (GANYC), and an almost lifelong New Yorker. He is currently pursuing a MALS in New York Studies at the CUNY Graduate Center. His mother grew up on the Lower East Side in the good/bad old days—she would plotz if she saw this tour.

"One of your best tour guides" -Jerry

"The guide was knowledgeable and really interested in the subject matter." -Thomas