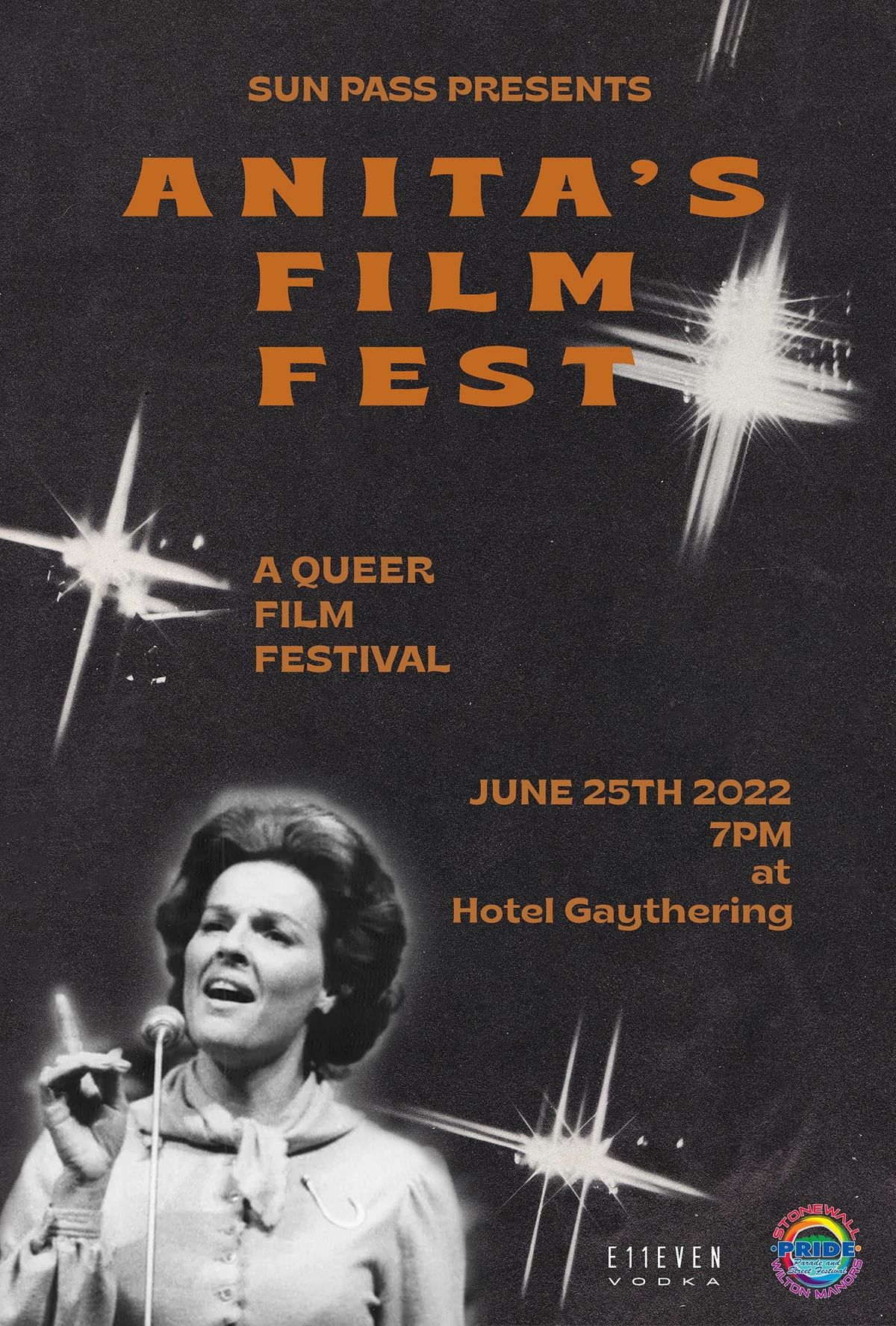 A direct response to Florida's despicable Dont Say Gay Bill, Anita's Film Festival, an Official Event of Stonewall Pride, gives a platform to queer filmmakers, especially those from Florida, to showcase their work in an unapologetic space. Nothing here is too weird or too queer.

Located at the iconic Hotel Gaything on Miami Beach, Anita's Film Festival is holding a one night only screening dedicated to queer voices.

LINE UP TO BE RELEASED SOON!

The first 30 people to check in upon arrival will recieve a free drink ticket.

The screening will be followed by an afterparty at the Gaythering Bar, with an open bar sponsored by E11VEN Vodka. 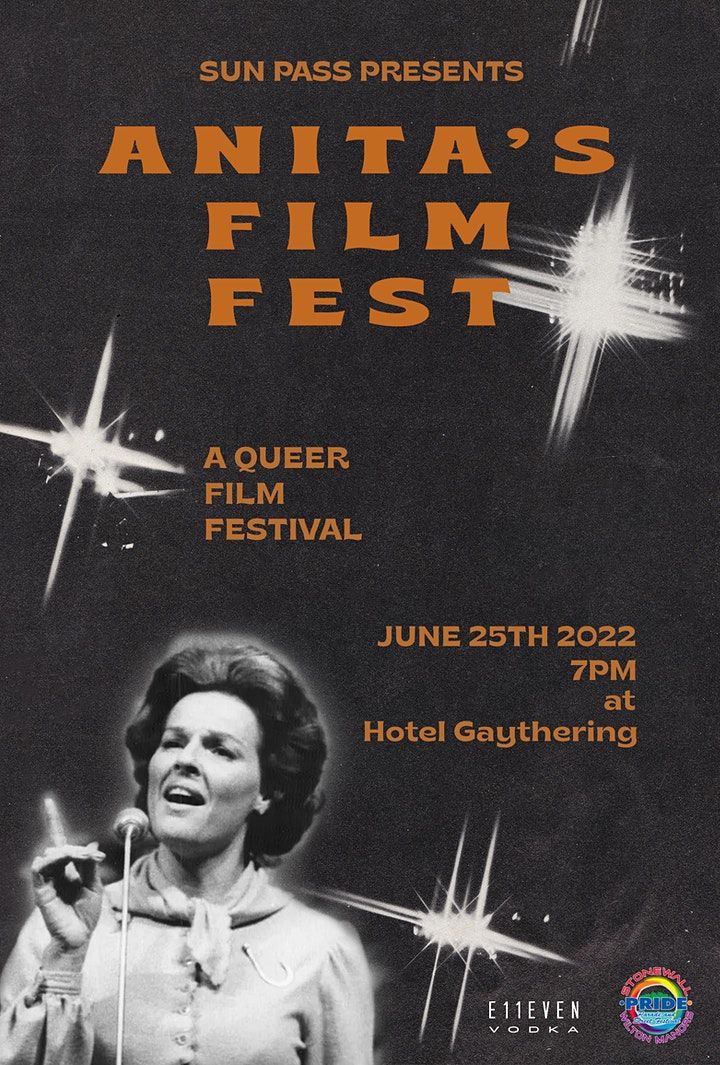