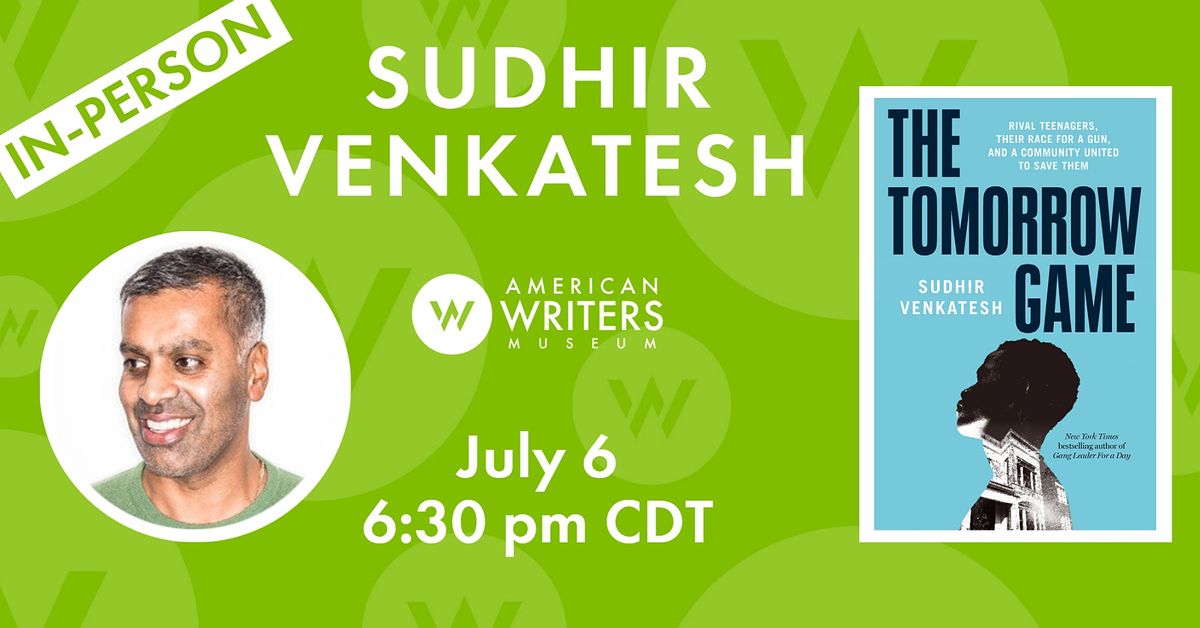 Advertisement
Sudhir Venkatesh discusses his new book "The Tomorrow Game: Rival Teenagers, Their Race for a Gun, and a Community United to Save Them."
About this Event

New York Times bestselling writer Sudhir Venkatesh discusses his new book The Tomorrow Game, a gripping account of a Chicago community coming together to save a group of teens from gun violence. In the tradition of works like Random Family and Behind the Beautiful Forevers, The Tomorrow Game is a deeply reported chronicle of families surviving in a Southside Chicago community. Join us for an evening with Venkatesh, live and in person at the American Writers Museum.

More about The Tomorrow Game:

At the heart of the story are two teenagers: Marshal Mariot, an introverted video gamer and bike rider, and Frankie Paul, who leaves foster care to direct his cousin’s drug business while he’s in Pr*son. Frankie devises a plan to attack Marshall and his friends—it is his best chance to showcase his toughness and win respect for his crew on the streets. Catching wind of the plan, Marshall and his friends decide they must preemptively go after Frankie’s crew to defend their honor. The pressure mounts as both groups of teens race to find a gun and strike first. All the while, the community at large—a cast that includes the teens’ families, black market gun dealers, local pastors, a bodega owner and a veteran beat cop—try their best to defuse the conflict and keep the kids alive.

Based on Venkatesh’s three decades of immersion in Chicago’s Southside, and as propulsive as a novel, The Tomorrow Game is a nuanced, timely look at the toll that poverty and gun violence take on families and their communities. It’s a rare story of nonviolence—of succeeding in stopping a tragic inner-city death, rather than the aftermath when it’s too late. It takes a community to raise a child, and it takes a community to save one from themselves. The Tomorrow Game is a step-by-step sociological study of one case, but it’s a universally relatable story that carries lessons for any city across American wrestling with gun violence and how to keep kids safe. 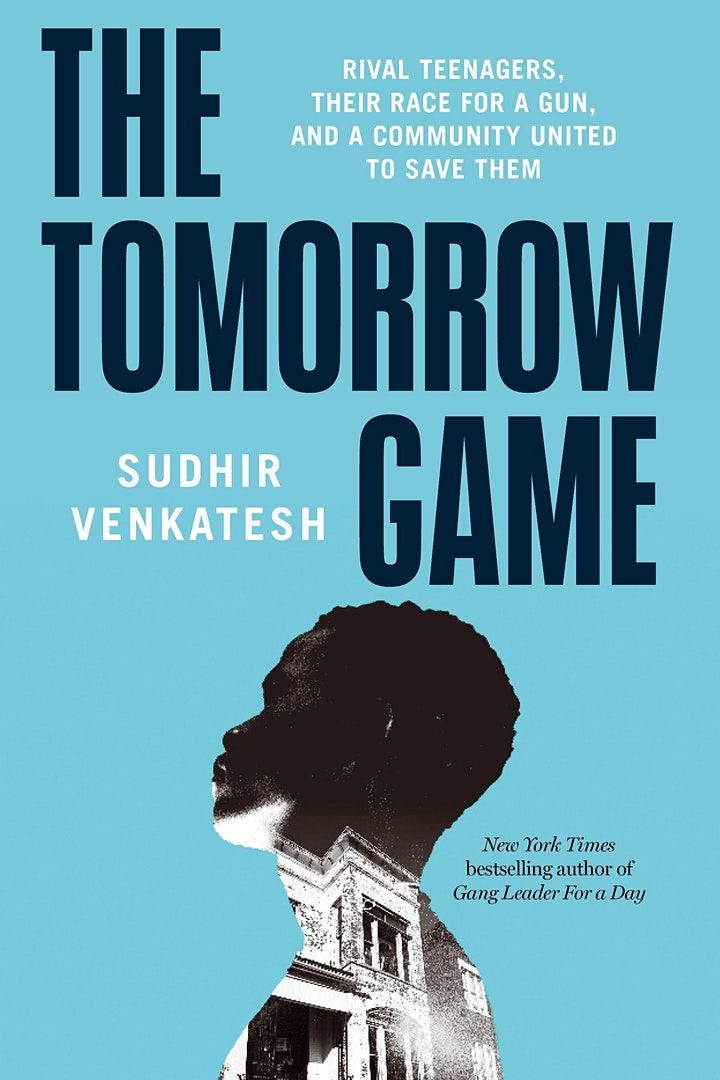 Praise for The Tomorrow Game:

"A street-smart sociologist looks at gang warfare in Chicago as a machine that, once set in motion by various forces, is hard to stop…A good choice for anyone interested in how troubled neighborhoods are policed and conflicts mediated." —Kirkus

"Sudhir Venkatesh's new work is powerful and indispensable. It's nearly impossible to tell true stories about people who live underground and face mortal dangers if exposed, but by letting his subjects speak in their own voices and giving their stories a novelistic treatment, Venkatesh has achieved a breakthrough." —Jill Leovy, author of Ghettoside: A True Story of M**der in America

"What a story! Small but in no way insignificant, and told with some just remarkable reporting that etches out a cast of characters with such nuance and drama that you imagine you know them, and their worries, as they walk by you and into a corner store for a Mountain Dew." —Sam Quinones, journalist and author of The Least of Us: True Tales of America and Hope in the Time of Fentanyl and Meth

SUDHIR VENKATESH is the author of Floating City and Gang Leader for a Day, a New York Times bestseller that received a best book of the year award from The Economist. He has been a Columbia University Professor, a Director of Safety teams at Facebook and Twitter, and a Senior Advisor to the Department of Justice. Venkatesh’s writings have appeared in the New York Times, the Chicago Tribune, and The Washington Post. He lives in New York City.