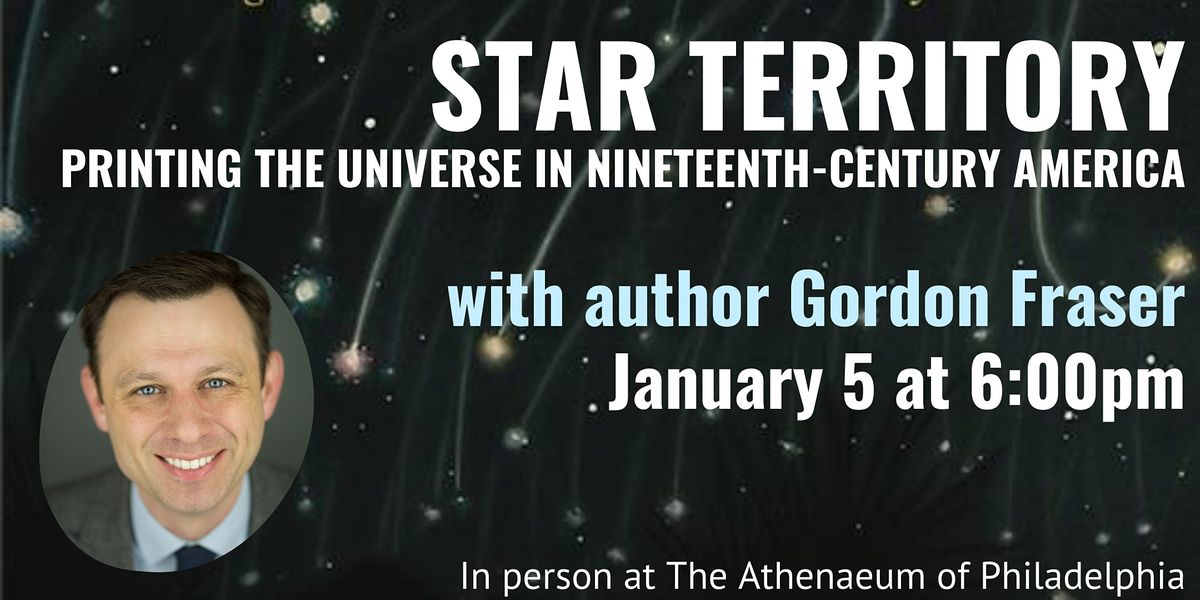 Advertisement
Learn about the real and complex history behind America's attempt to dominate the stars.
About this Event

In Star Territory, Gordon Fraser argues that the United States has been colonizing space since 1789. By printing almanacs, maps, star charts, and scientific treatises, the US government shaped ideas about the cosmos and enabled the expansion of US territory, as well as the domination of indigenous, enslaved, and migrant peoples. Yet this is only part of the story. From Black publishers to Cherokee legislators to Hawaiian resistance leaders, political actors across the nineteenth century printed and circulated alternative means of understanding space and time. Star Territory suggests that the deep origins of the US state’s cosmic instrumentalism, from geospatial navigation to the weaponization of space itself, can be found in the nineteenth century, and that efforts to rationalize space and time have flattened difference and erased alternative epistemologies. But it also suggests that there are other histories that might point our way to a more complex, pluralist future.

Gordon Fraser is a lecturer and presidential fellow at the University of Manchester. His scholarship has appeared in numerous academic journals, including PMLA and American Quarterly, and his public writing has appeared in the Washington Post, the National Post of Canada, the Chronicle of Higher Education, and Lapham's Quarterly. He is a past winner of the Modern Language Association's William Riley Parker Prize and the American Literature Society's 1921 Award.

The Athenaeum was established in 1814 as a subscription library, at a time when the free public library system did not exist and collections of books, available for reading or research, were still mostly limited to institutions, schools or colleges. The Athenaeum of Philadelphia nurtures curiosity in members and neighbors, strengthening community through learning and discourse. www.philaathenaeum.org