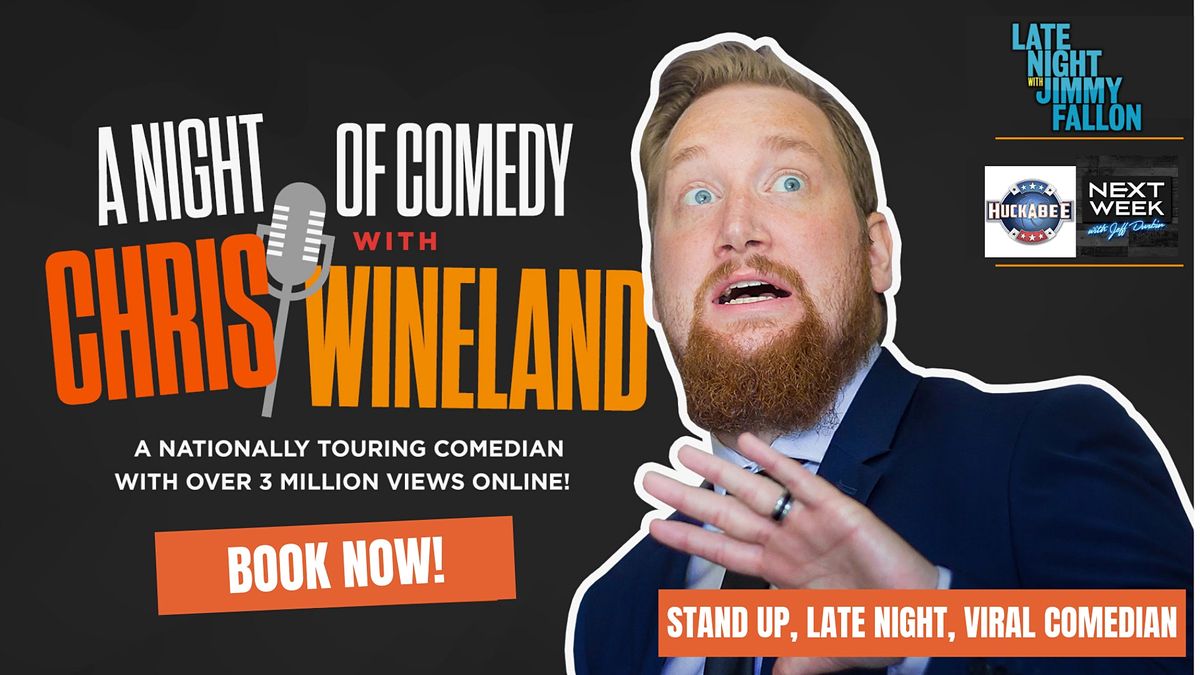 We are very excited to host the first stand up comedy night at Lightouse Theater. Performers from arround the valley will be coming together to share their very best jokes with you. The night will be hosted by Brian Sweeney. Featured comic Chris Wineland will close out the show.

As seen on Huckabee! Chris Wineland is one of the most in-demand Clean comedians and writers of today! He has brought laughs to Millions for over a decade and has written for several notable acts including "Late Night with Jimmy Fallon." Pursuing his love of late night comedy, Chris co-created the acclaimed Christian late night show "Next Week with Jeff Durbin." Chris Wineland's content has reached over 10 million views and counting! For more information on Chris, check out his website.

This show operates under the in performance division of Lighthouse Theater as a form of community development. Our goal is to have you exit the building filled with more joy and love than when you entered.

Lighthouse Theater is a local 501(c)3 Nonprofit business with the mission to"Be a Light in the Community by using acting and entertainment as a form of healing." Lighthouse Theater is located in the Sheaborhood and resides inside of Dearing Acting Studio. Nearest cross streets are 32nd St. and Shea. To find to more about how you can help further this mission visit our website at LighthouseTheater.org