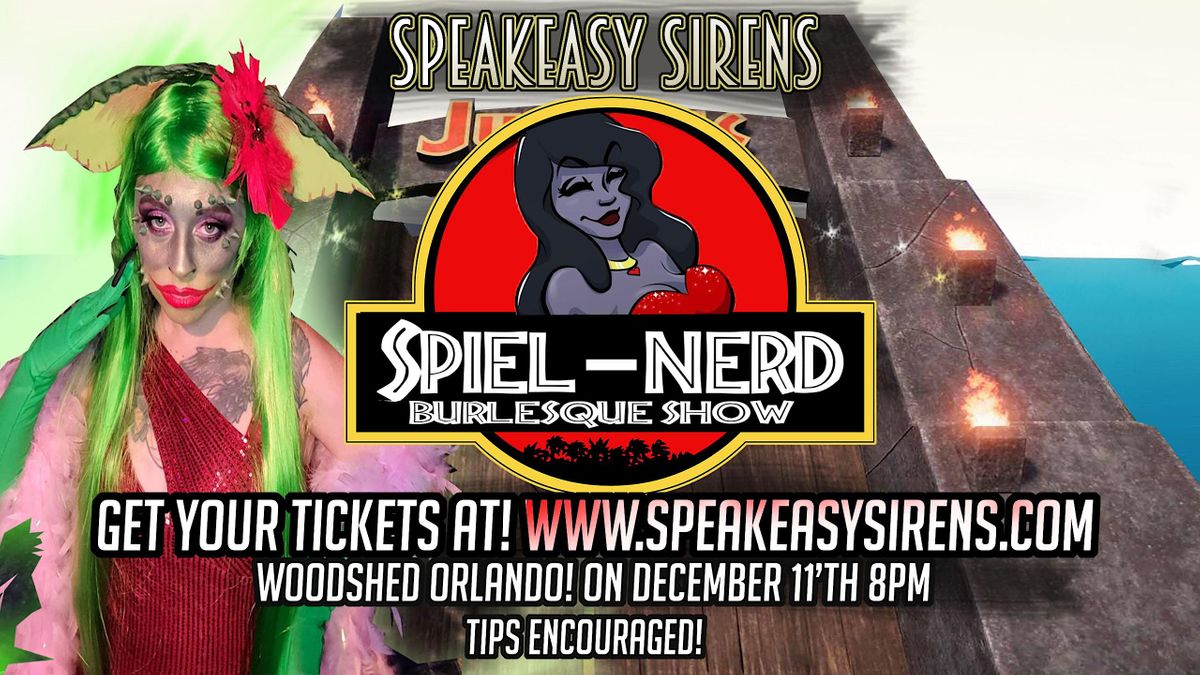 Advertisement
Let's go back....to the Woodshed! For our next burlesque adventure!
About this Event
W﻿e're going back! We cant' wait to see you all in this Spiel-Nerd tribute adventure!
F﻿rom Jaws to Back to the Future and more, we're bringing the classics back to life on this stage!S﻿how runs from 8:00PM--9:30PM (roughly).T﻿ickets have three tiers to grab them at!$﻿20 for early bird$﻿25 at the door pricing (online sales end at 7PM day of)$﻿30 for VIP, front row seating, extra raffle tickets AND cute goodie bags!
S﻿o lets kick things off with your host for the night, the talented Breakdancing Kakashi!
A﻿ staple in the Florida convention circuits, this performer mixes comedy and strength in all of his heart racing breakdancing routines! He's a thrill to watch and a joy to chat with, this cutie is ready to get his whip cracking as Indiana Jones!

Amie Hart has been performing burlesque since 2011 and specializes in nerdlesque and circus style burlesque. She loves all things related to nerd culture and has performed all over Florida bringing fandoms to life as characters such as Persephone from Lore Olympus, Retsuko from Aggretsuko, and Oogie Boogie from Nightmare Before Christmas.

With her duo partner, Hippie, the two have performed as Harts and Hips since 2015 and have been seen across the US at burlesque festivals and competitions such as The Midwest Nerdlesque Festival and Smoky Mountain Burlesque Festival. Both with her partner and as a soloist Amie strives to find new ways to incorporate her other interests, such as aerials, acrobatics, movement arts and singing, into her burlesque performances. When she's not performing or cosplaying Amie can be found playing video games, reading spicy books, or playing with one of the nine cats she lives with. 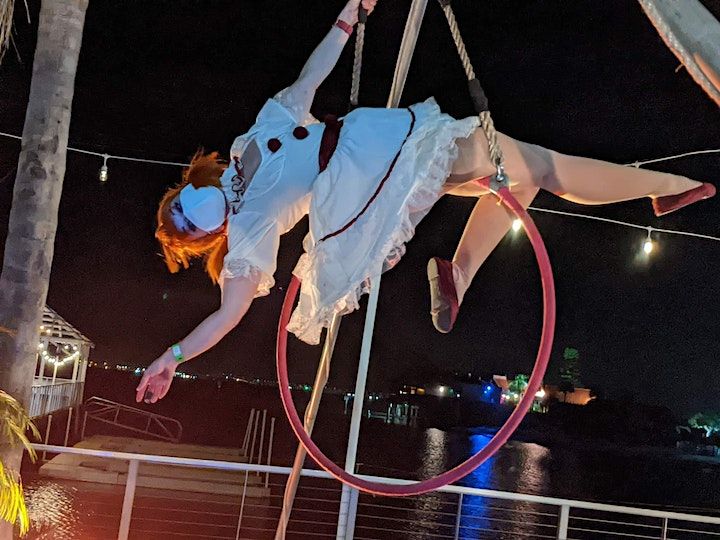 Hailing from the land down under, Bulgarian Bonbon is a sweet treat to behold on the stage! For nearly a decade, Bulgarian Bonbon has led the Speakeasy Sirens into becoming a staple in the convention circuit for Florida. A pinup lover and cosplayer, Bonbon found her comfort in the nerdy lands of anime conventions and being able to bring her favorite characters to life. After accidentally stumbling into burlesque, she fell in love with the art and found her home in the performance community. Growing up believing that the stage is made for everybody, Bonbon has remained determined to keep her stage welcome to any and all performers who want to allow themselves to live to their true potential. 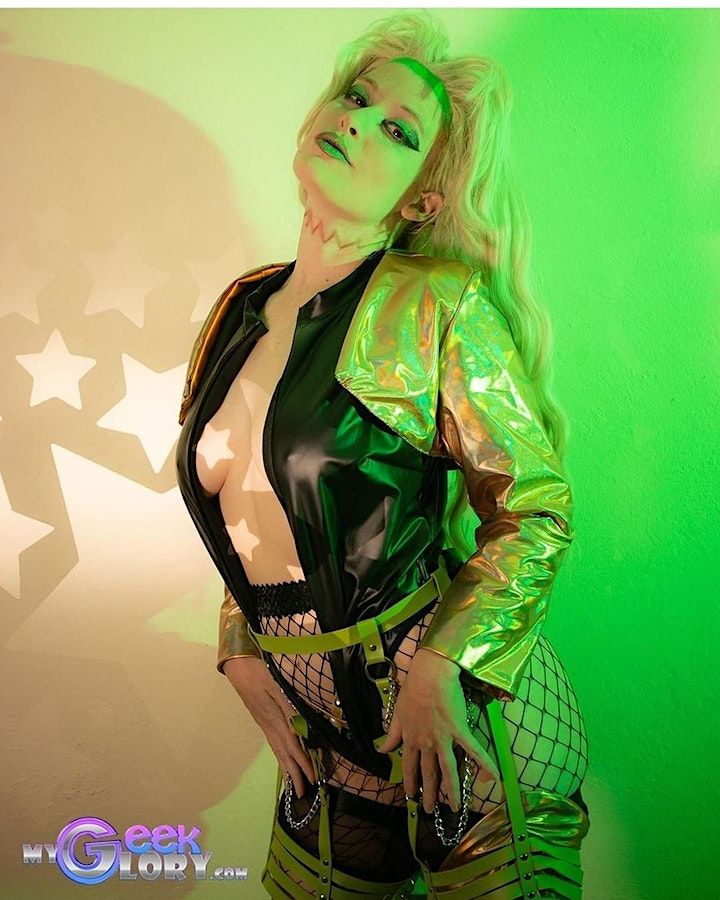 Gaymerdee is a lgbt+ cosplayer and performer bringing you flash, flips, and fabulousness with every chance he can. He’s been performing around the central Florida convention scene for the past decade doing stage combat, dancing, acting and burlesque! You may have seen him as an assortment of dazzling characters creatively gender swapped or popping to life in crazy fashions. Breaking barriers with his style and body type he has performed for Speakeasy Sirens, CRH Productions, My Geek Glory and Theoretical Rejects in multiple projects. As assistant director in speakeasy sirens, he makes sure to put all that ass in all his performances. 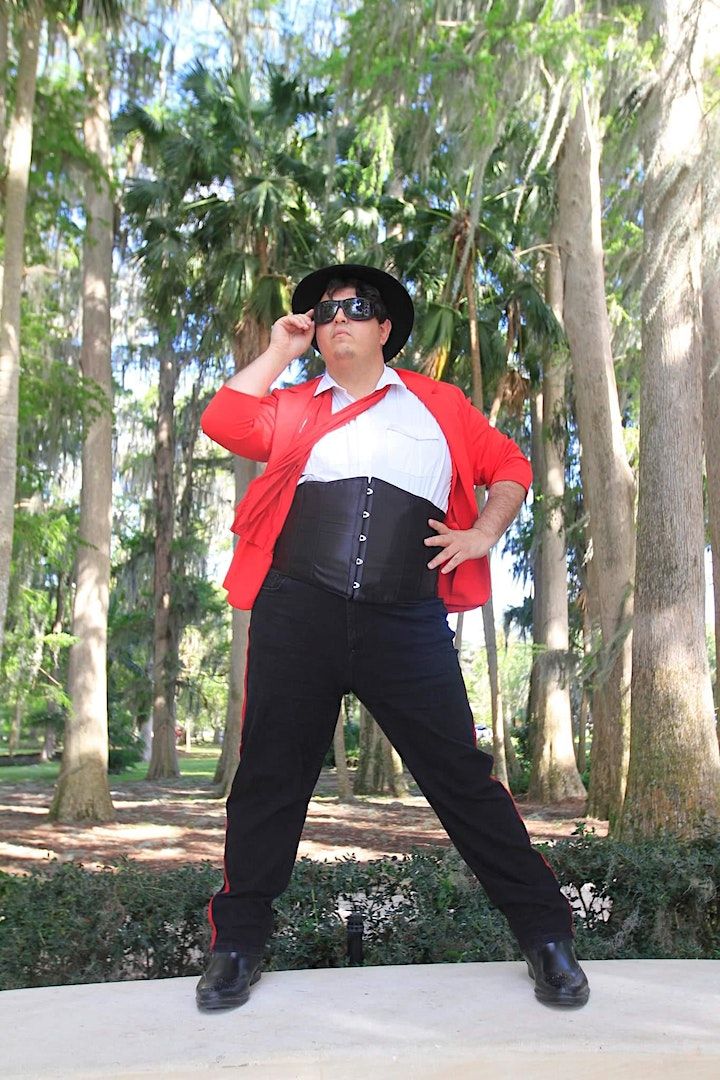 Hippie Hart has been performing burlesque for years and is known for his style which blends a heavy amount of neo-classical and nerdlesque with his theatrical flare and showmanship. He has gained notoriety in and out of Florida performing a number of fandom favorites such as Link from Legend of Zelda, Naruto, and Alfred from Batman. When he is not taking the stage solo and showing off his boylesque charm he can also be seen performing with his duo partner, Amie Hart, as Harts and Hips! 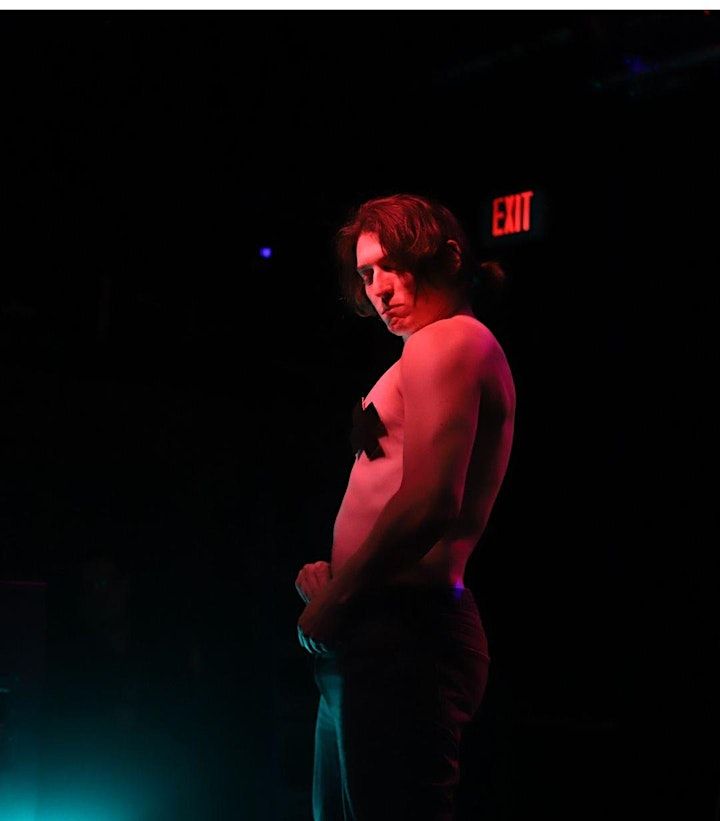 This soft spoken, ink soaked angel is always happy to dare and delight with her acro chair routines and doesn't shy away from the quirky. She's a bit nerdy and a whole lot spooky. Most recently she's performed as iconic characters such as Greta the Gremlin, Selene from X-Men, and Nadja from What We Do In The Shadows. Always up for a challenge she loves creating stunning costumes to vamp up her routines. Mixing glamor and goth she's here to creep her way into your heart, it's Ruana Rae.

Boston born, Valerie Voss has been performing in and around Orlando since 2016. Quirky and queer, she likes to include elements of humor into all her performances, blending her love of horror, cult classics, and bubble-gum pop to create jaw dropping routines that will leave audience members hungry for more. So campy she’ll leave you pitching tents, she’s here to treat every day like it’s Friday the 13th!