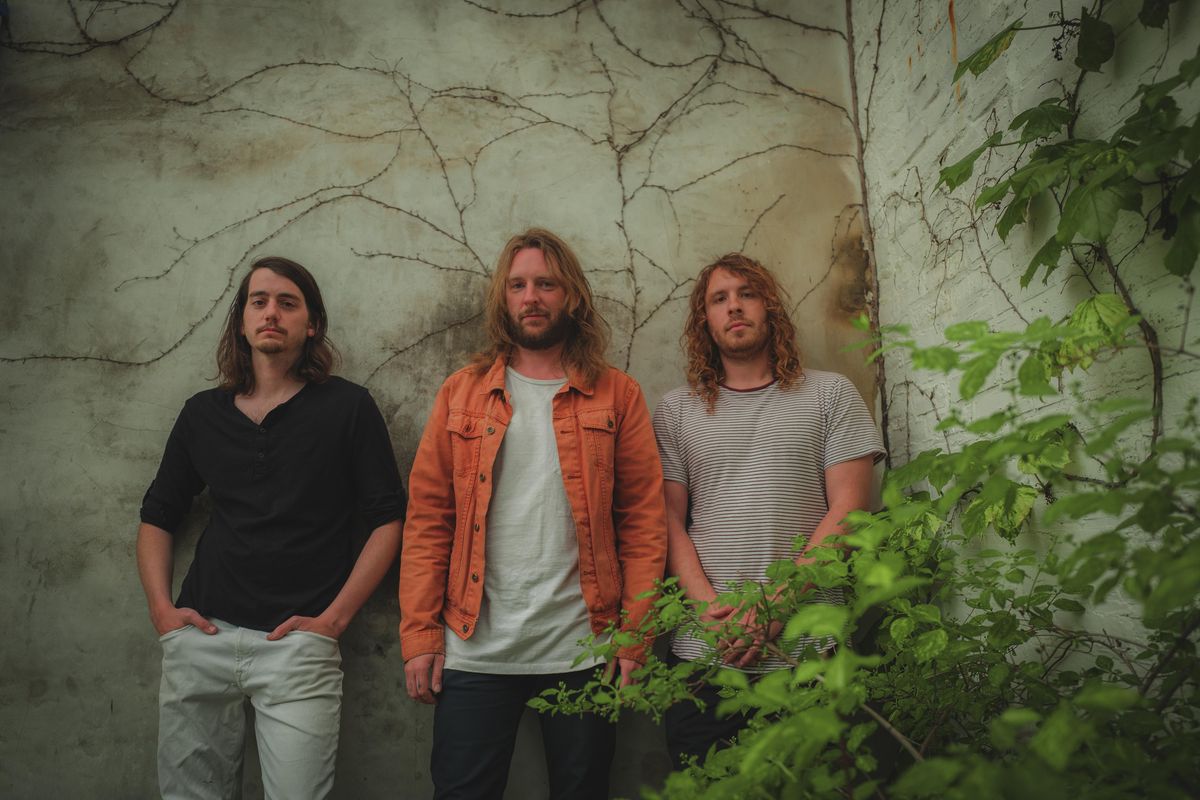 Like a bad 90’s rom-com, this one starts with a boy following a girl to the other side of the world. In this specific instance it starts with lead singer and guitarist Ceallaigh Manaaki following a girl from Australia (he’s from New Zealand though, do not get them mixed up) to Philadelphia. If you believe in horoscopes, ghosts and fairy tales you might think it was destiny that Ceallaigh was to meet Greg Geiger (bass) and Jon Pritchard (drums) within his first week in Philadelphia. Slomo Sapiens came thumping and crashing into existence the very next week.

Since then Slomos succession has been swift and unforgiving. With WXPN’s Dan Reed labeling the boys as ‘Nice and Loud’ and XPN’s the key claiming ‘Slomo Sapiens come across as more distorted, east coast version of Ty Segall’ the boys have gained themselves a reputation. After the release of their debut EP ‘Hot Milk’, Slomo Sapiens have shared stages with Bass Drum of Death, Night Beats and many other bands across the country on their ‘Ketchup Tour’ and in Vermont at ‘WAKING WINDOWS FESTIVAL’.

With release of their Debut album ‘Cabin Fever Dreams’ we saw Slomo Sapiens evolve from a three-eyed garage-goblin to a five-headed psych-serpent. Cabin Fever Dreams is a concept album about a character isolated and trapped in a cabin located on the border of ‘Sanity’ and ‘Lala land’. Deep in the uncharted back-woods of the mind. The album explores the causes and effects of losing one’s mind through the sounds of fuzzed out guitar, snarling vocals and 60s psychedelia.

In their latest release, ‘Slömo Vol. 1’ the boys explore their heavier side. A journey into the dark arts so to speak. It is a DIY demon, pulled apart, warped, and squeezed through tape. The band likes to call it their "evil twin", as it's their first foray into the dark arts while still sticking to that classic Slomo Sapiens sound. The guys introduced this sludge-sibling to their Bromos, and now each track has at least one or two guest appearances.

Inspired by iconic artists such as The Pixies, The Strokes, and The Replacements, the Philly power duo of Thomas McHugh (vocals/guitar), Anthony Fulginitti (drums) who are best known as The Retinas, effortlessly couple nostalgia with the thrills and pains of being alive. Each of their songs is a relatable anthem in its own rite, comprised of incendiary riffs, blown-out, carefree reverb, and melodic hooks that beg for entire group sing-alongs. Similar to garage revival icons like King Tuff, and Oh Sees, The Retinas give listeners solace with each earworm they serve up, leaving audiences with a sense of audible freedom and cathartic release. Their recordings offer an alternative to the humdrum fiction and contradictions of the American dream. After years of rocking out and cutting their teeth in windowless rooms of DIY spaces, The Retinas have become more than just local darlings; they're an antidote to the status quo. Like their namesake, the band’s music unabashedly reveals something so often overlooked. In your face and heartfelt (in the best of ways), The Retinas are pure rock ‘n’ roll. They’re the real deal. Without an ounce of pretentious bullshit, the best buds always know how to have a good time.

Broke Body is a 3 piece indie rock band from Philadelphia, Pennsylvania. Relying heavily on themes such as isolation, desperation and discomfort, and with a strong emphasis on dynamics, Broke Body works to fuse a bass and drum driven foundation with intense melodic explosiveness, creating a unique cocktail of grounded rhythmic pop and chaotic intensity.

They are currently recording their follow up to their ‘Bleed’ EP with Pleasure Mountain Audio and planning a late Spring ‘22 US tour.