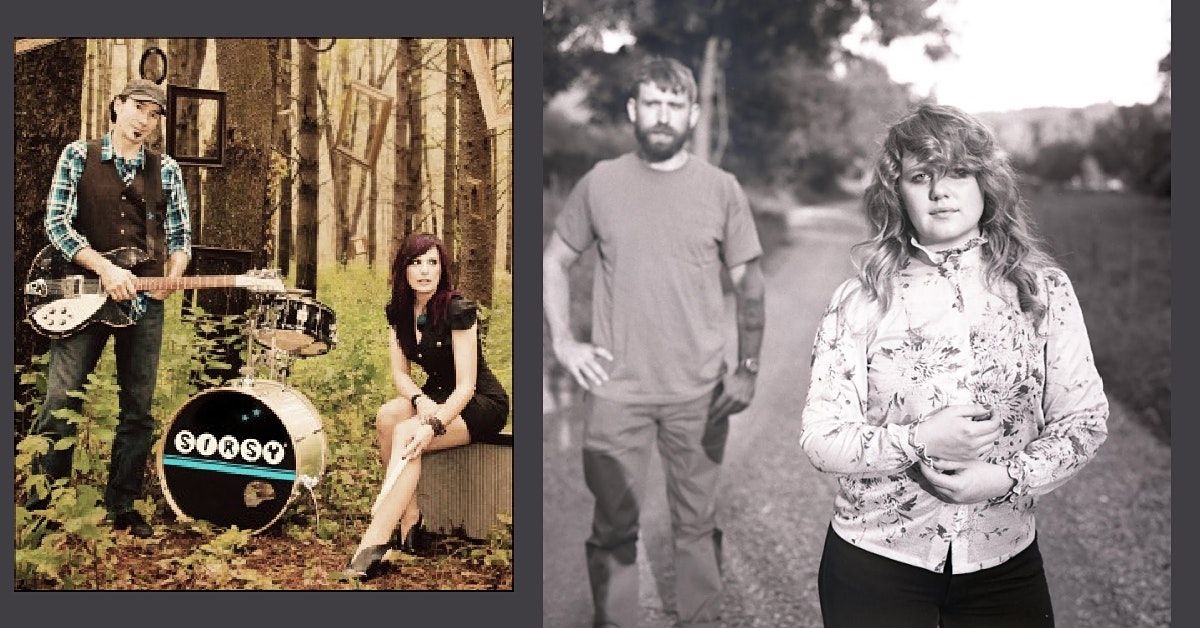 Sirsy is an indie pop-rock duo with lots of heart, soul, & sass. Hailing from Upstate NY, Sirsy wows crowds at 250 shows per year all over the US. Sirsy is fronted by singer-songwriter & drummer Melanie Krahmer (who also plays bass on a keyboard with her drumstick). Mel's bandmate, husband, co-writer, & bestie is Rich Libutti. Rich plays a well-loved and road worn Rickenbacker through a pedal board full of vintage effects (& bass on a pedal board with his feet). These 2 multi-instrumentalists manage to sound like a full band and somehow do it all with big smiles on their faces. Their live shows often include heartfelt stories, dance parties, and nerdy jokes. Sirsy's fans have supported the duo through the pandemic, their 11 records, and Mel's 2 bouts with cancer. So, every show is like a celebration for this couple and their fans. Come celebrate life with them! And as always... May the force be with you.

"SIRSY is your favorite band, you just don’t know it yet." – Rochester City Newspaper.

Both Melissa Wright and Daniel Zezeski, who met seven years ago in the green room of a Hackensaw Boys show, have deep musical roots. After spending her high school years performing on the regional bluegrass circuit, Wright studied vocal performance at Berklee College of Music in Boston before moving back to West Virginia, where she now teaches guitar, piano, and voice lessons. Furniture maker Zezeski cut his teeth in punk and ska bands as a teenager in Scranton, PA, eventually leaving home to hop trains and ride the rails with his Epiphone Hummingbird guitar in tow.

After years on the highways of the South and Mid-Atlantic, three self-released records, and a recent connection with WarHen Records, the pair found themselves road worn, laid off, and broken down, humbled by the onset of a global pandemic, ongoing political unrest, and uncertainty of life as musicians. They settled in for the summer in their A-frame cabin in the woods of West Virginia, wondering whether their already-recorded album, Thumbs Up Angel, had a valid place in the current landscape.

Turns out that for these two, wondering is best accomplished while wandering. They took to the seats of their rumbling motorcycles, spinning through the trees of the Blue Ridge Mountains and the haunting battlefields of Antietam and Gettysburg to ruminate on their role as writers, creators, and musicians. “It’s not our job to decide whether or not our music is important,” says Wright. “It’s our job as writers to make music and put as much of ourselves into our art as humanly possible. It’s out for others to enjoy, and to hopefully inspire others to create their own works of art. That’s what’s important now.” Mink charged ahead with their 2020 release of a collection of songs that reflects back, looks forward, and recognizes the occasional value of getting sidetracked.

Thumbs Up Angel has been described by BandCamp as “...a shimmery work of melancholy modern country.” Mink’s Miracle Medicine is an evolving pursuit--a concept, a duo, a collaboration, a two-wheeled vehicle of musical expression that sparkles with intensity whether rolling down the open highway or pulled up for the winter.