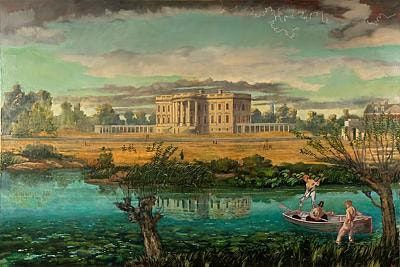 With Lafayette Sq. across from the White House now reopened, take a trip back into the dark wild history of D.C.’s most famous sites!

Where: Meet at the General Jackson statue in the middle of Lafayette Square.

Who: Your host is a former writer for Jay Leno’s “The Tonight Show”, the author of the book America from A to Z, a former presidential speechwriter, and writer of a book on the history of Lafayette Square:

What: Perhaps because of its proximity to great power and wealth, the White House, Treasury Building, and Lafayette Square area has been witness to two centuries of mayhem and mischief, and even some positive events. We will visit many actual sites of espionage and bloodletting, drawing from the following:

• The Treasury spy whose treason led to Pearl Harbor

• The assassins who stalked Presidents near the White House

• The Congressman who murdered a famous American

• The sex scandal that wiped out an entire Cabinet

• The cunning Mata Hari who caused the deaths of hundreds of U.S. soldiers

• The tragic end of a famous female artist

• The secret symbols within the Square’s architecture

• Graveyards and race tracks in the Square of old

• An invading army’s destruction of the Executive Mansion

• The femme fatale who nearly broke up Camelot

• Duels to the death in the Old Republic

• A traitorous head of the U.S. Army