Bah Humbug: Christmas comes but once a year – a study in Politics, Literature and Art

Frank Vigon explores how the Christmas story from its religious origins to its absorption into the annual festival sometimes detaches itself from its spiritual content and merges into a ‘consumer fest’ in which hedonism outweighs the original message. We trace the way in which politicians have used Christmas and seek to understand why it is often promoted as a political strategy.

Artists and writers have portrayed the season of goodwill and have left us with indelible childhood memories of roaring fires, coaches, holly, cornucopias of treats and laughing families with faces illuminated by the candlelight and delighted by the groaning table of excess surrounding a larger-than-life turkey. Christmas has been cancelled or been demoted, but it returns every year drawing in the believer and unbeliever alike.

‘Irving Berlin has no place in American music – he is American music'. That is how his fellow song-writer Jerome Kern described Berlin, and with some justification, since his career spanned the history of twentieth century music in the USA - from ragtime to rap.

Steve Millward explains how Berlin's music was known all around the world, a remarkable achievement for someone who came from the humblest of backgrounds. Berlin will always be famous or his 'White Christmas', the biggest-selling single of all time - but a song with surprising origins. This account of Irving Berlin's life and work will be illustrated by examples of his music on film and on record. 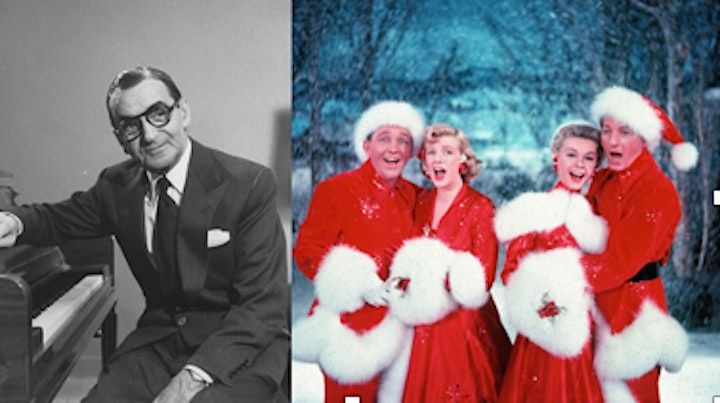