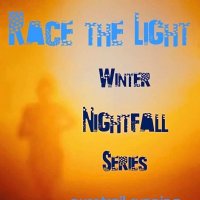 Another new location for Puretrail running with the Event Centre at Morwellham Quay. This is our first time foraging the high trails above the River Tamar. We're kicking off with this tortuous 10km....at least there's a pub at the finish line!

Our original Race The Light will be back in Mothecombe on the Erme Estuary for a 4th consecutive year and this time joined by two other Nightfall Races one from the banks of the River Dart at the River Dart Country Park and another high above the Tamar Valley with the event centre at the UNESCO World Heritage Site Morwellham Quay.

Our third race of the new Winter Nightfall Series and the most vertiginous by far.

6.5 miles in total starting riverside at Morwellham Quay the initial ascent is eye-watering. The Tamar trails are by nature steep and unforgiving. But RTL Tamar Valley is as quirky as they come.. there’s even a section of rail track to run along back to the finish. So no chance of getting lost.. even in the dark!

Race start time will be 5.15pm

The course will be fully marked and marshalled.

First aid on course and at HQ.

pureTrail clothing Merchandise available to purchase through the entry process and available for collection on Raceday - Hoodies technical t-shirts beanies and multi-functional headwear.

**ENTER ALL THREE RACES SIMULTANEOUSLY TO RECEIVE AN OVERALL £9 DISCOUNT**

RACE THE LIGHT ‘NIGHTFALL SERIES’ TROPHIES TO THE CUMULATIVE WINNERS BOTH MALE AND FEMALE.

**** As an organisation we are now cupless to save our plastic usage. Bringing your own cup is mandatory. A head torch is also mandatory ****

Dogs are not permitted with runners during the race.