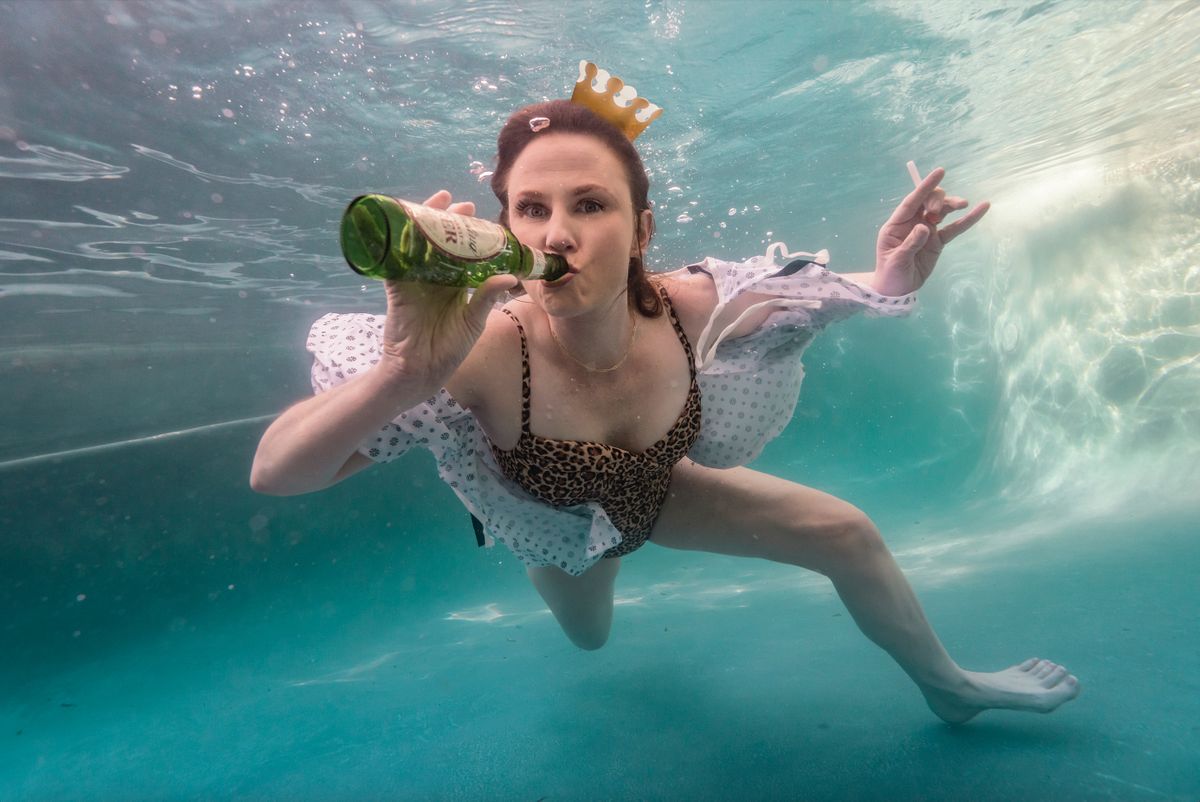 Advertisement
A solo show filled with hope and profanity.
About this Event

"Queen of Fishtown" is a character comedy set in Philadelphia about the struggle to maintain one's authenticity while facing inevitable change. Bad enough Kathleen Burke's neighborhood has gentrified around her, when she gets the surprise of her life at her 40th birthday party it triggers her own high stakes battle between “woo-woo” healing and working class attitude.

Queen will be in Philadelphia at Plays and Players July 20th - 24th.

After that Queen is headed to London to Preview at King's Head Theatre before landing in Scotland to perform at the Edinburgh Festival Fringe!

In November Queen of Fishtown will be on theater row in NYC for United Solo Fest.

If the ticket price is an issue, email [email protected] because we would rather have your butt in a seat, a smile on your face and a Mummers Strut in your heart more than anything else. We can work it out. Can't wait to see you in our audience!

Katierose Donohue Enriquez (WRITER/STAR of “Queen of Fishtown”) is an actor, writer, producer, director, and host living in Los Angeles. Originally from the Philadelphia area, when Katierose moved to Los Angeles she began studying and performing at LA’s premiere sketch and improv theater, The Groundlings. That is where she met Corey Podell (director.) Together, the two went on to found two long-running and sometimes even award-winning sketch groups: Three Hole Punch and Big Boss Comedy. Both women were invited into the Groundlings Sunday Company, which writes and performs a brand new show every week. They later created “Ma’am” all female, live, sketch comedy showcase. Katierose continued to produce and perform in "Ma’am” featuring a rotating cast of phenomenal women for the next 4 years. Her solo sketch showcase, “THAT WOMAN!” was directed and mentored by “Saturday Night Live’s” Mikey Day.

Katierose co-wrote, starred and produced a short film, DEALBREAKER that was an official selection at several film festivals, won the Audience Award at the Media Film Festival and opened the inaugural ROM-COM night at the Rincon International Film Festival in Puerto Rico. TV credits include: 2 Broke Girls (CBS), How I Met your Mother (CBS), The Comeback (HBO), Future Man (HULU), American Crime (ABC), Astronomy Club (NETFLIX) & more than a dozen national commercials. Katierose received her MFA in Acting from The American Repertory Theater's Institute at Harvard University and The Moscow Art Theatre. She has her BA in Fine Arts from Rider University, which she attended (one million years ago) on a full tuition scholarship for Acting and received the President’s Award upon graduation. But, as Kathleen Burke (the titular “Queen”) would say, “okay… well, la-di-da.”

Corey Podell (DIRECTOR of “Queen of Fishtown”) is a Florida raised, LA based, director and performer. In 2019 Corey co-devised the one woman clown show, "Gutterplum", which was produced by the Soho Theatre in London and had a sold out run at the Edinburgh Festival Fringe. She is an alumni of the Groundlings School and Theater where she now teaches, performs and regularly directs the show "Bad Company". Corey studied performance and clown with Phil Burgers, John Gilkey of The Idiot Workshop, and Deanna Fleysher and is part of the LA clown troupe "Clown Zoo" who perform at Griffith Park and The Elysian Theater regularly.

Corey often works as an acting coach on TV and film sets and has directed three short films of her own in as many years. She has appeared as an actress in Transparent(AmazonPrime), Two Broke Girls(CBS), The Comeback (HBO), and Jimmy Kimmel Live!(ABC)

Thanks for reading all of that! GO BIRDS!